Have you ever heard the story about the similarities between Abraham Lincoln and John F. Kennedy? Well, for starters, they were both U.S. Presidents. They both made political strides in favor of racial equality and were both ultimately assassinated. Pretty interesting coincidence, right? Well, the story gets cooler when you look deeper.

For example, along with both having seven letters in their last name, they were elected to the House of Representatives (1846, 1946) and as U.S. President (1860 | 1960) exactly 100 years apart. They both defeated the incumbent VP to win the election (Breckenridge | Nixon) and both of their own VPs were Southern Democrats with the last name Johnson (Andrew & LBJ).

Both were assassinated on a Friday, in the presence of their wives, with a fatal shot to the back of the head by a man referred to by his first, middle and last name (John Wilkes Booth | Lee Harvey Oswald) that were killed and never faced trial. Lastly, Lincoln was shot in Ford’s Theatre and Kennedy was riding in a Ford when he was. What type of Ford you ask? A Lincoln of course.

While one emancipated slaves in one century, the other was a proponent of the Civil Rights Movement in the next. Now, whether you agree with their motives, or feel that they were overrated, you can’t deny their popularity or impact. For America — Black America especially — we are lucky to have had them; and they also tell an interesting tale.

It’s safe to say that lightning struck twice here because the parallelism in their story is just too freaky. But could lightning strike twice for Black America… TWICE? Sho’ nuff.

15th anny of The Blueprint today.

A year ago, our country mourned during the 15th anniversary of one of the lowest and most devastating moments in American history, 9/11. Thousands of lives were lost, and countless more have been affected in the years since. There probably is no greater “where were you when” moment of our lifetime.

As a Hip Hop head, I also know today to be of something else of great importance to me. It’s the anniversaries of Jay-Z’s The Blueprint and Kanye’s Graduation. A year ago today I celebrated the 15th anniversary of Blueprint with a tweet. This year I’ll honor Graduation’s 10-year with this article, an expose on how lightning struck twice in Hip Hop, on September 11th.

I’ve always personally felt like these two albums, along with both being really good, had interesting effects on each of Jay-Z and Kanye’s respective careers, but it wasn’t until I took it to the drawing board, that I realized they have much more in common than just an anniversary.

We can start with them both being released for Roc-A-Fella Records/Def Jam and having 13 tracks apiece. Each album had four official singles as well (Izzo, Girls Girls Girls, Jigga That N****, Song Cry | Can’t Tell Me Nothing, Stronger, Good Life, Flashing Lights).

You probably know that Kanye produced a lot of songs on Graduation but some may not remember that he produced many of the songs on The Blueprint too; well before he was in the limelight. On the other hand, while Jay-Z isn’t much of a producer, he still had a hand in the Graduation release as he was the president of Def Jam when it was released in 2007.

Also of note, both artists had beef with a rapper from Queens at the time of these releases (Jay-Z vs. Nas & Kanye vs. 50 Cent). While no one can ever forget the Ether/Takeover feud, few remember that 50 vowed to quit rapping if Kanye outsold him in the first week. Of course Ye won by about 300,000 albums and though 50 didn’t quit rapping, he never made that mistake again. 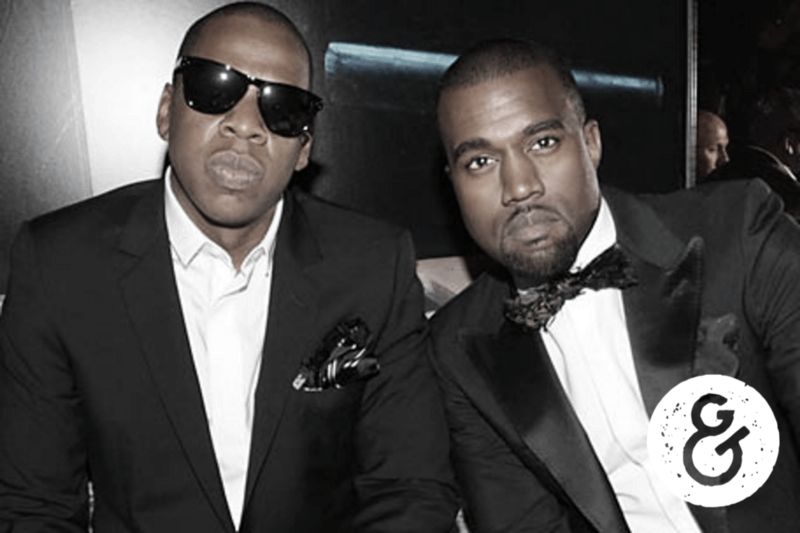 Both The Blueprint and Graduation’s first song samples a rap legend. As a matter of fact, Kanye’s opener Good Morning (“Hustlers, that’s if you’re still living, get on down!”) sampled The Blueprint’s first track (“The Ruler’s Back”), which was a sample itself! “The Ruler’s Back” sampled the great Slick Rick’s track of the same name (“gather round party goers as if you’re still livin’, and get on down to the old Slick rhythm”) from ten years prior.

Even their final tracks were similar as they were both autobiographical accounts that addressed people in their lives that they looked up to. Jay-Z’s Blueprint (Momma Loves Me) is about his mother and family while Kanye’s Big Brother is for Jay-Z and other rappers/producers he admired.

While Blueprint was the start of a trilogy (Blueprint 2: The Gift and the Curse, The Blueprint III) for Jay-Z, Graduation served as the end of Kanye’s 3-part series (College Dropout, Late Registration). In the end, they both made it to #1 on the Billboard 200 charts, went double platinum (with each selling about 2.7 million albums), and represented each artist’s respective jump towards a bigger and broader appeal.

Perhaps their surges in appeal and popularity all culminated on 2011’s best seller Watch the Throne, when they created groundbreaking work together further cementing their greatness as rappers as well as the legacy of Hip Hop’s culture all over the world.

So to recap, we have two rappers that released two albums on the same day, six years apart, with the same amount of tracks and radio singles, sampling each other, all while selling roughly the same amount of copies. It’s safe to say lightning struck twice here.

But what does that mean?

There are countless opinions out there about Jay-Z, and even more about Kanye both as artists and otherwise. You may believe Lincoln didn’t actually care about the slaves or don’t agree with JFK’s outside relationship with Marilyn Monroe, but that’s not what’s important here.

The takeaway is that when lightning strikes in the same place twice, it’s for a reason!

Why? Because some things need to be revisited so that we don’t forget them. Ever.

JFK and Lincoln didn’t have similar lives, political careers and assassinations out of happenstance. Lightning struck twice so that our current generation would never forget the parallels of our plight as Blacks in America (both as “slaves” and “coloreds”). God forbid we have to learn the lesson again this century, but it certainly wouldn’t shock me.

We’ve watched Jay-Z and Kanye lead the charge in not only creating some of the best music of our generation, but breaking social barriers in sports, fashion, business, and design each in their own unique way. We can only imagine the tales our grandchildren will inherit all because lightning had the nerve to strike twice. Once in the Oval Office, and the other in Hip Hop on September 11th.

American history has a very polarizing quality to it. Only the winners tell their stories and “truths” can be erased any day which is why this story, and so many others, are to be remembered forever. 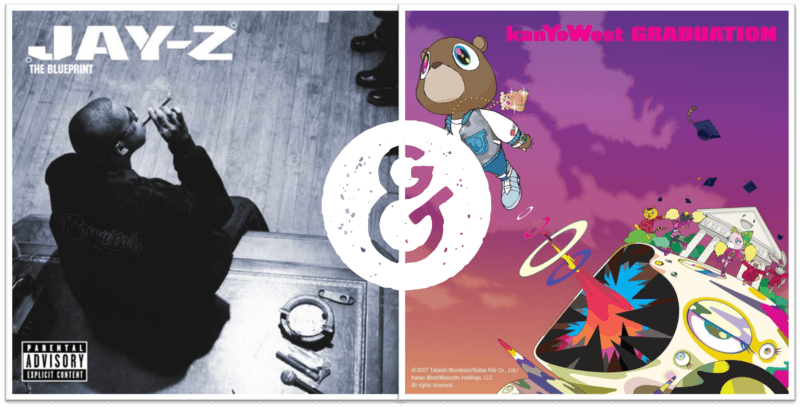 When lightning strikes twice, it means that something very very special has happened and it’s our job to pay attention. While we’re at it, it wouldn’t hurt to give them both a spin today.