Afro Puffs is the first single released by The Lady of Rage in 1994 from the Death Row labeled  Above the Rim: The Soundtrack.

The term that the title refers to is a hairstyle in which the hair is tied into ball-shaped masses at the top or sides of the head. 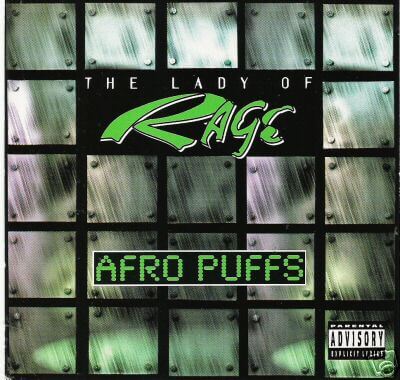