Driven by the piano and saxophone sample of the Fatback Band’s “Gotta Learn How To Dance”, “Streets of New York” is a song about the social issues in New York City’s ghettos, such as alcoholism, domestic violence, drug abuse, gambling addiction, gun violence, homelessness, police corruption, poverty, and prostitution. In a 2014 interview, Kool G Rap recalled his inspiration for the song:

“I’ve seen things like a blind man playing saxophone driving through Harlem when I was young. That just comes from my involvement in New York City. All this s*** you would’ve seen, especially in the 70s. You would see dope fiends on the corner, dudes with puffy hands from shooting so much dope. I’ve seen that sh*t a lot, man. I’ve seen dudes with no eyes in their sockets. I’ve seen a chick with a f**king slit across her throat. I was always a part of the streets. You know how many dudes around me did sh*t, killed people and got killed? I wasn’t detached from the streets at all.”

“Streets of New York” was Kool G Rap & DJ Polo’s second music video and shows a number of situations described in the song such as, a girl named Sonya who is suffering from pneumonia and whose mother works as a stripper, an alcoholic man who beats his wife every day until she stabs him, three drug dealers being murdered in an apartment, a mother who commits suicide by overdosing on sleeping pills, and a man being shot by a corrupt police officer. A man playing a saxophone is shown throughout. (Wikipedia) 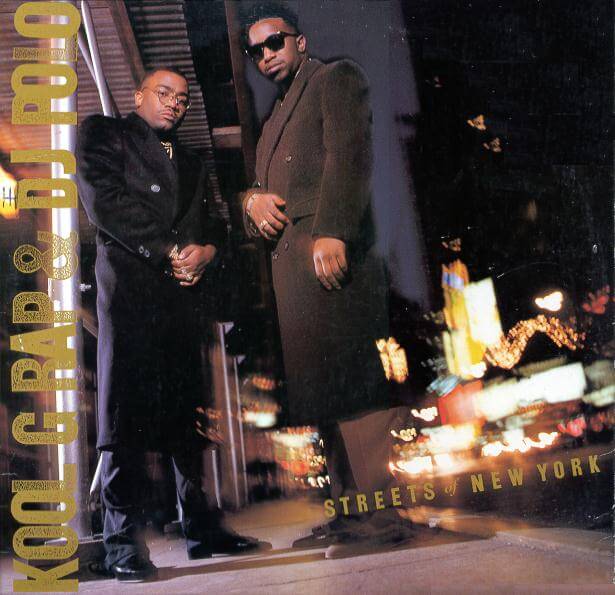