“Ya Playing Yourself” is the first single from Jeru The Damaja’s second album Wrath Of The Math.

Wrath Of The Math was completely produced by DJ Premier and continues the themes of Afrocentricity, preserving Hip Hop culture, and more about the harms of materialism that were discussed on Jeru’s debut album The Sun Rises in the East.

In its liner notes, it even says, “This album was created to SAVE hip-hop and the minds of the people who listen to it.” One significant track that intends to uphold Jeru’s vision of Hip Hop is “One Day,” where Jeru tells a story of Puff Daddy, Foxy Brown, and Bad Boy Records kidnapping somebody named Hip-Hop. The Notorious B.I.G. took offense to the song, being that he was signed to Bad Boy Records, and closely affiliated with Puff Daddy and Foxy Brown. Biggie retaliated by throwing subtle jabs at Jeru in the song “Kick in the Door” (which was also aimed at other rap artists as well.) The track “Me or the Papes” contains aim for Puff Daddy, Jeru stating, “My name ain’t Puff, I ain’t got loot to waste,” to which Puff Daddy didn’t respond. (Wikipedia) 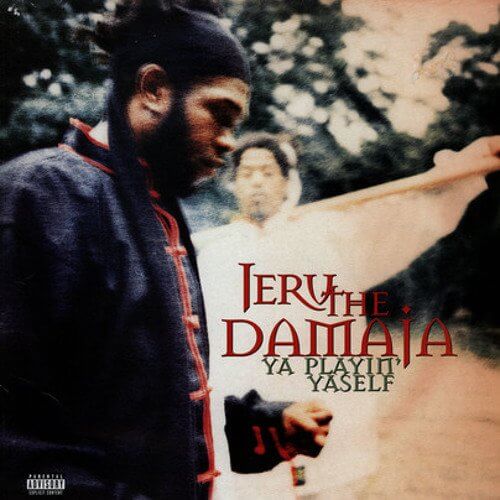