We were introduced to her back in ’93 when she appeared in Sister Act 2 alongside Whoopi Goldberg and a cast of some ridiculously talented kids. It was during that one scene with Tanya Blount where they sang “His Eye Is On the Sparrow” that we fell in love with Lauryn Hill‘s incredible talent. It was also the point where we collectively threw the remote at the TV every time that damn nun interrupted them – no matter how many times we’d seen it and knew she was coming in to ruin that beautiful duet.

1996 brought us The Fugees‘ landmark LP The Score, solidifying Lauryn Hill’s already undeniable impact on Hip Hop. Her clever delivery and strong lyricism was money, combined with those amazing vocals manifested an artist unlike anything we had ever heard – even today.

The label “talented singer” is a misnomer and can be vaguely applied to a wide variety of vocalists from the auto-tune generation, pop, gospel, R&B, or even broadway. The super-refined divas are well known and can be seen as untouchable to some. Whitney Houston was the queen for what seemed like an eternity, and elegantly shared the stage with an equally talented Mariah Carey spoiling us all. Beyonce is the undisputed superstar of this generation and a deserving role model for millions. They are supremely talented, and the media has done an “admirable” job keeping them relevant for their allotted time periods – but sometimes all of that polish and majesty doesn’t reach or supplement emotion the way one sometimes needs when reaching for their iPod. While “angelic” would be a mis-categorization of Lauryn’s sound, her voice is unequivocally as divine as any of them.

Stevie Wonder is arguably one of the greatest singers and entertainers of all-time with a countless catalog of classic material to choose from. Most will say songs like “As”, “Ribbon in the Sky”, “My Cherie Amour”, or even “I Just Called to Say I Love You” rank among his best. While it’s hard to argue with these selections, for me a lesser known record of his stands out from them all. “I Never Dreamed You’d Leave in Summer” is a simple song performed with a pain that is undeniable. The way this song builds from Stevie’s quiet piano solo in the beginning to the ending cry “Why didn’t you stay?!”, is enough to squeeze a tear from anyone no matter how many times its replayed. There is a quiet suffering behind this performance that demands to be heard…and felt.

“Donald Matthews will be a great writer when he suffers more…”

A quote from one my favorite movies, “The Five Heartbeats”, which was infinitely more famous for its soundtrack than pivotal quotes. But for some reason this line is what I remember most about the film, and one that I go back to often whenever I hear a record that reaches my soul. I always wonder what inspired not only the lyrics of that song, but what the artist was feeling to bring out that emotion during its creation. Lauryn always seemed to bring that raw emotion and authenticity to her performances that made heads turn out of curiosity and intrigue. In short, she made us genuinely care about her.

Roberta Flack is an artist who has performed some of the most soulful R&B songs ever made – from any time period. Having the great Donny Hathaway at your disposal certainly makes this an easy statement to suggest, but one song in particular was delivered with a depth and torment that only the complexities of love could bring out. If ever a comparison was to be made, Lauryn Hill is most definitely born from this school of artists which would also include the great Billie Holiday and Amy Whinehouse.

“Killing Me Softly” was a song I was immediately familiar with, having heard my mother sing it countless times – and with the appropriate affliction it deserved.  It’s a singer’s ballad, one that comes from deep within the chasm between yearning and heartbreak.

Strumming my pain with his fingers,

Singing my life with his words,

Killing me softly with his song,

Killing me softly with his song,

Telling my whole life with his words,

Killing me softly with his song

Upon hearing The Fugees’ rendition of this classic, it immediately endeared itself to millions of 70’s babies like myself, who no doubt had similar experiences as I with the Roberta Flack version. Skyrocketing to the top of every imaginal R&B/Pop/Hip-Hop chart worldwide, The Fugees had finally arrived, but it was Lauryn Hill who had our soul’s attention – and she wouldn’t let go.

There were two other members of the group in Wyclef Jean and Pras, but she immediately became the beautiful doyenne of our beloved culture in a genre dominated by rugged and witty street poets. Lyrically, Lauryn could hold her own amongst any of them which she proved over an over as each track played out from The Score.

I play my enemies like a game of chess, where I rest

No stress, if you don’t smoke sess, lest

I must confess, my destiny’s manifest

Bless you if you represent the Fu

But I’ll hex you with some witch’s brew

I can do what you do, easy, believe me

Fronting n***** give me hee-bee-gee-bees

So while you’re imitating Al Capone, I’ll be Nina Simone

And defecating on your microphone

She wasn’t the first female MC by any means – but there was definitely something different going on here. There was a purpose and a feeling to the delivery of her message that aligned her more as an activist and purveyor of the culture. She put Hip Hop in general on notice, even portraying popular artists of the era as Al-Capone-wannabees. Lauryn saw the art form as something much more important and studied her craft, aiming to have the same impact as the incomparable Nina Simone. Ms. Hill knew her history and was eager to teach us.

Then came 1998 and the release of her legendary LP The Miseducation of Lauryn Hill. Without hearing so much as one track of this album, the overall feeling that this was a special moment in Hip Hop was overwhelming. Beginning with the title of her LP and its obvious relation to the Dr. Carter G. Woodson book The Mis-education of the Negro, it was clear that she was on a serious mission to cleanse her soul before the Hip Hop community. In doing so we could see that she hoped to open our collective eyes to the immeasurable influence that Hip Hop culture provides and use the platform as a powerful tool of upliftment. 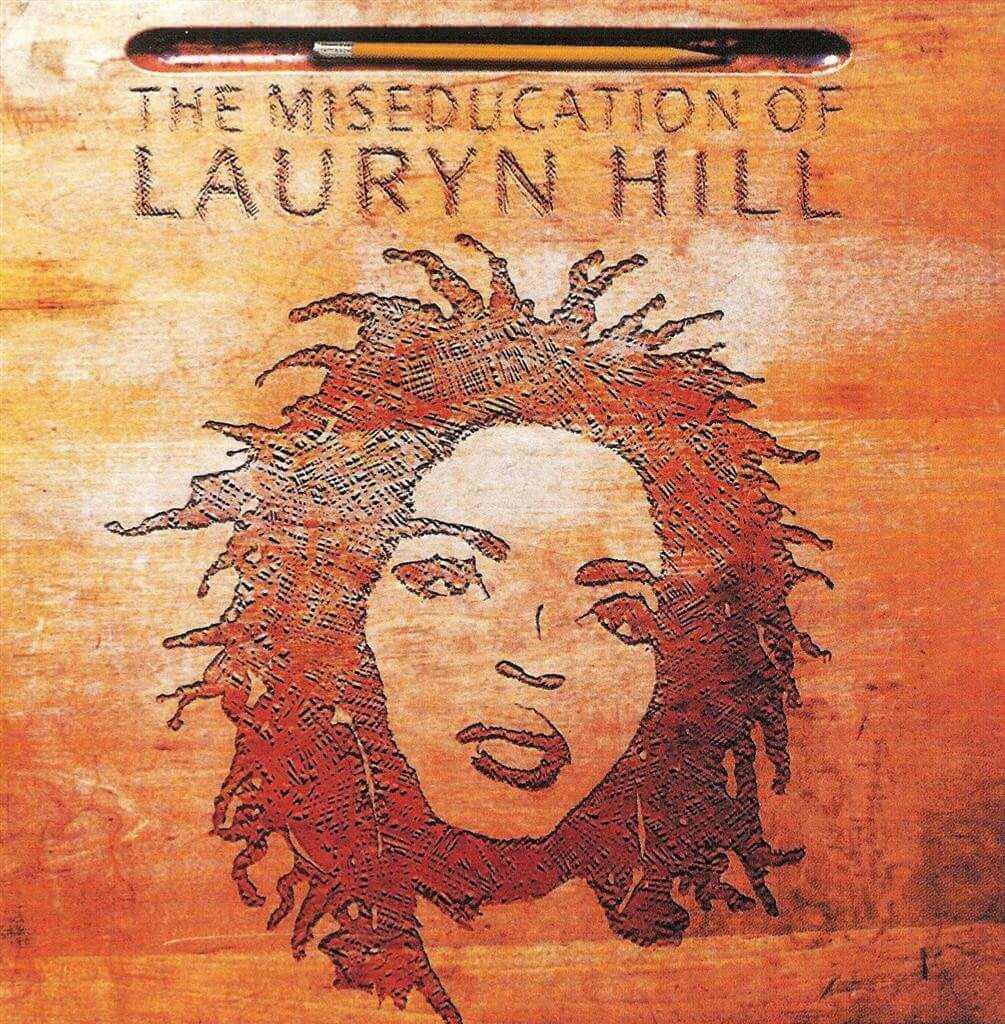 The appeal was massive, and records like “To Zion” endeared her to us like no one else as she exposed the emotional roller coaster ride of preparing to have her first child under less than ideal circumstances for the world to see.

Unsure of what the balance held

I touched my belly overwhelmed

By what I had been chosen to perform

But then an angel came one day

Told me to kneel down and pray

For unto me a man child would be born

I knew his life deserved a chance

But everybody told me to be smart

Look at your career they said,

“Lauryn, baby, use your head.”

But instead I chose to use my heart

Another track, “Ex-Factor”, writhed with the same yearning and heartbreak we heard on “Killing me Softly”. There was honesty, frustration, hope, and anger in her songs – and we all related to it immediately.

It could all be so simple

But you’d rather make it hard

And we both end up with scars

Tell me, who I have to be

To get some reciprocity

No one loves you more than me

And no one ever will

Lauryn Hill is still performing and extremely busy touring around the world, but one of her recent records stands out to me as possibly her absolute best. In a tribute to her idol Nina Simone, she participated – along with other artists such as Common, Mary J. Blige, and Usher to name a few – in a project titled “Nina Revisted…”. On that tribute album was a track I’ve Got Life, where Lauryn’s amazing lyrical ability and vicious delivery were put on display putting the hip hop community on notice yet again. If there was ever a reason to maintain lists of top emcees, it was to put artists like Lauryn on them – towards the top end. A clear message that she still has it and can shut it down wherever and whenever she feels like it.

No more, not me, codename anomaly

Cause there’s just no match for the prodigy

Sovereignty, the god in me

Lauryn Hill is completely real which is all we could ever ask for – and has always been there. More importantly she is one of us and not afraid to keep touching us with her light.