“Jump Around” is a hit song House of Pain, produced by DJ Muggs of Cypress Hill.

The song features a distinctive horn fanfare intro, sampled from Bob & Earl’s 1963 track “Harlem Shuffle”. The song also samples “Popeye (The Hitchhiker)” by Chubby Checker, but it is best known for a high-pitched squealing tenor saxophone sound that appears at the beginning of almost every bar—66 times in the course of the recording—sampled from the opening of the Junior Walker & the All Stars track “Shoot Your Shot”.

The music video for “Jump Around” was filmed during the 1992 New York City Saint Patrick’s Day parade. Portions of the video were filmed during the parade route as well as Central Park and Old Town Bar and Restaurant. New York Yankees super fan and Yankee Stadium regular Freddy Schuman can be seen in the parade crowd, ringing his signature shamrock pan near the end of the video. The video ends with a dedication to the memory of Matt Champy, a friend of the band who died in 1992. (Wikipedia) 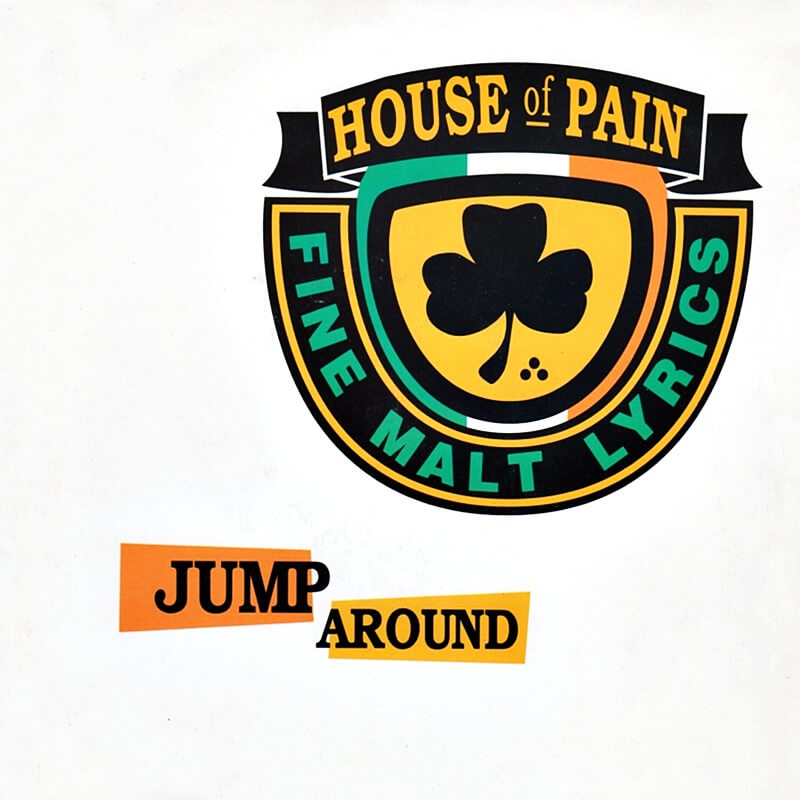