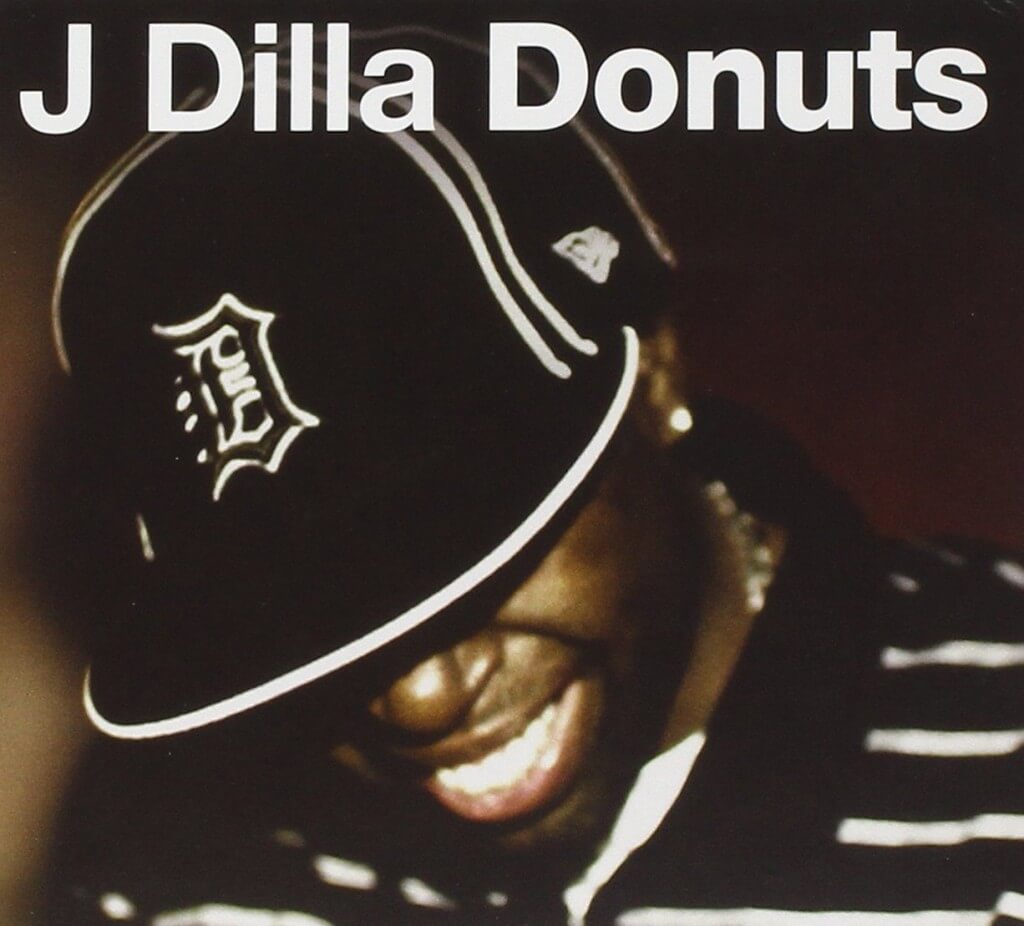 As an artist, James Yancey was more concerned with how sound is interpreted and how it affects mood than with his audience making a direct connection between his samples and their source material. Unlike the cultural collaboration of mash-up and its ironic pretense, Donuts is all cerebral exercise, emphasizing and expounding upon the commonplace just before stripping it of meaning and origin. Freed of context, individual sounds, even the most distinguishable, become pieces of a new framework, one sophisticated enough to satirize the old guard on one hand, while celebrating its influence on the other.

The sheer technical wizardry and innovation, evident in Yancey’s ability to transform simple elements into knotty concertos, are enough to make Donuts memorable as beat tape, but his genius lies in the ability to convey compassion without lyrical accompaniment. Moments of profound warmth lurk beneath the layers of twitchy drum and disorienting vocals, providing an emotional connection between performer and audience in defiance of the intentionally shrouded meaning and subliminal use of samples. It’s personal, surprisingly sweet and occasionally rather forceful, reflecting a clear vision and vulnerability uncommon for Hip Hop producers, even at their most progressive. The fact that it was recorded from a hospital bed by a terminally ill man only adds to the bittersweet finality of the work, which feels like a sketch book of everything Yancey wanted to say in his life, but never had the chance.

Essentially a collection of shorts, some built to accommodate a vocalist, others too anxious to exist anywhere else, Donuts is a ceaselessly ascending and descending smattering of half thoughts, joyous and free in its state of impatient flailing. Breaks and loops are awkwardly yanked from their homes and placed in stark contrast to the tempo, resulting in a disorienting garble of words and a limping drum fidget. Vocal sounds, once so full of vigor and pomp, have been transformed into befuddled nonsense, perverted as a drunken wobble far removed from their intended physicality. Using sampling as a vehicle for satire, J Dilla (Yancey’s nom de plume) has playfully sapped Hip Hop and R&B of their potency, mutating proclamations of brute force and sexual proclivity into desperate whimpers and flatulent grumbles. 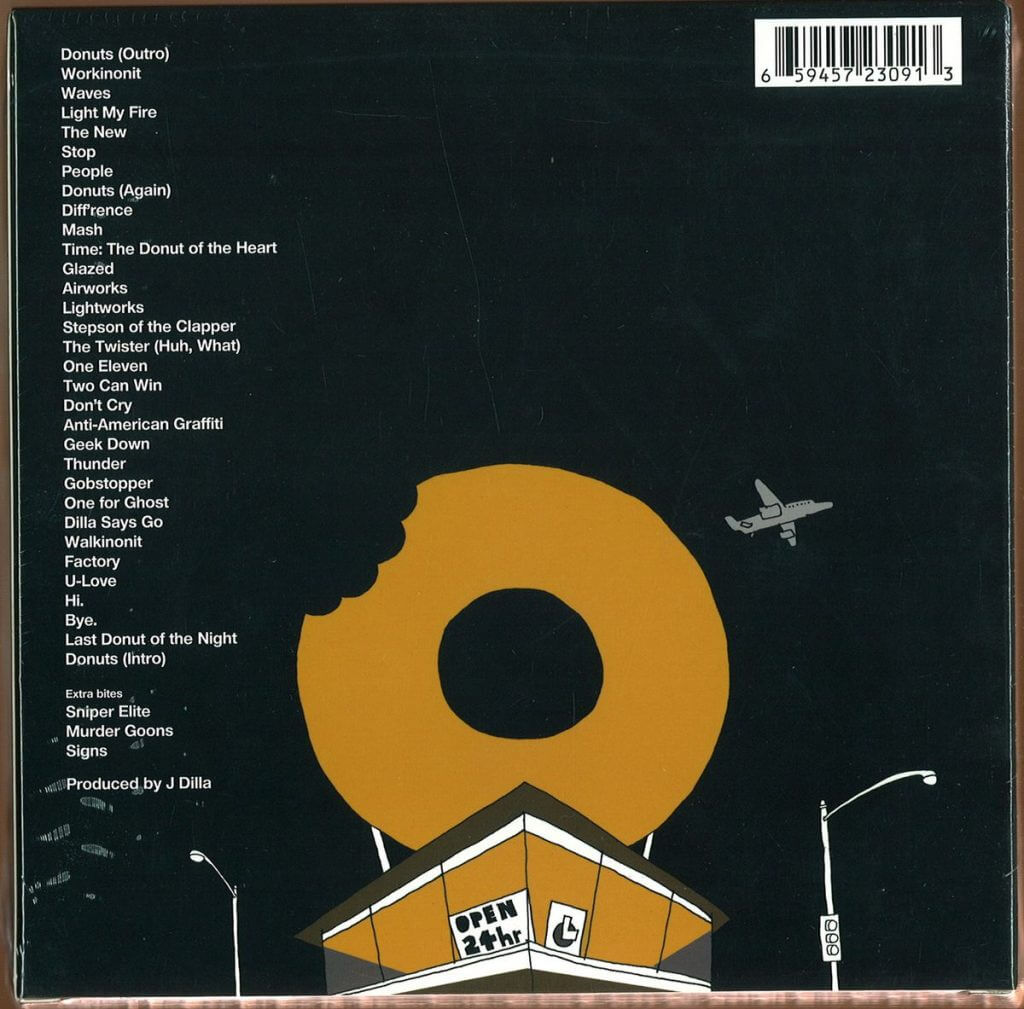 “The Twister (Huh, What)” is a hand grenade thrown into the church of Hip Hop posturing, subversively reorganizing threatening chants of “huh” and “what” into a mine field of horrifying siren and indecipherable, adolescent wail. Stranding the vocals in a pile of sound rubble and draining them of their passion creates a concussed confusion, far removed from rap’s customary confidence and narcissism, crippled by the overwhelming sonic punishment. It’s a startlingly effective protest against mediocrity, stern and straight-faced enough to make the epilogue of “One Eleven” come as a bona-fide shock. In a moment that’s both victorious and a bit self-congratulatory, Dilla decides to follow his diatribe with the essence of what he was fighting against, the soul-inflected, hook-laden banality that his targets produce in bulk. Though initially off-putting, it’s a perfect bit of irony from an artist having his cake and eating it too, pointing a finger at a formula mere seconds before taking a stab at it.

However noble creating art as a means of critiquing art may be, Yancey realizes that a personal connection always outweighs ideological regard and builds resonance through self-revelation. “Time: The Donut of the Heart” is his most candid moment, awash in warm guitar and cloaked vocal warbling, imbued with yearning for a lover left behind, beautifully evoked through a slowed tempo and wave of orgasmic moans. Its eroticism is unabashed, but never lurid, and there’s an unequivocal honesty to the catharsis that never feels calculated, as if it couldn’t be left unsaid. Donuts is brimming with these urgent moments of confession, forced into an endless loop and rattled off at full tilt by an artist unwilling to take a fountain of brilliant ideas to the grave.

J Dilla – Donuts was ranked #7 on Matt Deapo‘s Hip Hop Top 50, a ranking of 50 of the best Hip Hop albums recorded between 1978 and 2006, based on this consideration and these rules.