The Game’s Still Over: The Twentieth Anniversary Of The Untouchable 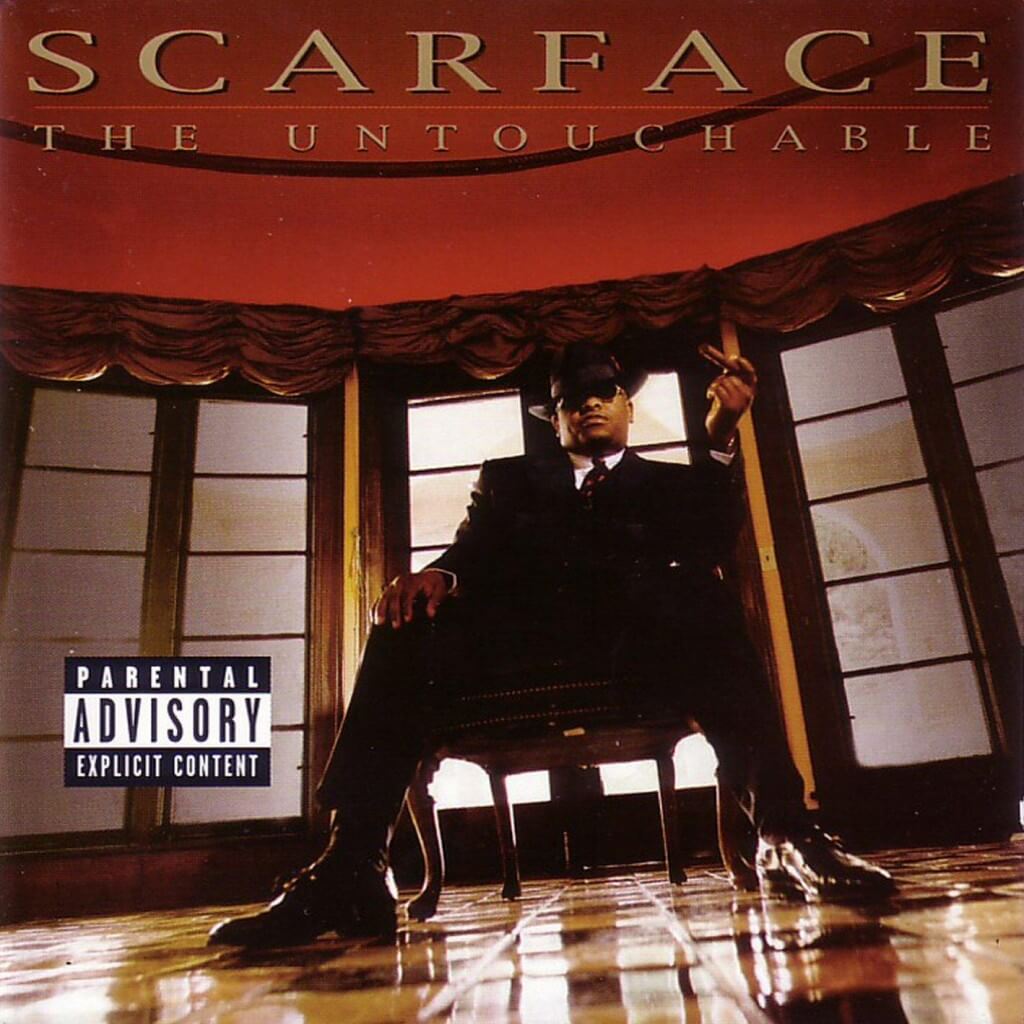 This salute post goes to an album that is considered one of this particular artist’s most intimate and moody releases. This album expounded on his prior southern landmark album, The Diary, and continued its vision. By the time this album dropped in ’97, the stature of this legend was approaching giant levels, not just in the south but in all of Hip Hop. His brand of macabre yet vulnerable and at times spiritual Hip Hop made him a household name, and just after the tragic deaths of icons Pac and Biggie, the importance of this artist increased even more. This salute is to an exceptional album that further branded this cat as the official (and original) king of the south: The Untouchable from Scarface.

The Hip Hop world was already captivated by the artist known as Scarface of seminal group The Geto Boys – responsible for two of the absolute hardest Hip Hop albums to ever get released: Grip It! On That Other Level and We Can’t Be Stopped. After these two classic group albums, The Geto Boys all began going on solo ventures. While people were also checking for Bushwick Bill and Willie D, the real star of the crew was Brad Jordan, otherwise known as Scarface. His debut album, Mr Scarface Is Back, is widely considered one of the grittiest and realest albums of all-time. Vivid, uncompromising, and relentless, the album explored nihilism, madness, and self-destruction and it became a brutal, but awe-inspiring classic. Scarface followed it up with a decent sophomore effort in The World Is Yours, but it was his third album that raised attention to Face to the highest level.

In ’94, he dropped The Diary, which became a southern staple and is often unofficially given the claim of “greatest Hip Hop album to come from the south”. Mixing aggression with a building sense of reflection and spirituality, The Diary marked a new level for Face. 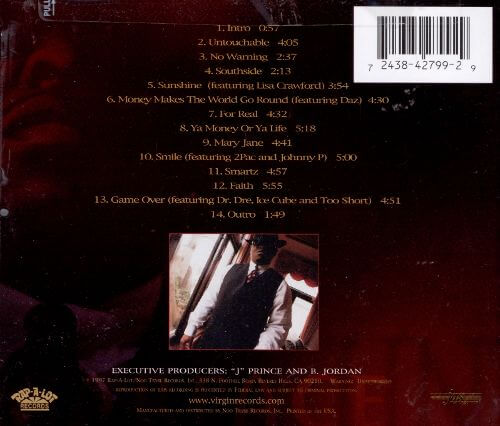 Hoping to continue to the overwhelming acclaim of The Diary, he delivered The Untouchable, a fourteen-track dynamite effort that confirmed Scarface was among the most revered emcees in the entire game. Starting off brooding and dark, cuts like “Ya Money Or Ya Life” and “No Warning” were classic Face, with threats of utter violence and the reassurance of reminding people just who he was. While fairly consistent, a few bumps in the road with plain production and uninspired lyrics like “Money Makes The World Go Round” or “Smartz” would temporarily knock the album off a touch, but cuts like the eerie “Faith”, the haunting ode to weed “Mary Jane” and the menacing “Game Over” – featuring three icons in themselves Dr. Dre, Too $hort, and Ice Cube (Cube worked with him on The Diary’s tremendous cut “Hand of the Dead Body”) – would more than make up for any stumble.

However, the cut that gave the album its official mainstream buzz was the ominous and touching duet with the late 2Pac, “Smile”. The video depicted a 2Pac look-a-like draped on a cross in the midst of a flooding storm. The song (you know a cut is strong when gospel megastar Kirk Franklin redid it for his own hit “Smile”) became his biggest selling single to ever, going gold.

Scarface would end up releasing other excellent efforts such as Made, Last of a Dying Breed, and simply stellar works like the 2002 classic The Fix and 2015’s Deeply Rooted. With The Untouchable, Face kept his seat as the king of the south, as the album further cemented the importance of one of the truest emcees and most vivid storytellers in the game.

Twenty years later, we still celebrate this album as one of his finest overall moments. We salute The Untouchable.