“Lose Yourself” is a song by Eminem from the soundtrack to the 2002 motion picture 8 Mile.

The song was written by Eminem and produced by Eminem along with longtime collaborator Jeff Bass, one half of the production duo Bass Brothers, and Luis Resto. It was released on October 28, 2002, as the lead single from the 8 Mile soundtrack.

“Lose Yourself” received acclaim from music critics, with many critics praising the song’s aggressive themes and describing it as Eminem’s best work to date. Eminem’s rapping ability, the lyrics and the production were also praised as well. In many retrospective reviews and lists, critics have cited the song among Eminem’s finest, as well as one of the best Hip Hop songs of all time. “Lose Yourself” was a commercial success, peaking atop of the charts in eighteen countries, including the United States, the United Kingdom and Australia.

“Lose Yourself” won the Academy Award for Best Original Song in 2003, making it the first ever rap song to have received this accolade, and also won the Grammy Award for Best Rap Song and Best Rap Solo Performance in 2004. In 2004, it was one of only three Hip Hop songs from the 21st century to have been included on Rolling Stone‘s list of the “500 Greatest Songs of All Time”, and was also the highest ranking, at number 166. Rolling Stone also ranked it one of the top 50 Hip Hop songs of all time. The song was certified quintuple platinum by the Recording Industry Association of America, and as of October 2015, it has 6.7 million downloads in the United States alone. (Wikipedia) 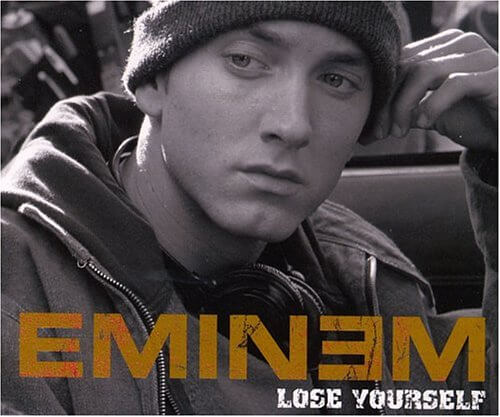 The Doctor's Office: The Best Albums From Aftermath