“Guilty Conscience” is a song Eminem, featuring Dr. Dre. It was released as the third and final single from Eminem’s The Slim Shady LP (1999).

“Guilty Conscience” was also released on his 2005 greatest hits album Curtain Call: The Hits. The song is also mentioned in another Eminem song, “The Way I Am”, in which one of the lyrics in the song say that “Guilty Conscience” received poor responses; “Oh, it’s his lyrical content – the song ‘Guilty Conscience’ has gotten such rotten responses”.

The video for “Guilty Conscience” has a nonstop back-beat with a chorus, unlike the album version, and a different narrator, played by actor Robert Culp. The lyrics in the chorus samples the song “I Will Follow Him” by Little Peggy March (“These voices, I hear them. And, when they talk, I’ll follow”). The version that aired on MTV eliminated the murder at the end of the song and converted it into an escalating argument between Eminem and Dre with no resolution. The Director’s Cut leaves the murder in.

The video is produced using the bullet time technique, depicting Eminem and Dr. Dre rapping to the song’s protagonists on how to deal with their conflicting situations: including a man’s temptation to robbing a liquor store, a college student’s urge to have sex with an underage girl at a frat party, and the urge of a construction worker to murder his wife after he catches her cheating with another man. Dr. Dre poses as the “good conscience” and wins the first arguments (Eddie) while Eminem poses as the “evil conscience” and wins the second (Stan). However, in the third argument, which is over the actions Grady (the construction worker) should take when he catches his wife cheating with another man, Eminem’s taunting and accusations of hypocrisy coaxes Dr. Dre into agreeing with him that Grady should kill them both and subsequently Dre suggests that Grady should get his gun and murder his wife and her lover.

The song contains a sample from the Ronald Stein song “Go Home Pigs” from the soundtrack to the film Getting Straight. Eminem later released “Guilty Conscience” on his greatest hits album, Curtain Call: The Hits. The nonstop back-beat and chorus from the music video were only used in the edited version of the song, but the narrator was not changed. The video won the “Hottest Music Video” award at the Online Hip-Hop Awards in 2000. The video was listed on MuchMusic’s 50 Most Controversial Videos at No. 38 for its promotion on how people get crossed with their consciences. (Wikipedia) 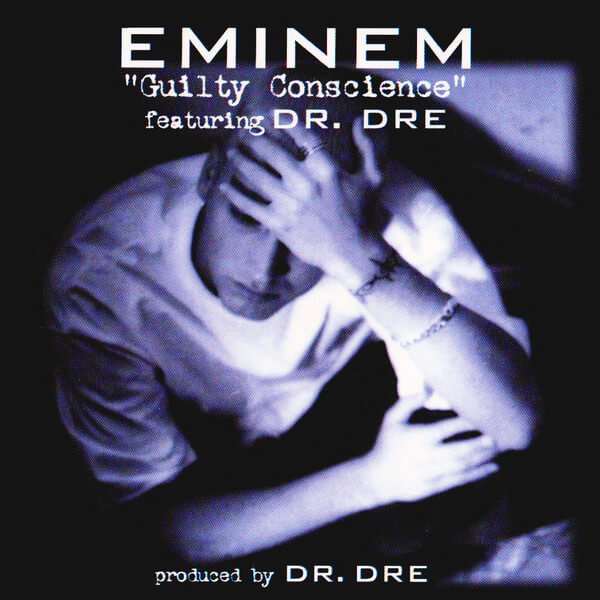