“Forgot About Dre” is a Grammy Award-winning single from Dr. Dre’s 2001, featuring vocals from Eminem.

Released as the album’s second single on January 29, 2000, like “Still D.R.E.“, the song addresses Dre’s critics in a defiant manner, as Dre announces his return to the Hip Hop scene and reminds listeners of his significant influence on the genre. “Forgot About Dre” won Best Rap Performance by a Duo or Group at the 2001 Grammy Awards.

The song is considered to be a response to diss tracks made by Death Row artists on Suge Knight Represents: Chronic 2000, a compilation released by Suge Knight which takes its title from Dre’s 1992 album The Chronic. The line “Who you think brought you the oldies, Eazy-E’s, Ice Cube’s, and D.O.C.’s, the Snoop D.O. Double G’s, and the group that said ‘Motherfuck the police’?” outlines Dre’s importance in the rap world, the theme of the song. Eminem’s verse features the bizarre violence and aggression typical of his “Slim Shady” alter ego. 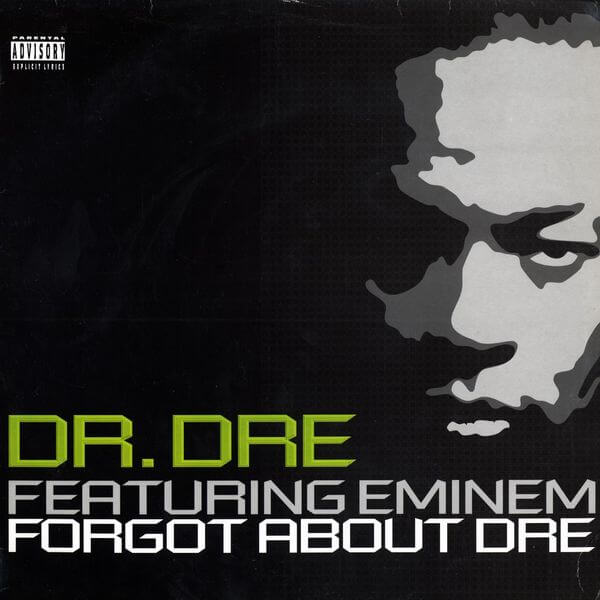