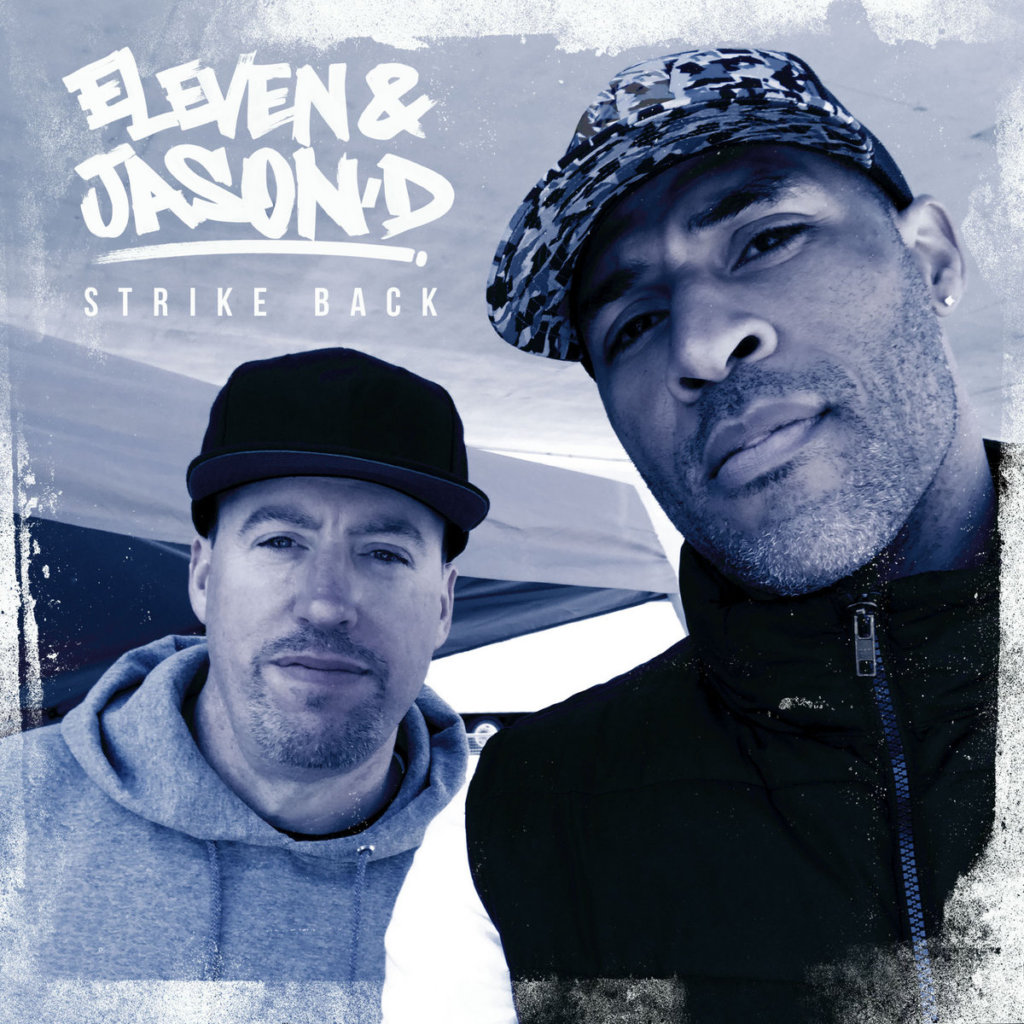 Two Hip Hop veterans drop their third project, Strike Back, bringing that raw boom bap Hip Hop sound to the 2020s. The emcee is Eleven, born and raised in San Diego, California, he endured the struggle and hardships of what the inner city life can bring. Currently residing in Boise, Idaho, Eleven daylights as a teacher and basketball coach. He has a deep appreciation for the finer usage of words and craftily creates rhymes that deal with his past upbringing or slaying a sucka emcee or two. He is the creator of one solo album as well as three projects with DJ/Producer Jason D.

Jason D got his start in the Bay Area of California. He learned his DJ craft from the late great Bay Area DJ from The Coup, Pam the Funkstress. A long time college/community radio DJ, Jason has been on the air spanning 30 years. He got his start in radio co-hosting “The Wyse Up Show” on 88.1FM KZSC, UC Santa Cruz with the legendary KutMasta Kurt in the late ’80s. Currently, he hosts “The Wreck” on 89.9FM KRBX in Boise, Idaho for the past ten years. Jason has been heavily involved with the Hip Hop culture and that is evident in his sound. One would describe it as a raw throwback sound, reminiscent of the golden age greatness that was so abundant in the early ’90s, but with a 21st Century twist.

Together Eleven & Jason D form E&J. The duo has been creating authentic Hip Hop since they first teamed up in 2016. In 2017, they dropped their debut project, a self-titled album that gained local notoriety. In 2018, the duo dropped an EP, No Exceptions, to local fanfare. Over the past three-plus years, Eleven & Jason D have opened for the likes of Black Milk, Oddisee, Mobb Deep, Lyrics Born and Rapsody. With their latest album, Strike Back, they come back harder than ever. The first single is a posse cut, that includes some of the best talent the 208 has to offer. “I’m So & So”, features Clev Speech and P-Dirt and together with Eleven, they rock over a Jason D beat that is a definite head-nodder. The latest single, “It’s Like That”, encompasses a throbbing bassline coupled with a well placed Nas vocal sample that delivers the goods. The album drops on Bandcamp.com as a “name your price” option as Jason D says, “We just want everyone to hear it!”.

Jason D is also the host of Radio Boise show The Wreck and Eleven consistently delivers smart and focused lyrics. Their sound reflects their love of socially conscious boom bap Hip Hop that made up the East Coast sound in the ’80s and ’90s. – Tracy Bringhurst, March 23rd, Boise Weekly

Soon to be available on all major streaming platforms by the end of March!