“Keep Their Heads Ringin'” is a single by Dr. Dre featuring vocalist Nanci Fletcher, taken from the soundtrack of the movie Friday.

The music video was directed by F. Gary Gray and takes place in a plane hangar, in a Convair 880, with Dr. Dre, and his crew taking over air control. It features cast members from Friday including Chris Tucker, Faizon Love, and Nia Long, to name a few. It ends with Chris Tucker and Faizon Love taking the plane and flying away from the police. Chris Tucker says “I’m on probation, I can’t go back to jail” referring to the character “Smokey” who was having trouble with the law in Friday. Lead vocalist Nanci Fletcher’s intro marked the first time a female from the Death Row camp was featured in a video. The video was played before showings of Friday in most cities. (Wikipedia) 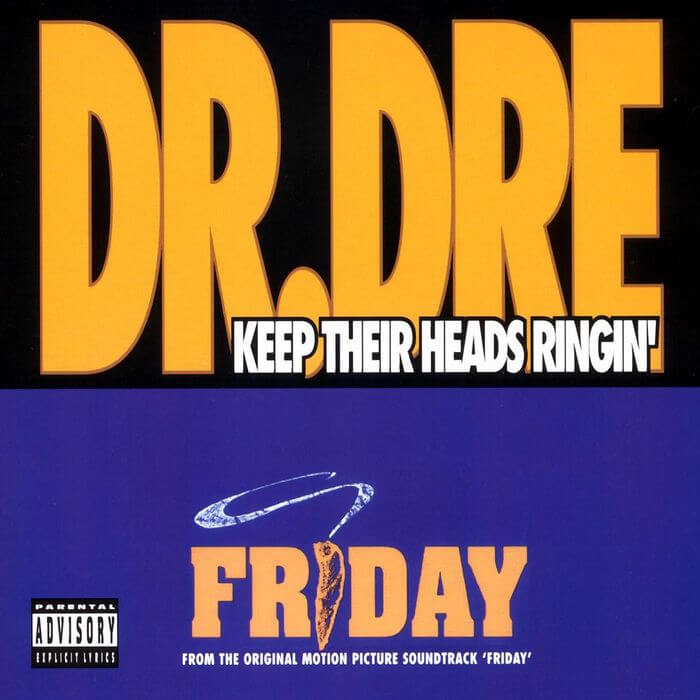