“Notorious” is a song from Donald D’s debut album Notorious.

Notorious was released in 1989 via Ice-T’s Rhyme $yndicate Records label with distribution through Epic Records and CBS Records Inc. Recording sessions took place at Syndicate Studio West and Wide Tracks Recording Studio in Los Angeles, California. Record production on the album was handled by Afrika Islam and Donald D, with executive production provided by Ice-T. Reaching a peak position of number 78 on the Top R&B/Hip-Hop Albums, the album remained on the chart for a total of 18 weeks. It spawned two singles: “F.B.I.”, which peaked at number 8 on the Hot Rap Songs, and “Notorious”.

Donald D hails from the Bronx, New York and is a former member of the pioneering The B-Boys, but he is best known as a member of Ice-T’s the Rhyme Syndicate. 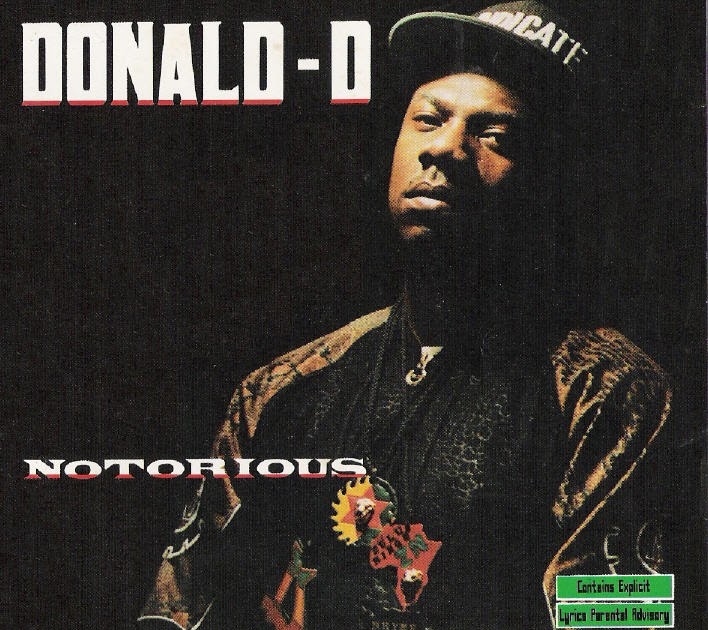