“So Watcha Sayin'” is the only single released from EPMD’s second album, Unfinished Business. Produced by EPMD with scratches provided by DJ Scratch, “So Wat Cha Sayin'” made it to three Billboard charts, peaking at #5 on the Hot Rap Singles. The video was directed by Adam Bernstein, who previously directed EPMD’s 1988 video for “You Gots to Chill“. 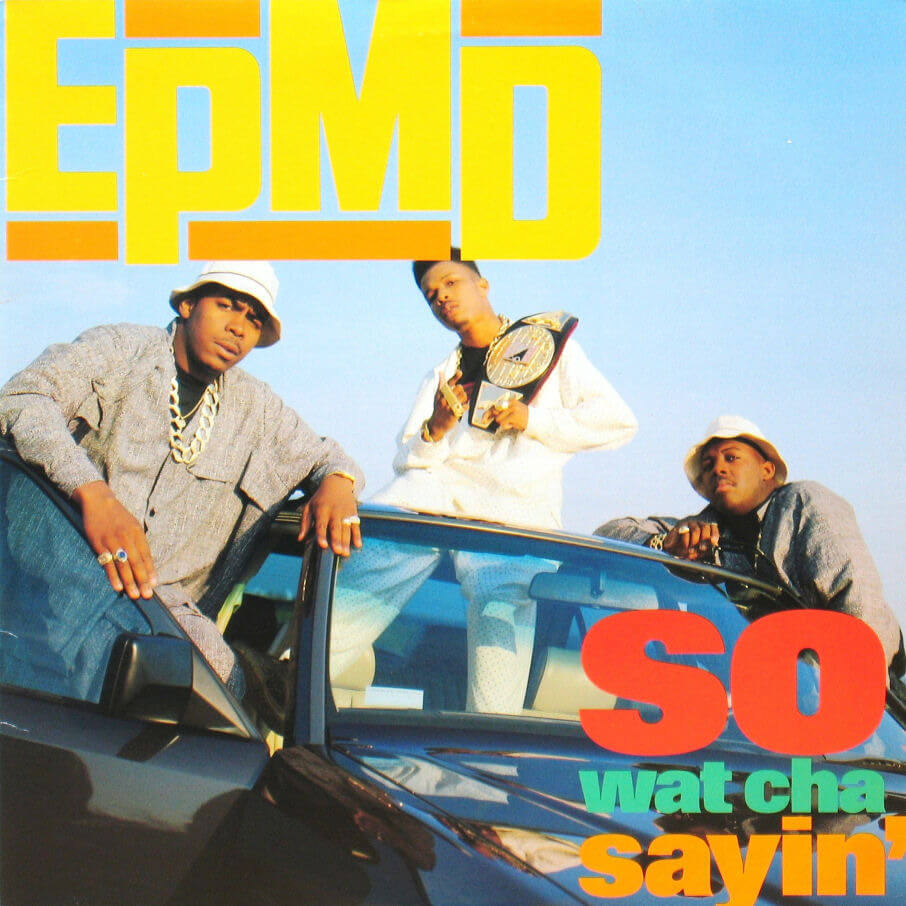