Ego Trippin’ (Part Two) is a 1994 single by De La Soul, and the second single to be released from the group’s 1993 album, Buhloone Mindstate.

The song (and its music video) were a scathing parody on gangsta rap complete with “hardcore” screaming. The video caught the attention of rappers such as Ice Cube and Tupac Shakur, the latter taking exception to the video showing a rapper splashing around in a pool similar to Shakur’s own video for his song entitled “I Get Around”. The song features vocal contributions from Philadelphia rapper Shorty No Mas who also appeared in the video.

The screaming heard in the intro and outro of the album mix of “Ego Trippin’ (Part Two)” is missing from the “Original Version” on the single.

The cover artwork is a tribute to the Hip Hop concert flyers of the late 1970s and early 1980s.

The song never actually had a “Part One”. The “Part Two” in the title is a reference to Ultramagnetic MC’s “Ego Trippin'”. However, as a parody of gangsta rap, it was preceded by De La Soul’s own “Afro Connections at a Hi 5 (In the Eyes of a Hoodlum)” from their 1991 album, De La Soul is Dead. (Wikipedia) 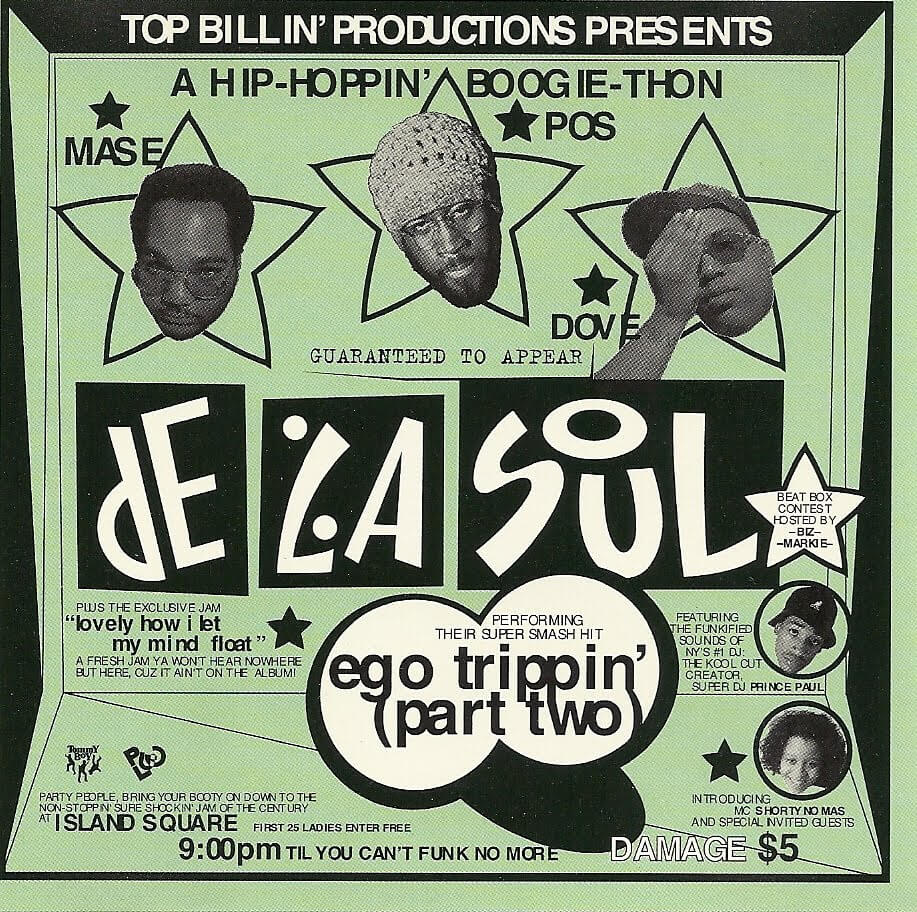