“Me Myself & I” is a song by De La Soul, released as a single in 1989 from their debut studio album, 3 Feet High and Rising.

“Me Myself & I” established the group’s characteristic style of combining Hip Hop with humor and social commentary. The group’s frustration concerning their forced-upon hippie label is addressed in the typically dry humor which became the De La Soul trademark.

In the video, the members of De La Soul sit in a high school guidance counselor’s office, lamenting that they have to take a class taught by Professor Defbeat. Prince Paul briefly interrupts the scene to make a statement: “If you take three glasses of water and put food coloring in them, you have many different colors, but it’s still the same old water.” Trugoy, Posdnuos and Maseo arrive for Defbeat’s class, in which he teaches the image-driven, mainstream style of Hip Hop.

Throughout the video, Posdnuos, Maceo, and Trugoy are teased by their fellow students and punished by Defbeat for sporting a unique style instead of conforming to the more popular Hip Hop image. Defbeat and the other students are dressed in the stereotypical rap gear: clunky gold medallions and jewelry, sunglasses, leather jackets, expensive sneakers, jogging suits, and baseball caps worn backwards.

At the end of the video, mirror images of the three De La Soul members appear from the back of the class, each sporting a T-shirt that reads “Mirror Mirror” and an “MM”-marked cap. Each mirror image gives his respective counterpart a form allowing him to drop Defbeat’s class. Together, the trio stand up from their desks, throw their drop slips in Defbeat’s face, and leave the classroom.

The video also contains brief cameos from A Tribe Called Quest’s Q-Tip and Ali Shaheed Muhammad, along with a brief cameo from Randee of the Redwoods (played by actor/comedian Jim Turner), a comedic hippie character made famous in promotional spots created by MTV in the late 1980s. He is seen during the part of the video where Posdnous says “You say Plug One and Two are hippies/No we’re not, that’s pure Plug bull”. (Wikipedia) 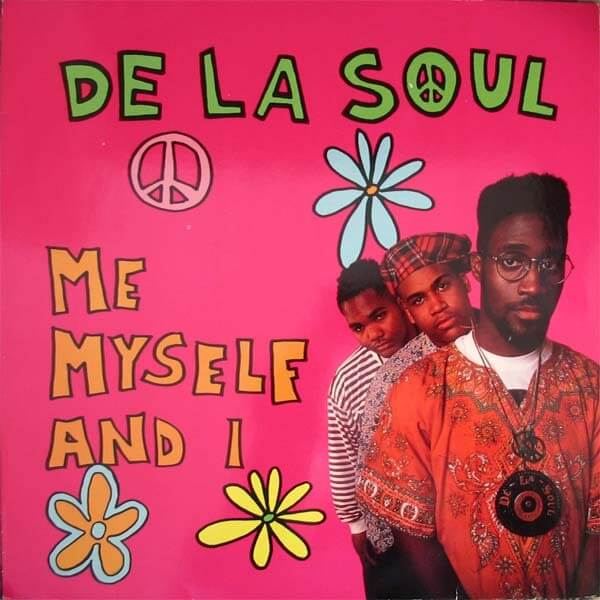