Davy DMX, also called Davy D, is a DJ, songwriter and producer best known for his work in cooperation with Run-DMC, Kurtis Blow, The Fat Boys, and Jam Master Jay. An early associate of Russell Simmons and Larry Smith, Dave first made his name in the 1980s with this classic Hip Hop instrumental.

In 1982 Dave, playing guitar, joined bassist Larry Smith and drummer Trevor Gale in a band called Orange Krush. Their first single, “Action,” featuring vocals by Alyson Williams, was released that same year. A stark, beat-heavy production, “Action” was not a hit, but it was very influential. In 1983 its basic rhythm was repurposed as the “Krush Groove” on Run-DMC’s “Sucker MC’s (Krush Groove 1),” and again on “Hollis Crew (Krush-Groove 2)” (1984), “Darryl & Joe (Krush-Groove 3)” (1985) and “Together Forever (Krush-Groove 4)” (1985). As of 2016, various parts of “Action” had been sampled at least 49 times, including on recordings by Jay-Z, Kanye West, Common, De La Soul, and T-Pain. Orange Krush also provided the music for Lovebug Starski’s “You’ve Gotta Believe” in 1983.

Dave debuted as a solo artist late in 1983, cutting “One for the Treble (Fresh)” as Davy DMX for Aaron Fuch’s Tuff City Records. (Having used the Oberheim DMX drum machine to make the beats for many of his productions, he chose to call himself Davy DMX when it came time to record under his own name.) Primarily a Hip Hop instrumental, “One for the Treble” was reviewed by Eric Schmuckler for The Village Voice in May 1984, who wrote, “Davy finds unusual sound fragments to scratch against the beat, like heavily processed voices and the soon-to-be-widely-imitated squealing tires which bring the record to a screeching halt.” Dave’s second single for Tuff City, “The DMX Will Rock” (featuring the rapper Sweet Tee), was released in 1985. Dave’s first and only full-length album, Davy’s Ride, was released by Def Jam Recordings in 1987.

Dave’s first credit as a producer was on a record by Spoonie Gee, his Tuff City label-mate, in 1983. Entitled “The Big Beat,” it was followed by “Street Girl” in 1985, another Davy DMX production. It was also in ’85 that Dave produced “Transformation” for Dr. Jeckyll & Mr. Hyde. A year later, Dave teamed up with Spyder-D, another native of Hollis, to produce “Don’t Make Me Laugh” for Sparky D. In ’87, Dave wrote the music for Stephanie Mills’ “Can’t Change My Ways,” a recording he co-produced with Russell Simmons. Dave’s most notable credit as a producer is for Run-DMC’s Tougher Than Leather (1988), the platinum-level follow-up to Run-DMC’s triple-platinum Raising Hell. He also co-wrote “Run’s House,” “Beats to the Rhyme,” “Radio Station,” and “How’d You Do It Dee” (Wikipedia). 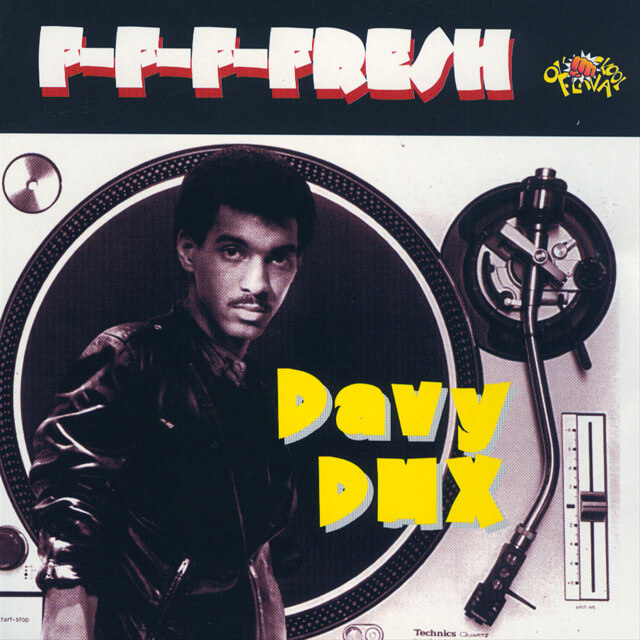