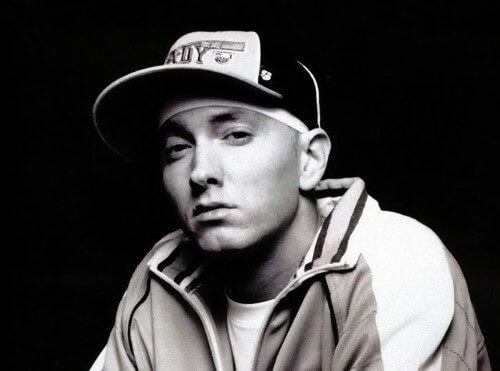 One of the best rappers in history is a white dude.

That much is inarguable. If you want to quibble over how many classic LPs he has to his name, be my guest, but only the most stubborn or deaf individuals would claim that Eminem isn’t incredible. When Scarface, another of the all-time greats, was asked if he wanted Eminem to be featured on his songs, he said:

So, for this installment in my collection of classic non-album tracks from one of my favorite artists, I picked Slim Shady. In effort to get deeper cuts, I not only excluded his eight solo albums, two EPs (The Slim Shady EP and Relapse: Refill), and one mixtape (Straight from the Lab), but also his group projects with D12 and Bad Meets Evil as well as the three big official Shady Records compilations of which he was the lead artist and executive producer – 8 Mile soundtrack, The Re-Up, and Shady XV. After all, no one needs me to point them to “Lose Yourself” or “Detroit vs. Everybody.”

Still, there were hundreds of tracks I could have chosen so the following are just some of my favorites.

“Off the Wall” (featuring Redman) off Nutty Professor II: The Klumps soundtrack (2000)

“Asylum” off Slaughterhouse’s Welcome to: Our House (2012)

Again, this is just a sampling of the greatness Slim Shady has blessed us with over the years outside of his own albums and compilations.