“R.A.I.D.” is a single from New Funky Nation, the debut studio album by the Samoan-American Hip Hop band Boo-Yaa T.R.I.B.E..

Boo-Yaa T.R.I.B.E., from Carson, California, was composed of the Devoux brothers Paul, Ted, Donald, Roscoe, Danny, David and Vincent. Their family is from American Samoa. The “Boo-Yaa” in their name signifies the sound of a shotgun being discharged, while the “T.R.I.B.E.” stands for “Too Rough International Boo-Yaa Empire.” According to Hip Hop documentarians, Boo-Yaa T.R.I.B.E. is “synonymous with Hip Hop in Los Angeles.”

They first began playing music in their father’s Baptist church. Before anyone else arrived, they would play P-Funk and experiment with other forms of Hip Hop. Particularly popular in their South Bay neighborhood, they began to dance to funk music. The brothers then created the dance crew the Blue City Strutters and publicly performed. All members are former members or members of West Side Piru and Samoan Warrior Bounty Hunters. Despite their religious upbringing, the brothers eventually fell into the gang scene popular in their home of Carson, California.

After their youngest brother was killed in a gang-related shooting in 1987, they decided to turn their lives around and dedicate their lives to music because “that’s what he would have wanted.” To get away from the gang culture, the brothers decided to leave Los Angeles and go to Japan. While there, they were inspired to begin performing music again, with Paul “Gangxta R.I.D.” rapping in front of eager Japanese audiences. Upon their return to California in 1988, the group focused again on making music and re-christened themselves as the Boo-Yaa T.R.I.B.E. (Wikipedia) 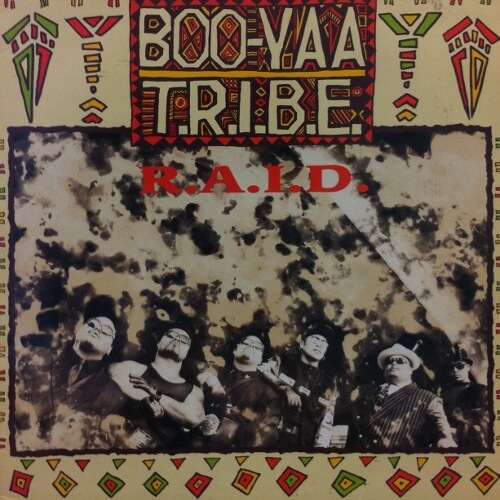