There has always been a unique relationship between Hip Hop and contemporary R&B. In the nineties, in order to better understand someone’s preference it was a casual question of “what do you like, R&B or Hip Hop”? – largely due to the glaring differences, yet subtle cross-functional relationship that the two (once) separate genres had. Since the beginning of time, there was always two lanes: a lane for” lovers” and a lane for “others”, and, on occasion, these two lanes would merge, further down the road, and would blend together to make something special. However, that merger was a rare treat; pleasing both listeners as these two worlds would, on occasion, be equally represented by providing listeners the enjoyment of a song by Total featuring The Notorious BIG, for example. Today, this is no longer a “special” or “rare occurrence”. Instead, this has become the norm. Today, this hybrid entertainer has become the benchmark of what it means and looks like to be an emcee, and, I (jokingly) blame Jodeci.

The loose-fitting jeans, rugged Timberlands and those ever-so-memorable “Jodeci Boots” and loc-shades was the beginning of musical regret. This group almost single-handedly spawned a grave misconception of, not only what an R&B or Hip Hop artist should look like, but, it was the beginning of the end. Now, it goes without mention that those fellas were (and still are) incredibly talented – they sang like sex-craved angels sent from Hip Hop hell. These guys were mimicked by the toughest guys on the block, and were also adored by the more reserved and laid back “slow-grooves” type of guy, too. They looked like the lost members of the Wu Tang  Clan, but sang like the offspring of Teddy Pendergrass, and, because of this, they messed up the game… Possibly Forever. 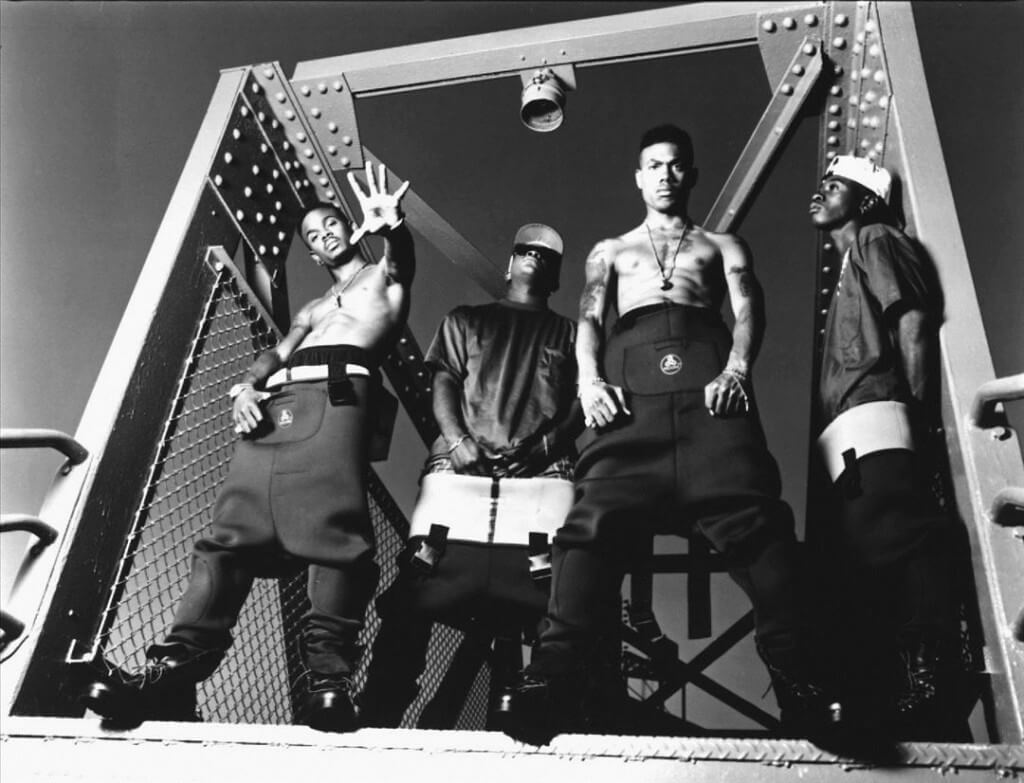 However, as of late (well, as of the last 15 or so years) there has been this “Jodecie-esq” blended entertainer; a hyper-sexed hybrid entertainer who, on Monday is the meanest cat in the booth, and who on Tuesday is (seemingly) going out of his way to butcher a love song, while wearing his woman’s too-tight pants – drenched in autotune. This new breed of entertainers (you know who they are) have merged these two lanes and have made it impossible for them to ever be separated.  See, back in the day (yep, I went there) when the music was distinguishable, if nothing else, there were things at stake, such as: identity, fanfare, and artistic dignity – artists had respect for their craft, and, had a reasonable amount of respect for their counterparts over in the R&B world. Now, those abovementioned values seem to no longer be of importance. Today, we proudly accept rappers who have MAJOR identity crisis who sing and dance way more often than their R&B predecessors of the New Jack era, and who are not nearly as thick-skinned as the late Lisa “Left Eye” Lopez. The days of the rugged Timberlands and fitted caps are seemingly behind us. Instead, we proudly accept the over-sensitive rapper, who sings and dances more than TLC, makes all of his rap songs to sound identical as if his album is one long continuous song about “blah-blah”, while making these R&B songs that are just (most often) God-awful melodies of pseudo-porn minus the imagery. I mean, for goodness sake, where’s the “love” that used to be in these R&B guys’ songs, anyway?

Hip Hop has always been a unique art form devoid of any rules, other than authenticity. Seemingly, as a super-fan of the Golden Age of Hip Hop, I admittedly, and proudly, walk in contradiction by making an attempt to rationalize what I’ve continued to witness by wanting to prescribe a set of rules to the art. To be blunt, I hate that I cannot successfully distinguish where Chris Brown ends and where Drake begins. Are they both Hip Hop artists, or, is this that Jodeci-esq hybrid entertainer? If so, what the hell genre do they fit in? Honestly, this is a plea for help; I need to know what the hell I’m listening to when I’m out and about, or when I’m in the gym wanting to grind out to something new and edgy, and, the guy starts singing. Just confuses the hell out of me. And, since when did rappers get so damn sensitive? I guess that question will be answered along with a thorough explanation as to when it became acceptable for emcees to wear women’s clothing.

Hip Hop, as unique and as troubled as it can be at times, is as much mine as it is yours. No matter how old the culture becomes, and regardless if we agree/disagree on the many golden eras the art has had, and will (hopefully) continue to have, or whether we’re inside a barbershop on a Saturday morning defending our T5DOA lists, it is our responsibility to make sure we are doing our jobs to allow for this art form to mature and progress. I believe that it is unproductive for the art to be reduced to this gray matter, and, that is partially our (the listener’s) fault. Furthermore, as fans, entertainers, writers, curators, and as the nurturers and gatekeepers of Hip Hop, it is not our jobs to be complacent and to blindly accept what we fail to understand, or to accept conspicuous aspects of the culture that fail to represent us as it once did. Conversely, it is our jobs to continue to pressure-test the art in order to ensure its essence is as long lasting as your favorite Roots album.

If you find yourself wanting more, hit me direct on Twitter “@JordanSallis”.