Blackalicious’ Gift Of Gab & Wake Self Release “Change The World”

New Mexico Hip Hop staple Wake Self has joined forces with the legendary Gift of Gab from Oakland duo, Blackalicious, to deliver one of his most important songs yet, “Change the World.” Produced by SmokeM2D6 of Oldominion, “Change the World” was a dream collaboration for the budding emcee.

“It’s a great feeling for me to work with both Smoke and Gab, two artists I’ve looked up to for a long time,” Wake says. “I appreciate both of their contributions to Hip Hop and have always been impressed by the dedication they put into their craft.”

While on tour with Gab in 2014, the two talked about doing a track together. One particular night after a show in Durango, Colo., a fan asked, “When is a Wake Self and Gift of Gab song coming out?” The timing was finally right.

“This was actually the first beat I sent Gab from Smoke and he immediately said he wanted to use it,” Wake explains. “He actually did his verse first and I heard it and bounced of the content he had put together. It’s always a blessing when you can rock a track with artists who’ve inspired you over the years.”

The song is aimed at various culture trends in society that Wake believes holds us back, including social media, entertainment, celebrity worship, and other things that cloud our lives with mass distraction.

“I think about all the time we spend as a human race being distracted with all those thing and how it keeps us from getting to the root of our own problems,” he says. “If we can see the bigger picture and really examine our reality, and how our thinking patterns relate to it, maybe we can have a chance to change the world.”

In conjunction with the unveiling of “Change the World,” Wake is proud to announce his sophomore album, Malala, which is coming August 24, 2016.

“August 24 is my mom’s birthday,” he explains. “My main focus with music is to share my ideas with the world, to bring awareness, help heal and inspire people with music, and make my mom proud.”

As the follow-up to 2014’s Good Things Happen to Those Who Wake, Wake has been working on Malala for the past two years and it’s an album he’s proud to share with the world.

“I’ve never been more proud of something I created,” he says. “I love this album. Growing as a person and an artist is painful and beautiful, but the journey up to this point has been amazing. I really feel like making this album has already changed my life. I healed and found myself again in this music that I created.” 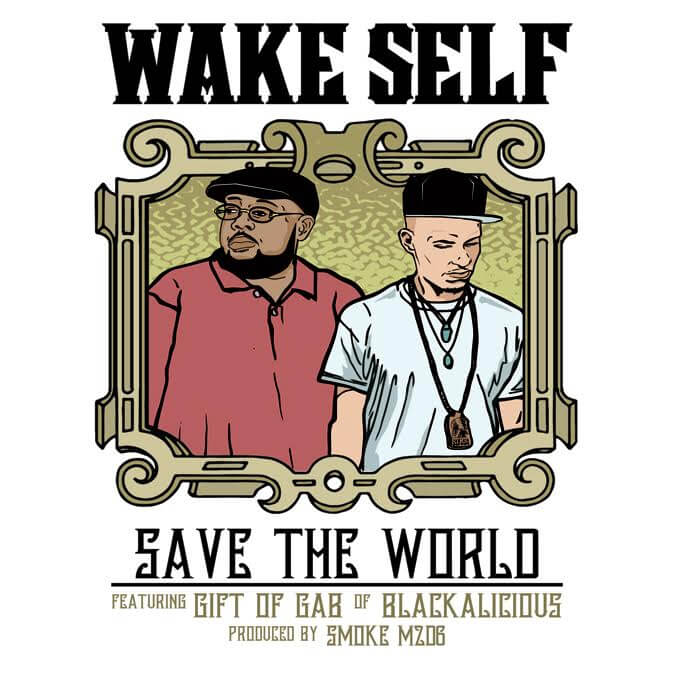 Who Is Freestyle “Choose From The 3”