Olympia J. Atkinson is a Hip Hop enthusiast and writer from the south. Olympia’s love affair with Hip Hop music started when she listened to Mary J. Blige’s album, What’s The 411 released in 1992. She gives credit to rappers Master P, a native of New Orleans and Nelly, who hails from St. Louis for taking southern rap music to the mainstream.

Olympia respects Hip Hop culture for its’ freedom of expression and social influence, whether the world approves or not, she says ‘hip-hop is here to stay’. Her love for Hip Hop runs deep, she also teaches Hip Hop dance to youth in her community. Olympia lives in Helena, Arkansas and enjoys traveling with her two children, Jordan and Taylor. 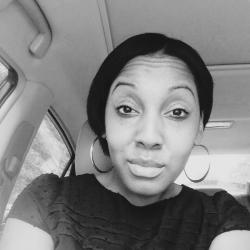 Do Female Emcees in Hip Hop Hold Their Own? Sure they do. It all started with rap pioneer Roxanne Shante. In 1984, she would claim the throne as one of the first female emcees in Hip Hop. Her single Roxanne’s Revenge would change the game forever. Two years later rap group Salt N Pepa would release […]