Layton Weedeman is a professional musician and DJ from Brooklyn, NY. He's the drummer in the blues-rock band, Courtesy Tier, and has been featured on records by artists Jessi Robertson, Isle of Rhodes and Man Made West. With Courtesy Tier, Layton has toured the US, played showcases for CMJ as well as SXSW and has been named one of the top artists in New York’s indie rock scene by the Deli Magazine three years in a row.

As a DJ, he goes by the alias DJ Laytonic and exclusively spins vinyl records highlighting hip-hop instrumentals from the 90’s. His mixes include music by A Tribe Called Quest, DJ Premier, J Dilla, Buckwild and Pete Rock.

Layton is also a contributing writer to various music blogs and has scored the soundtrack to the recent Launch Movement Experiment performances in New York City. 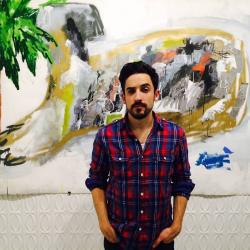 Growing up in the suburbs of South Jersey fifteen minutes from downtown Philly was a treat. As a young aspiring musician and fan of the arts, it was always an exciting experience going to shows and seeing live music. Memories of seeing Sonic Youth at The Electric Factory, Stereolab at The Trocadeo, or Pat Martino […]

KRS-ONE is considered to be a pioneer in Hip Hop and credited as one of the first artists to create “conscious” rap. His group, Boogie Down Productions, originally consisting of members KRS-ONE, DJ Scott La Rock & D-Nice, released some of the genre’s second wave of groundbreaking music that paved the way for many other […]