“This technique attacks the immune system, disguised like a lie paralyzing the victim, you scream as it enters your bloodstream, erupts your brain from the pain these thoughts contain”

I never performed until we launched Wu-Tang. That was my first time as an MC. I have history since elementary school doing talent shows. Breaking and s*** like that. I was that kind of dude. I loved to pop. That was me. Always doing s*** around music. As far as with a mic in my hand, Wu-Tang was the first time. There never was next level for me. It was Wu-Tang and that was it. I never tried to get on. Never looked for any of this, because it was never my vision. I’m kinda like hanging out with GZA, and just stumbled across some s***. “Oh word?” And I was like, “Maybe I can do this.” When I was young going to clubs, I was just hanging out. I never went in there like I was trying to be an MC. I never tried to get a record deal, or pass out tapes. It’s just been Wu-Tang and I’m here (MVRemix Interviews).

Born in Brooklyn, New York, Masta Killa was the last member to join the Wu-Tang Clan; consequently he did not appear on the group’s debut single “Protect Ya Neck”. He was also the only member who was not a rapper at the time of the group’s formation. He was extensively mentored by the GZA during his early days with the group, evident in the similar flow they both employ. He derived his rap name from the 1978 kung fu film Shaolin Master Killer, (Shao Lin san shi liu fang). Masta only appeared on one track on the Wu-Tang Clan’s first album, in the closing verse to “Da Mystery of Chessboxin”. Masta only narrowly made the track, and was almost left off in favor of Killah Priest. In fact, on the No Said Date DVD, Killah Priest claims that he and Masta Killa were in competition for the spot on “Da Mystery of Chessboxin'”, and while Killah Priest fell asleep, Masta Killa stayed up all night writing and Killah Priest woke up the next morning to Masta Killa’s verse. Since he was a developing rapper at the time Enter the Wu-Tang (36 Chambers) was being written, his verse in “Da Mystery of Chessboxin” was the only one that could hold up with the other, more experienced Wu-Tang members.

During the first round of solo projects, he made several appearances on tracks now considered Wu-Tang classics, such as “Winter Warz”, “Duel of the Iron Mic”, and “Glaciers of Ice”. His flow at the time attracted attention for being very slow and laid-back, in contrast to the more manic, forceful styles of members like Inspectah Deck and Ghostface Killah. Masta Killa is also the Clansman fondest of Chinese martial arts imagery. In 1997, the Wu-Tang Clan’s second album Wu-Tang Forever saw Masta become a mainstay in the group’s line-up with regular appearances throughout the double album.

Masta Killa was the last member to release a solo project, after it was delayed for several years and finally released in June 2004 with the title No Said Date; critically acclaimed, it became independent label Nature Sounds’ best-selling album, notable for featuring every core member of the Wu-Tang Clan on the album after a period in the group’s history that lacked unity. His second album, Made in Brooklyn, was released on August 8, 2006, and includes production from Pete Rock and MF Doom. “Ringing Bells”, the Bronze Nazareth-produced lead single from the album, was released in March 2006. Also in 2006, Masta Killa became the latest in a succession of Hip Hop artists to endorse PETA, and participated in an advertisement for the organization to promote a vegetarian lifestyle.

In December 2012 he released his third album titled Selling My Soul, an LP with heavy soul grooves and guests including Kurupt and the late Ol’ Dirty Bastard. The album was intended as a precursor to his long-awaited album Loyalty is Royalty, first announced in 2010 and unreleased as of 2015.

Masta Killa is known for being the most quiet and mysterious member of the Wu-Tang Clan, and little is still known about him. He does not give many independent interviews. On the Wu-Tang Corp. website, Masta Killa stated, “I know I seem serious and quiet to a lot of the fans. That’s because I take my work seriously. It’s not a game. The Clan and I work hard to give you the best.” 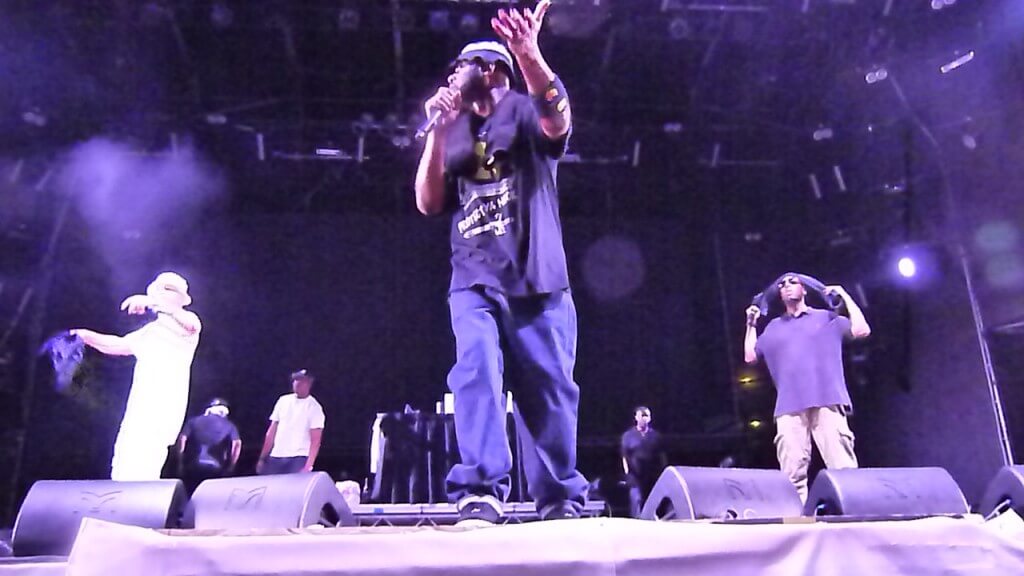