The Art Of Rap Opens In Las Vegas

Something from Nothing: The Art of Rap is the celebrated documentary directed and produced by Ice-T and Andy Baybutt in which the golden age rapper traveled from coast to coast, interviewing the genre’s most prominent rappers to date. What was once the music of the streets has now taken the world by storm, becoming one of the fastest growing categories in the music industry. But what the beauty of the feature film is that it reminds us of Hip Hop’s humble roots, taking us back to a time that helps us regain an appreciation for old school tunes. Carrying on the legacy of the documentary, it inspired Ice-T to pioneer the Hip Hop movement’s greatest tour yet, known as The Art of Rap.

In its first year in 2015, it was a music festival that brought together the documentary director himself, Afrika Bambaataa, along with talents that rose to fame between the 1970’s to 1990’s, performing for two days in July in Irvine’s Verizon Wireless Amphitheater and in San Francisco’s Shoreline Amphitheatre. This year, the festival goes national with eight stops in their tour, paying tribute to the golden era once again with their first location in downtown Las Vegas.

While showtunes, cabaret and Wayne Newton are what stereotypically define the gambling hub’s music scene; Vegas’ Hip Hop scene is vibrant and has grown tremendously over the last few years. With casino profits continuing on a downward spiral, hotel and resort operators have turned to music to veer potential players away from table games with live dealers and back to brick and mortar facilities by sponsoring artists across all genres. Out of all the acts that have visited Las Vegas, club nights are regularly hosted by rappers and Hip Hop artists, which has pushed the city to become one of the biggest music capitals in the country. Thus, opening the tour in Sin City was an intelligent move for the tour and the best way to kick off the celebration of this cultural phenomenon.

The Vegas lineup will include Kurtis Blow, Public Enemy, the Sugarhill Gang, and plenty more. They will be performing on July 23rd in Downtown Las Vegas Events Center, with tickets starting as $30.50. 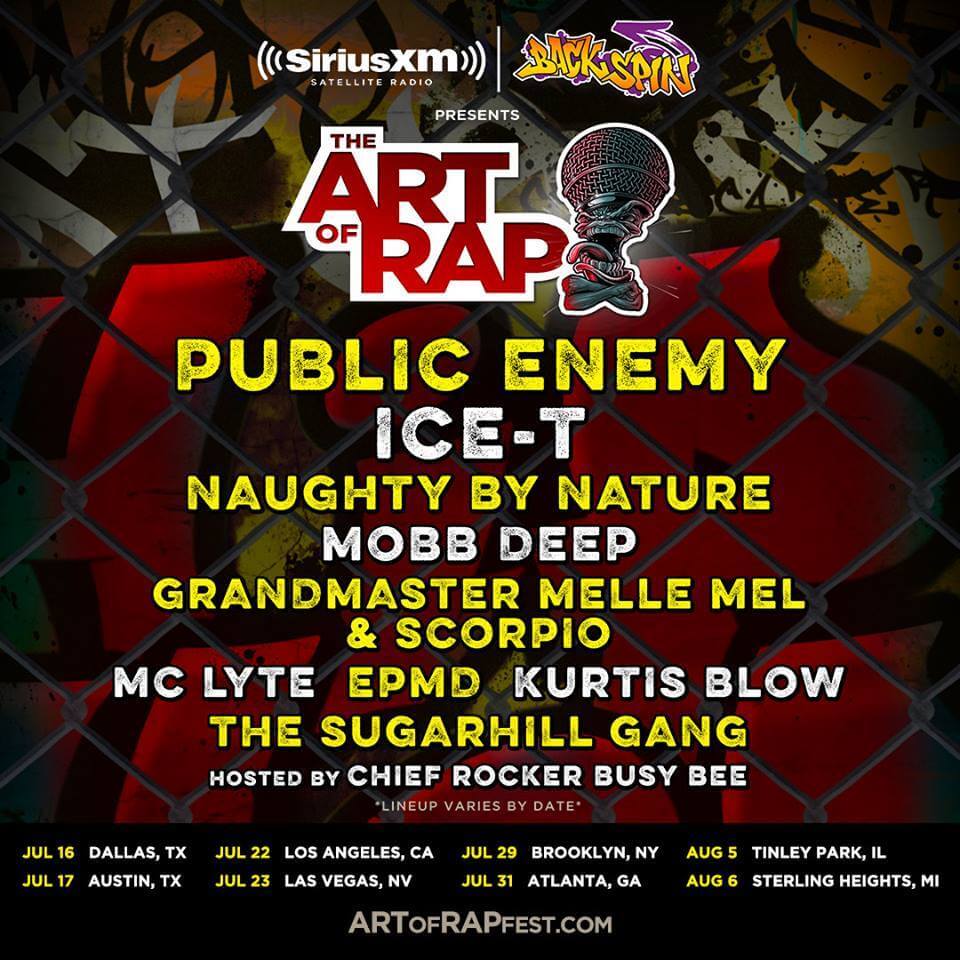