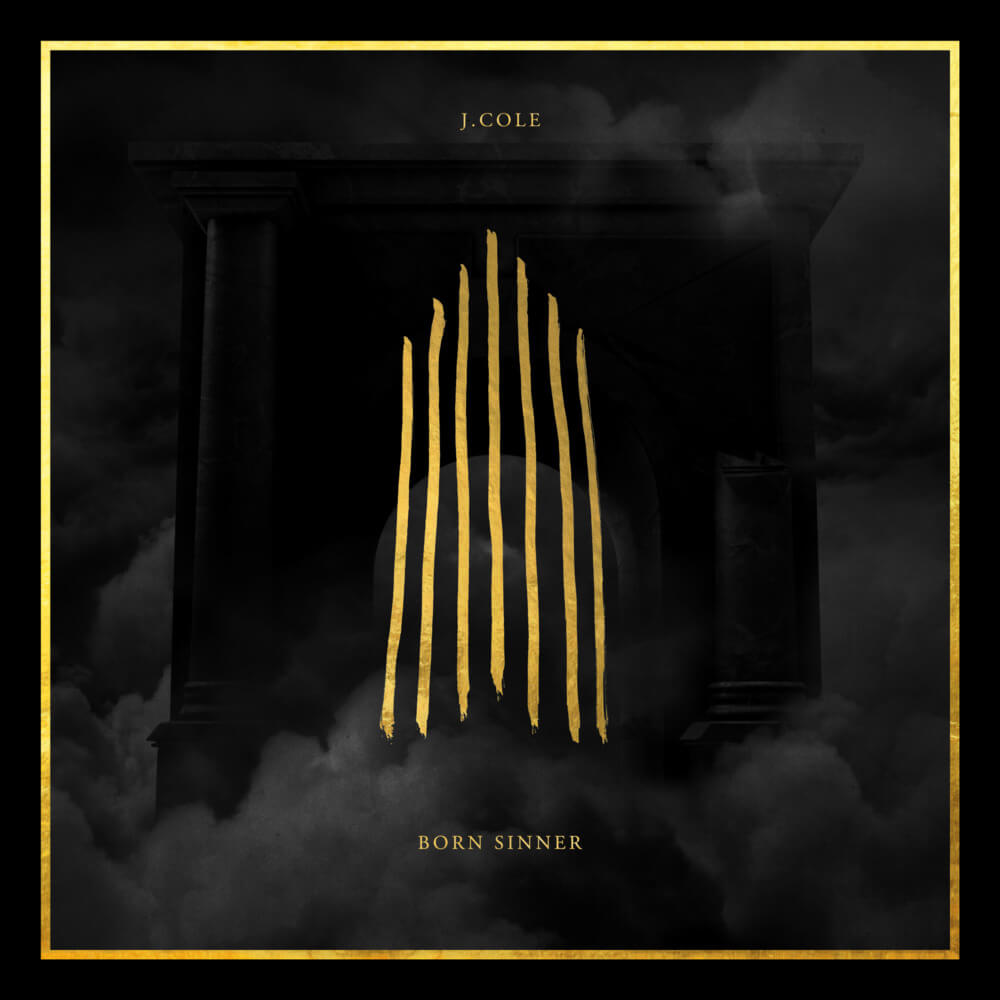 “Spinning in circles, live my life without rehearsal - If I die today my nigga was it business? Was it personal?”

LAnd of the Snakes

Ain't That Some Shit (Interlude)

Born Sinner serves as the follow-up to his debut album, Cole World: The Sideline Story (2011). The album features guest appearances from Miguel, Amber Coffman, Jhené Aiko, James Fauntleroy, Bas, TLC, Kendrick Lamar and 50 Cent. The album was also primarily produced by Cole himself, along with others such as Jake One, Syience, Christian Rich and Elite.

The album was supported by four official singles; “Power Trip”, “Crooked Smile”, “Forbidden Fruit” and “She Knows”. Upon its release, Born Sinner received generally positive reviews from critics. The album debuted at number 2 on the Billboard 200, selling 297,000 copies in its first week of release. After two weeks of being at number 2, Born Sinner climbed to number one in its third week. The album has since been certified Gold by the Recording Industry Association of America (RIAA). As of September 2015, the album has sold over 747,000 copies in the United States. (Wikipedia)