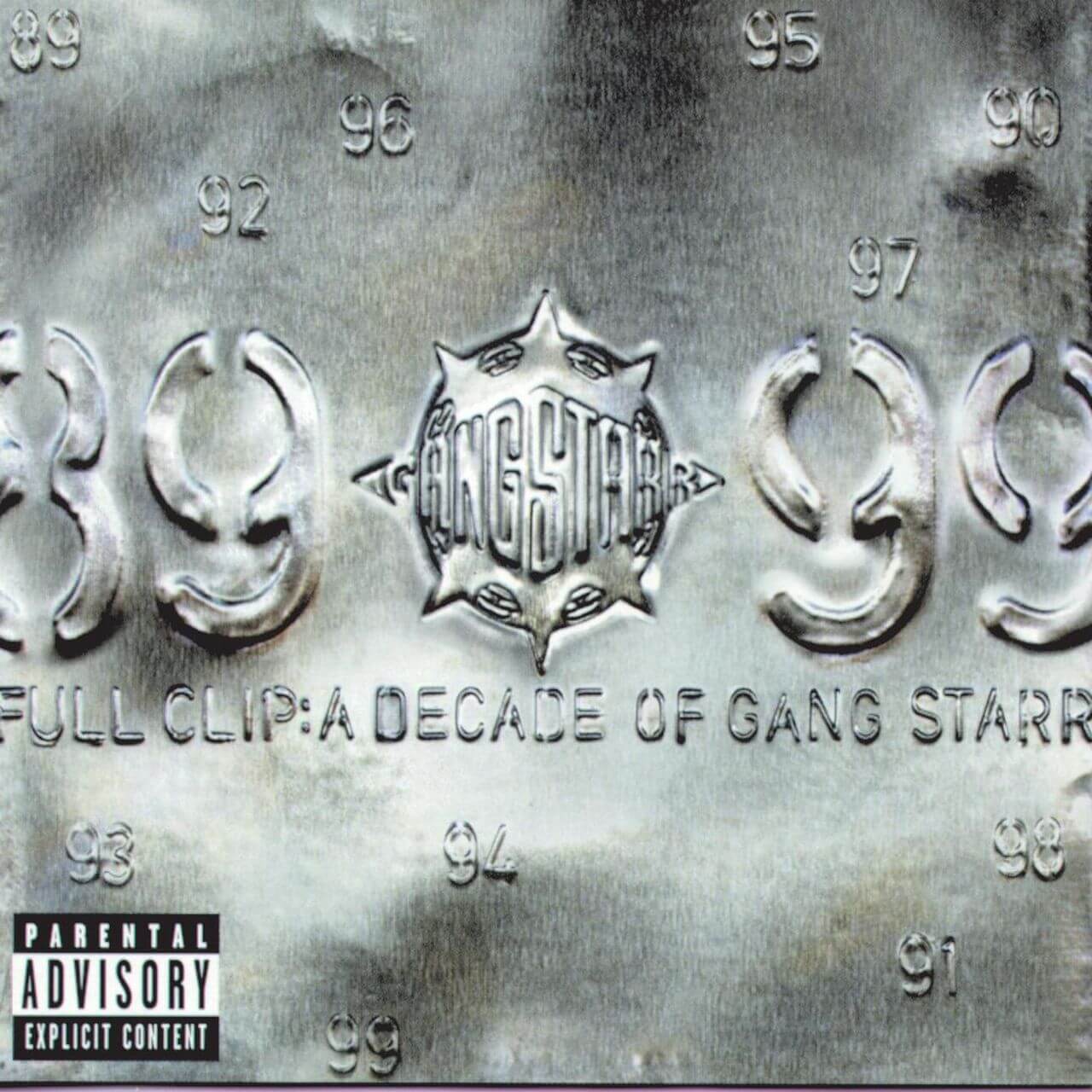 “Fresh out the gate again, time to raise the stakes again - fatten my plate again, y'all cats know we always play to win...”

Ex Girl To Next Girl

Who's Gonna Take The Weight?

You Know My Steez

Just To Get A Rep

Step In The Arena

Gotta Get Over (Taking Loot)

Code Of The Streets

You Know My Steez (Three Men and a Lady Remix)

Full Clip: A Decade of Gang Starr features 32 songs released by Gang Starr between 1989 and 1999, plus a brief ‘intro’ track. The album includes 21 tracks taken from the five albums it had released up to that point, eight of which were previously available only on soundtracks or vinyl singles, and three newly recorded tracks (“Full Clip”, “Discipline”, and “All 4 the Ca$h”). The compilation was certified Gold by the RIAA on August 19, 1999.