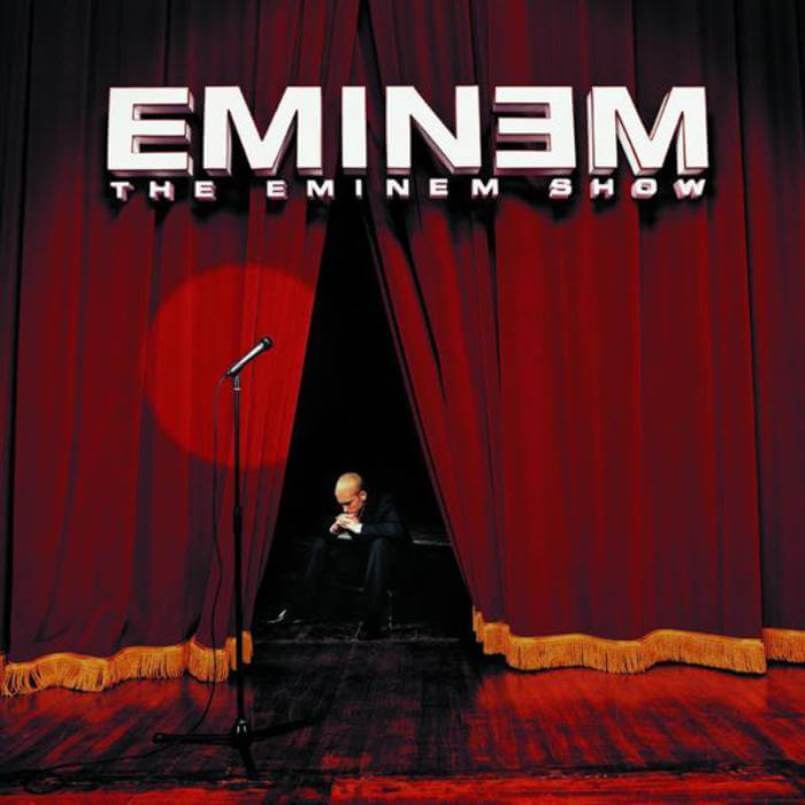 “I never woulda dreamed in a million years I'd see - so many motherfuckin' people, who feel like me - who share the same views and the same exact beliefs - it's like a fucking army marching in back of me”

Cleanin' Out My Closet

Sing For The Moment

When The Music Stops (featuring D12)

'Till I Collapse (featuring Nate Dogg)

The Eminem Show is the fourth studio album Eminem, released on May 21, 2002 by Aftermath Records, Shady Records, and Interscope Records. The Eminem Show includes the commercially successful singles “Without Me”, “Cleanin’ Out My Closet”, “Superman”, and “Sing for the Moment”.

At the 2003 Grammy Awards, it was nominated for Album of the Year and became Eminem’s third record in four years to win the award for Best Rap Album. On March 7, 2011, the album was certified ten-times-platinum by the Recording Industry Association of America, making it Eminem’s second album to receive a Diamond certification in the United States. (Wikipedia)