“Trapped” is a single from 2Pac’s debut album, 2Pacalypse Now.

The first verse tells a story of 2Pac being harassed by the police, one even shooting at him. He then fires back and says he did it because he was tired of constantly being profiled and abused by police officers. 2Pac then depicts the police chasing after him and eventually cornering him. He then ends the song with the line “I’d rather die then be trapped in the living hell”, implying if forced into a corner he would rather die than live life in a cell.

The song samples “Holy Ghost” by Bar-Kays and “The Spank” by James Brown. “Trapped” was featured on 2Pac’s Greatest Hits in 1998. 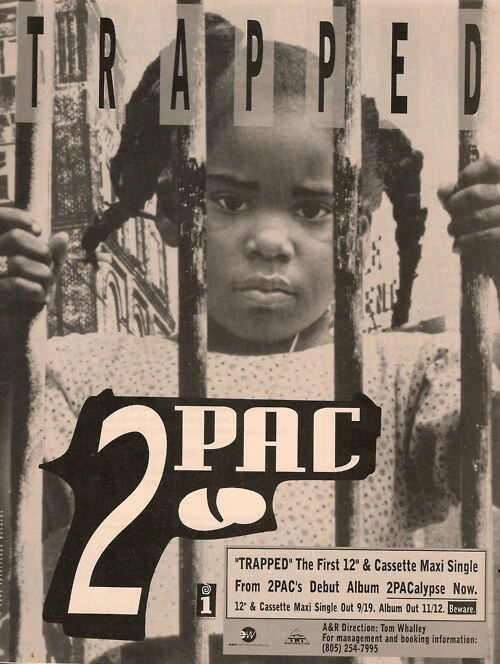