“So Many Tears” is the second single from 2Pac‘s third studio album Me Against the World.

Me Against The World is the third studio album by 2Pac, released on March 14, 1995, by Interscope Records and Jive Records. Drawing lyrical inspiration from his impending prison sentence, troubles with the police, and poverty, the album is described as being 2Pac’s most introspective album. According to 2Pac, Me Against The World was made to show the Hip Hop audience his respect for the art form. Lyrically, he intentionally tried to make the album more personal and reflective than his previous efforts. The musical production on the album was considered by several music critics to be the best on any of his albums up to that point in his career.

Released while 2Pac was imprisoned, Me Against the World made an immediate impact on the charts, debuting at number one on the Billboard 200, holding the top spot for four consecutive weeks, and Top R&B/Hip-Hop Albums chart. “Dear Mama” was released as the album’s first single in February 1995 and would be the album’s most successful single, topping the Hot Rap Singles chart, and peaking at number nine on the Billboard Hot 100. While 2Pac was in prison, the album overtook Bruce Springsteen’s Greatest Hits as the best-selling album of the year in the United States.

Me Against The World was eventually certified double platinum by the Recording Industry Association of America (RIAA). At the 38th Grammy Awards, the album was nominated for Best Rap Album, and “Dear Mama” was nominated for Best Rap Solo Performance. The album received acclaimed reviews by critics, being ranked among the best albums of the 1990s. In 2008, the National Association of Recording Merchandisers (NARM), in conjunction with the Rock and Roll Hall of Fame, included Me Against The World in its list of the Definitive 200 Albums of All Time. 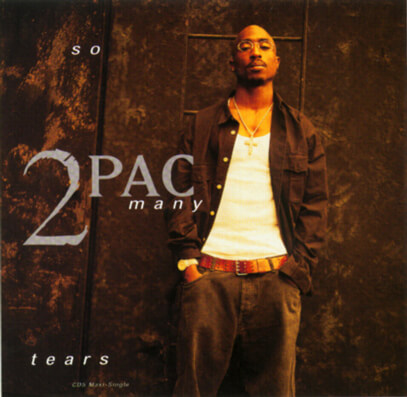