“Keep Ya Head Up” is a 1993 hit single by 2Pac. The song features R&B singer Dave Hollister and is dedicated to black women and Latasha Harlins.

The video opens up with the words “Dedicated to the memory of Latasha Harlins, it’s still on”, in reference to the L.A. Riots. The video has a basic format with Shakur rapping in the middle of a circle surrounded by a crowd of people and in some scenes seen holding a young child. His mother Afeni Shakur also appears in the video. Jada Pinkett Smith (then known as Jada Pinkett) made a cameo appearance in the music video. 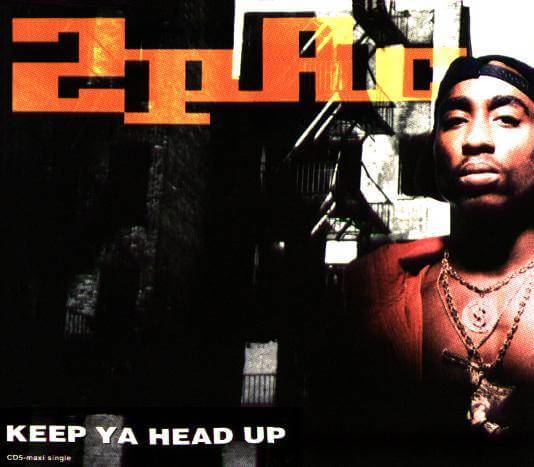