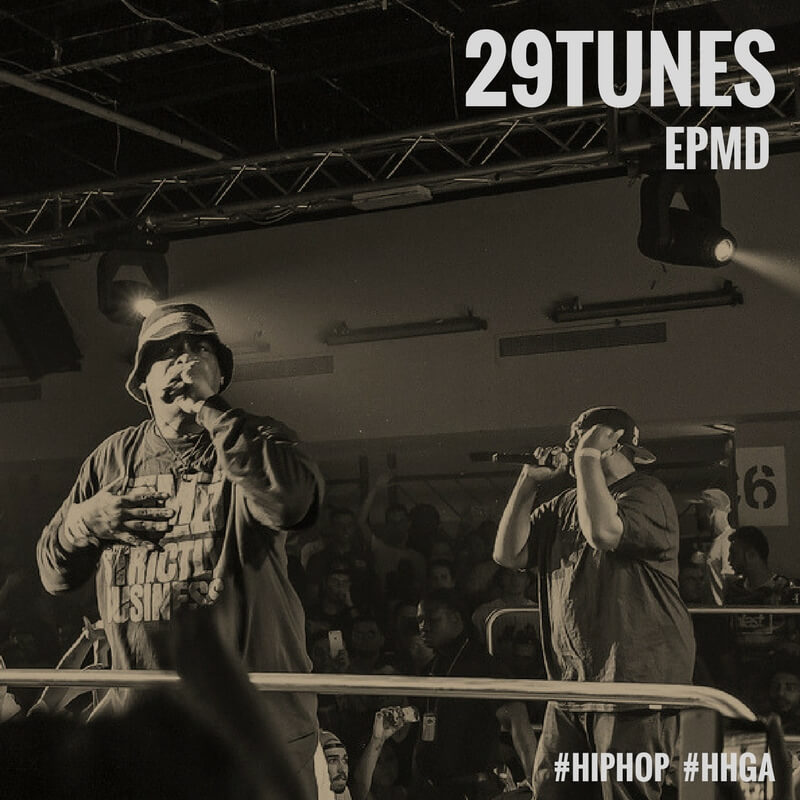 Though EPMD’s hardcore style influenced the urban-oriented gangsta ’90s, Erick Sermon (aka E Double E; b. Nov. 25, 1968) and Parrish Smith (aka Pee MD; b. May 13, 1968) were both raised in the Long Island suburb of Brentwood. They moved into rap separately, with Smith DJing for Rock Squad on a single for the Tommy Boy label. After coming together in 1987 — at which time they named themselves EPMD, short for “Erick and Parrish Making Dollars” — they recorded their debut, “It’s My Thing,” in three hours. The single was later licensed to Chrysalis, and EPMD signed to Sleeping Bag/Fresh Records for the debut album Strictly Business. Propelled by several strong singles (including “You Gots to Chill” and the title track), the album eventually went gold, as did 1989’s follow-up, Unfinished Business. Signed to Def Jam by the beginning of the ’90s, EPMD returned in 1990 with Business as Usual and Business Never Personal two years later. (Full bio by John Bush, continued @ Allmusic)