One of the more highly touted albums of 1996 is also among the most creative and original Hip Hop albums ever crafted. Who else could it have come from than the enigmatic emcee who is among the unsung heroes of the game in terms of reinvention and creativity, and if not for anything else, his bizarre sexual overtures: Kool Keith.

We first became familiar with Kool Keith as part of the Ultramagnetic MCs and the EXTREMELY underappreciated monument that was Critical Beatdown. Why that album is JUST NOW getting the respect it deserved back in the late eighties? After their debut, Keith dropped another two other albums with Ultramagnetic MCs (that weren’t quite as acclaimed). The start of his solo career, when he created alter-ego Dr. Octagon, marked a career turn for Keith Thorton. 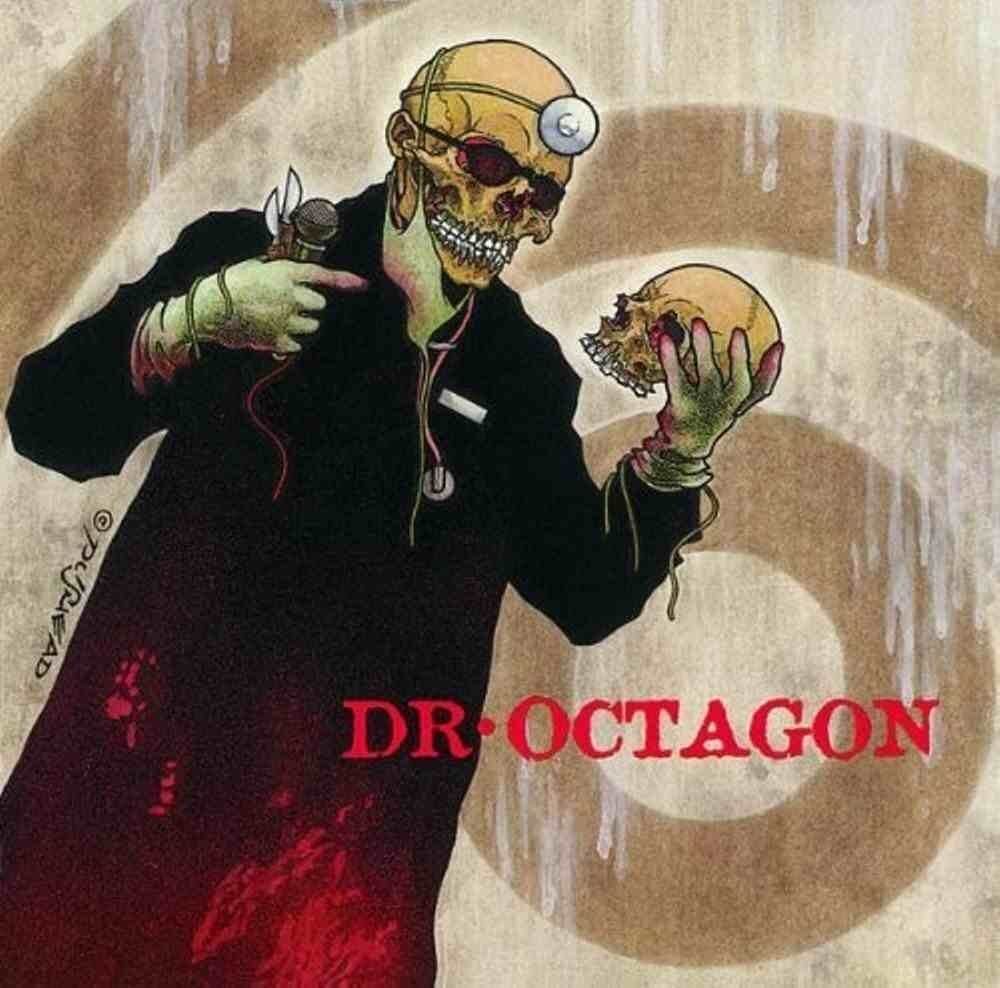 The Dr. Octagon identity of Keith was as insane as it was brilliant. Dr. Octagon is a sexually perverted, half demented time-traveling surgeon. He often kills patients he is operating on, then turns right around to seduce female patients, as he also doubles as a gynecologist. Wait, it gets stranger. Apparently Dr. Octagon is from Jupiter and how he describes his skin and physical attributes is…well…WEIRD. He describes himself as having orange and green skin, with green eyes and a multicolored Afro, and as being a doctor who specializes in “rectal rebuilding” and “saliva gland relocation” among several other practices.

Octagon is clearly a bizarre, twisted, perverted being, and it makes for a very enjoyable listen. Crafted by Kutmaster Kurt and the Gorillaz’ producer Dan The Automator (who also did another sci-fi Hip Hop classic, Deltron 3030 with Del Tha Funkee Homosapien), this is a fascinating piece of work that must be really listened to. Literally, this needs to be heard quite a few times before you really get to the core of Keith’s demented genius.

Cuts like “Girl Let Me Touch You”, “Halfsharkalligatorhalfman”, and “Earth People” are all rides in the extra-terrestrial operating room: deranged, but entertaining nonetheless. Its bizarre nature is what defines this epic piece of music.

Other tracks like “3000” and “Real Raw” show off lyrical skills that BRIEFLY remind people of the more normal (if you could really ever call him that) Kool Keith. Moments like this are few and far between however, and that’s just fine.

Since the emergence of Dr. Octagonecologyst, Kool Keith has dropped twenty other albums. Albums like Black Elvis, Sex Style, First Come First Served, and the most recent L’Astonishing, have garnered Kool Keith a big cult following – but most of Keith’s legend is built on the release of this seminal album.

Often considered too “out there” by a lot of his Hip Hop contemporaries, the album found itself mostly in the homes of alternative and underground fans. Dr. Octagonecologyst is an original, to say the least. You’ll be disgusted just as much as amused. Shocked as much as in gut-busting hysterics. Wouldn’t it be insane if Dr. Octagon, or his other alias Dr. Dooom, did a track with MF DOOM? God, the possibilities… (although Octagon got killed by Dr. Dooom by the end of the album, he resurfaced years later with Return of Dr. Octagon).