Why The UK’s Grime Scene Love Soccer So Much

One of the biggest highlights of Glastonbury this year was when grime artist Dave performed one of his most popular tracks, Thiago Silva, on stage with a fan – a clip that swiftly went viral and even caught the attention of the Brazilian centre-back himself. But it’s not the first time there’s been a crossover between grime and football. The transfer of Paul Pogba was announced by grime star Stormzy, in a social media video created by Adidas several years ago which sparked the trend.

Grime has been growing for a while now, with the niche now one of the biggest things happening in the British music scene. Both synonymous with Britain and born out of the nation’s major cities, it’s no surprise that the two are becoming increasingly intertwined, with some of the UK’s biggest rappers keeping their eyes on Infogol.

Music and Football Have a Historic Connection

British football has been studded with musical associations for many years and different clubs have their songs and anthems that are a big part of fan culture. But Pogba’s announcement made via Adidas and Stormzy sparked a new era for football and music’s love affair. Pogba is a player who understands his audience and their appreciation for a musical genre that is as much at home on the likes of Snapchat as it is on BBC Radio 1Extra. And there has been evidence of other brands getting in on the act as well, such as Nike’s Euro 2016 ad several years back which showcased Novelist and Apple’s ‘The Beautiful Game’ advert which included female MC Little Simz.

Much like in urbanised areas of the US where rap music and sport hold close ties, young talents living in poorer areas of the UK cling to the hope associated with the DJ booth and the pitch in equal measure. Many musicians and athletes alike carry the promise and optimism of their communities with them too, so there’s plenty of crossover between the two interests. It’s also the case that many MCs have even tried out for different clubs over the years, such as Bradley Wright-Phillips and Yannick Bolaise who have spent years competing against each other and dropping rhymes. Former Arsenal player Emmanuel Frimpong even sported the word ‘dench’ on the back of his shirt as a nod to one of the most successful MCs in the genre, Lethal Bizzle, who himself is a big Arsenal fan and friend of the football star. The connection between grime and football has never been bigger. 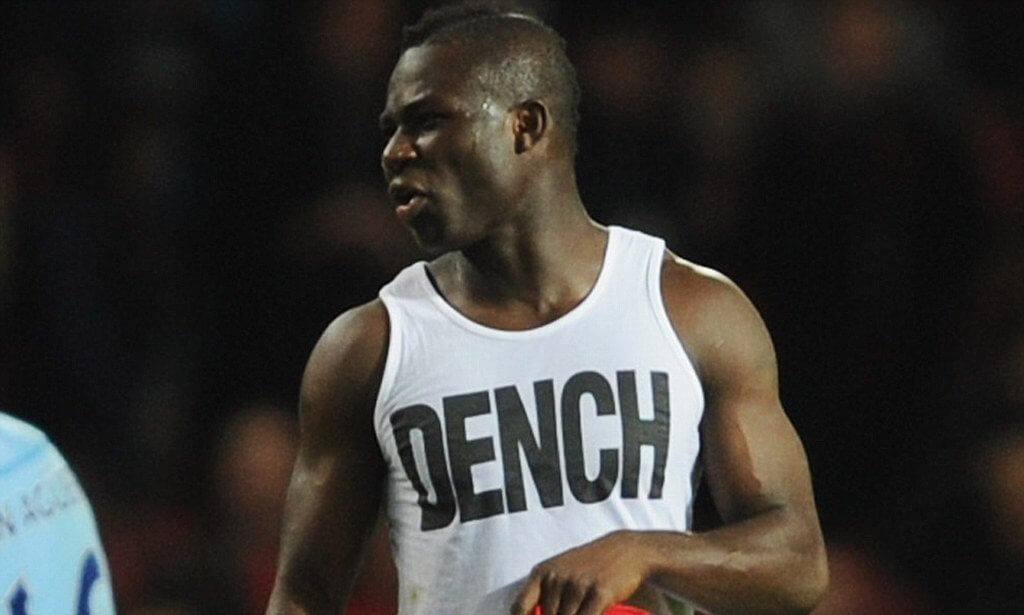 With grime MCs the new rock stars and the music genre gaining traction more every year, it’s no surprise that there’s a crossover with the most popular sport in the world and the music of the moment. With MCs now gaining enormous popularity, footballers want to know them and it’s a relationship that serves as a win-win for both involved. After years of pirate radio airtime and basement battles, MCs are finally getting validation in the mainstream media from big-name football stars.