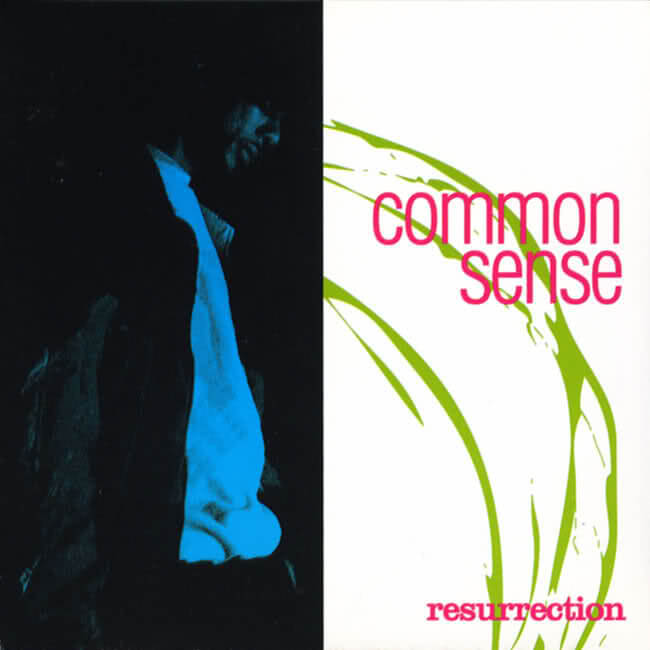 “Over the global, my vocals be travelin’,

On October 4th, 1994, Common released his second album, Resurrection, on Relativity Records. His 1992 debut, while solid, had minimal cultural impact. His clever flow was still undeveloped and his subject matter skewed comedic more than serious. He began to put Chicago on the Hip Hop map, but it would take something greater to establish himself as a force in the genre.

About the title of this effort, Common referenced Tribe’s Midnight Marauders:

I even called the album Resurrection because, in many ways, I felt like I was dead to some people. People didn’t know about me. I remember looking at A Tribe Called Quest’s Midnight Marauders cover and it had all the fresh, young dudes. I wanted to be included as part of the next movement of artists. [I felt like I was] overlooked.

The album starts with the title track. They say intro tracks set the tone for an album, and the same can be said here.

Com’ moved past the humor and jokes of his previous work and begins to become more introspective. From the beginning, he delves deeper than ever into his decision to leave college early and pursue a full-fledged career in rap.

But my brain was bleedin’, needin’ feedin’, and exercise

I didn’t seek the best of buys, it’s a lie to textualize

I analyze where I rest my eyes

And chastise the best of guys with punchlines

“Communism” is a cool word exercise, where he plays on his name in an interesting pattern. The song isn’t about politics as much as it is about Common defining his mission statement while using as many words that start with the syllable “com-” as possible.

My compact disc is a commodity, so buy it

Instead of competing with Pete

Com compromised, Com made a promise

Not to commercialize, but compound the soul

With other elements, compelling sense into Communism

He has a little bit of fun on “Watermelon” kicking as many punchlines as he can fit into two verses. Common said he had Nas’ Illmatic in mind when writing this one, with the goal of letting people know that Chicago had real lyricists too.

Hyper when I ventilate

My rap pieces penetrate and infiltrate your mental state

Speaking of Nas, Common noticed the culture’s decay long before Nas deemed Hip Hop dead in 2006. Com’s “I Used to Love H.E.R.” covered that same topic in detail in 1994. The beauty of this song and what makes it one of my favorite ever is how the message is delivered.

Common spends three verses describing a girl he met as a kid. He discusses falling in love with her and all the amazing things she was about. Then it happens. She trades her culture, morals, and identity for fame and fortune. It isn’t until the 48th bar that Common reveals “who I’m talkin’ ‘bout yall is Hip Hop”. I still think it may be one of rap’s greatest moments, for the fact that it forces you to rewind and reconsider the entire track as an allegory for music. His connection with the music was real and this level of thought and poetry was almost unprecedented in the genre.

I met this girl when I was ten years old

And what I loved most, she had so much soul

Ice Cube took exception to the record and Common’s implicit message that Hip Hop’s decline began when the West Coast’s brand of gangster rap became prominent. It sparked a beef between the two that would eventually be squashed, but the larger point was already made. Hip Hop was transitioning. It was no longer in its innocent phase of love and artistry. It can be argued that this song helps to frame the “old versus new” rap debates that continue today.

So much is said about what Biggie, 2Pac, Nas, and Jay-Z did in the 90s. Common belongs on that list too, and that claim begins with this album. Common established a clear lane for the MC that didn’t lean on upbeat songs and a gangster persona. He was more reflective and thoughtful about things the “common” man goes through. Play Resurrection soon to celebrate one of the game’s legendary MC’s. 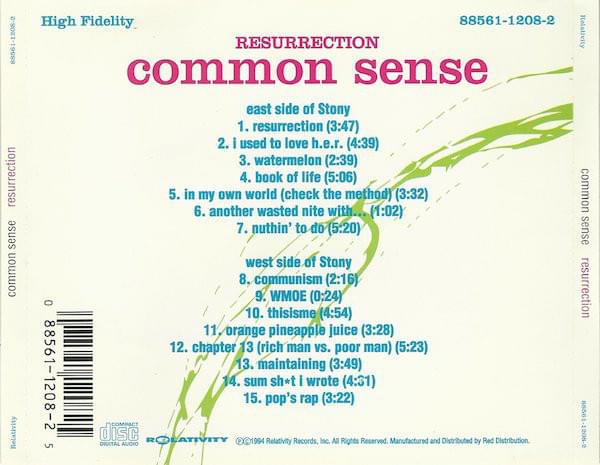