Article May 14 2021 Written by Sabin Prentis

Was The B Side Better? – Eric B Is President vs. My Melody

Welcome to the second installment of our Was the B Side Better? series. With this series, we revisit some of the biggest Hip Hop singles, do a subjective listen to both sides of the 12′ inch, and decide whether the B-side is just as strong or stronger than the more popular A-side. Trust, that in no case do we expect a blowout but we do expect an enthusiastic trip through our Hip Hop memories. 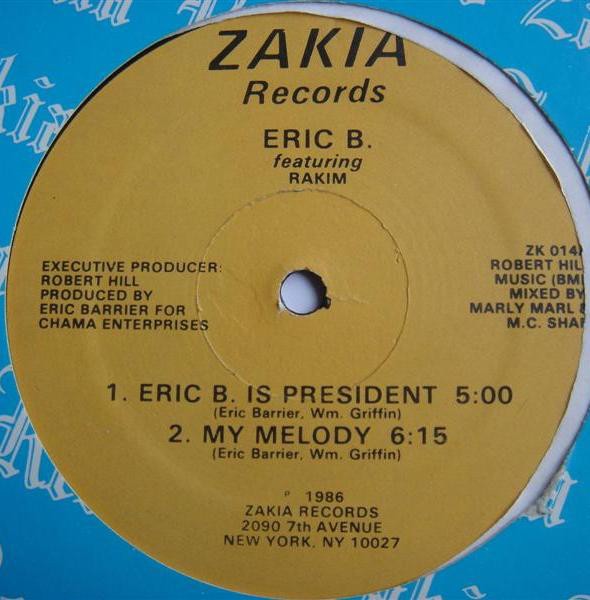 Back in 1986, Hip Hop was on the cusp of a seismic shift. In hindsight, many of us viewed that shift as the start of the Golden Age. Grandmaster Caz & the Cold Crush, The Treacherous Three, and Grandmaster Flash & the Furious Five laid the foundation. Run DMC and even LL Cool J help evolve and popularize the culture. But 1986 would introduce us to the true god MC, your favorite rapper’s favorite rapper, the man who Kool Moe Dee credits with inventing “flow” – Rakim.

All of us have moments in history in which we wish we could have participated, one of those moments for me is to have been present the first time the DJ played “Eric B is President” at the legendary Latin Quarter or other popular New York Hip Hop spot. I imagine a collective WTF moment that transformed to “Oh Sh**!” that evolved to “Hell Yeah!!” all in one song. Eric B’s opening beats announce the party vibe and this then possibly unknown MC announces:

I came in the door, I said it before

I never let the mic magnetize me no more

But it’s biting me, fighting me, inviting me to rhyme

I can’t hold it back, I’m looking for the line

Taking off my coat, clearing my throat

The rhyme will be kicking until I hit my last note

My mind remains refined, all kind of ideas

But still say a rhyme after the next one

And you know that I’m the soloist

So Eric B make ’em clap to this

I imagine people froze on the dance floor and maybe a few others at the bar stopped, turned around, and wondered what did they just hear? Rakim’s rhymes have become known for having that effect on people.

Let’s go back to Kool Moe Dee’s pronouncement that Rakim invented flow. At the time, Run DMC was a the top and their rhyme pattern was unique while their delivery consisted of yelling. Even iconic MC Melle Mel would hit us with an occasional “RRRRRRRRAH!” In contrast to those styles, here comes a laid-back baritone MC from Long Island with this unbothered, thought-provoking, mind-blowing style. Before he was known as an MC, Rakim was a saxophonist and a quarterback. As a quarterback who earned a college scholarship, he knows how to keep his head when the play breaks down and defenders are coming for him. As a saxophonist, he has an understanding of harmony, tone, and melodies. Composure and assurance on the mic as well as using voice and lyrics as instruments are some of the attributes that make his remarkable flow.

Speaking of harmonies, tones, and melodies leads us to the B-side, “My Melody.” I imagined being in the Latin Quarter to hear “Eric B is President,” but I don’t have to imagine where I was when I first heard, “My Melody.” I was in Pontiac, MI in my Aunt Jenny’s driveway, washing the car with my Cousin William. We were playing the radio and I was secretly hoping that Grandmaster Flash’s “Girls Love the Way He Spins” would be played. Then I heard Rakim and I didn’t give a damn about whether girls loved how Flash spun. I was thunderstruck and mesmerized. I was too young to say “WTF,” plus I was so overwhelmed I couldn’t say much of anything.

I heard this melody that I associated with a snake charmer playing a pungi. Then the scratch and beat drop. Because such a combination of sounds was uncommon, I remember looking really confused at William and then over at the radio wondering if the station had changed itself. The station hadn’t changed but Hip Hop had. And it changed with these bars:

Turn up the bass, check out my melody, hand out a cigar

I’m lettin‘ knowledge be born, and my name’s the R

That’s what I’m sayin, I drop science like a scientist

My melody’s in a code, the very next episode

Has the mic often distortin’, ready to explode

I keep the mic at Fahrenheit, freeze MC’s to make ’em colder

Keep you goin’ when I’m flowin’, smooth enough, you know with the rough

Nobody beats the R, check out my melody

A few moments later, I, perhaps like you, was counting on my fingers when Rakim said:

I take seven MC’s put ’em in a line

And add seven more brothas who think they can rhyme

Well, it’ll take seven more before I go for mine 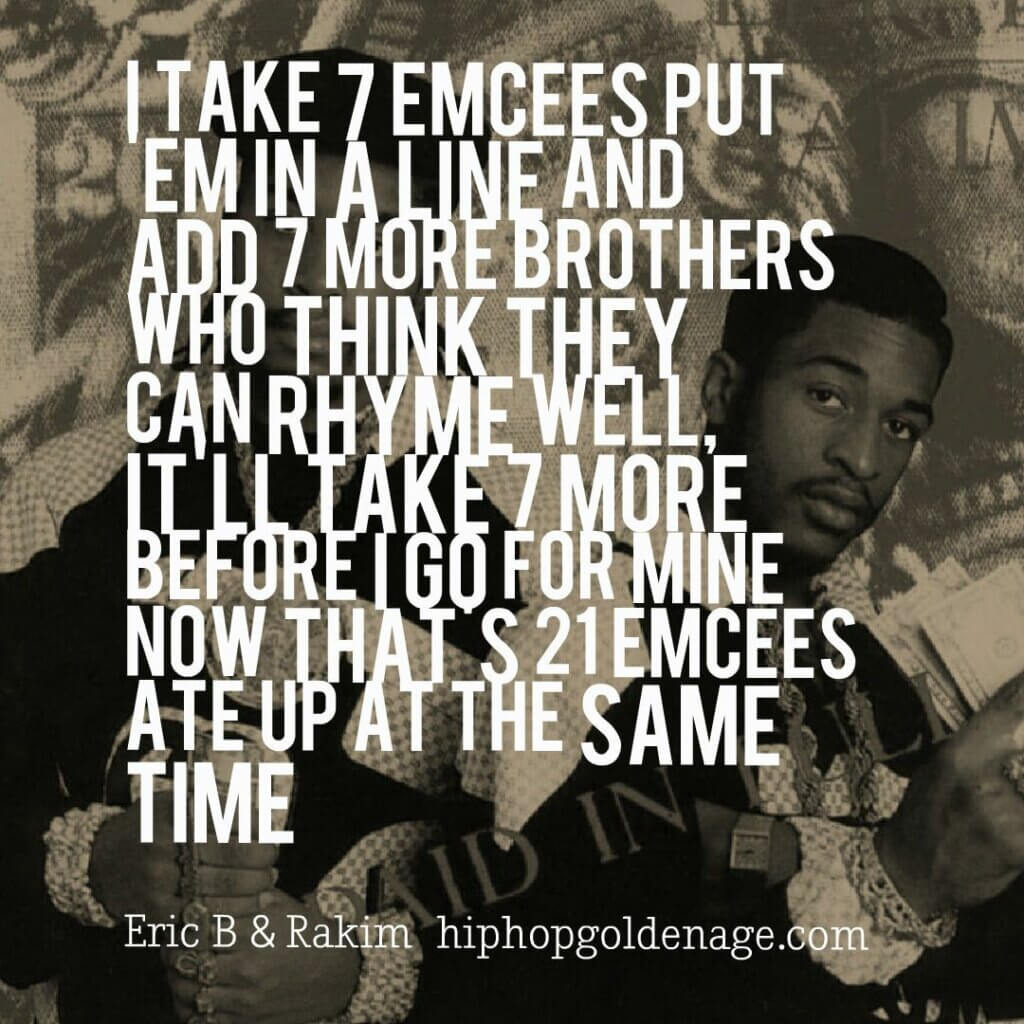 I will share my bias because not only was I not at the Latin Quarter to hear “Eric B is President,” I didn’t hear it until I purchased the Paid In Full album. I had my life changed by hearing “My Melody” which not only compelled me to buy the album but was the beginning of seeing Rakim as more than a rapper; he is an artist.

However, for this essay, “My Melody” is better than “Eric B. Is President.” Why? It is an unfiltered introduction to the MC who literally changed how rappers rap. Remember when we first met a 6’9″ point guard in the form of Magic Johnson? Remember when we first heard a peculiarly named state senator address the Democratic Convention? Yeah, for me, hearing “My Melody” is on par with those life-changing moments. I knew from that moment going forward, things would be different. Rakim is the bar against which all allegedly outstanding MCs are measured and his undisputed status as an iconic MC is what truly makes him a god on the mic!

My unusual style will confuse you a while

If I was water, I’d flow in the Nile

Just because of applause I have to pause

Right after tonight is when I prepare

To catch another sucka duck MC out there

‘Cause my strategy has to be tragedy, catastrophe

And after this you’ll call me your majesty