Today In Hip Hop: 26 Years Ago 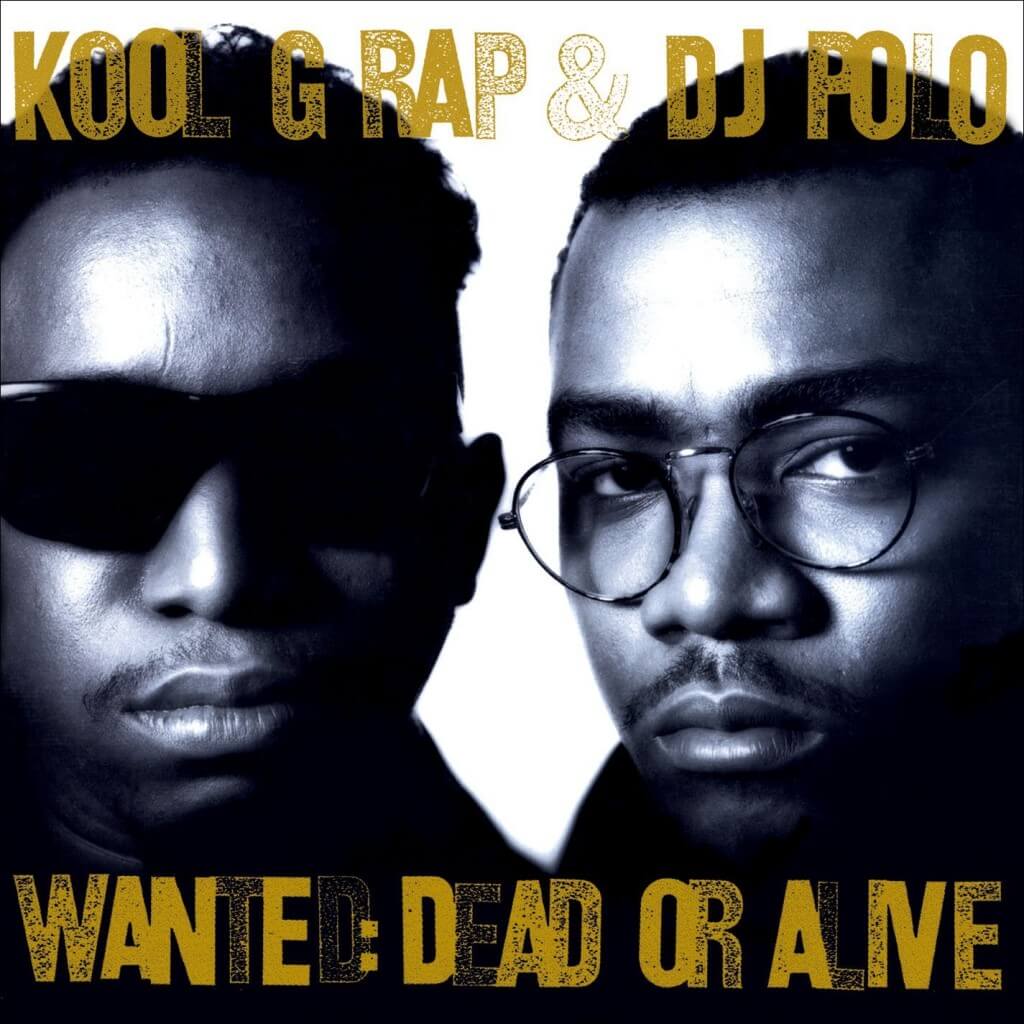 Wanted: Dead or Alive is the second album by Kool G Rap & DJ Polo. The album was released a year after the duo’s debut, Road to the Riches, and received greater acclaim from most music critics. The singles “Streets of New York” and “Erase Racism” received notable airplay on Yo! MTV Raps and the former is credited by Nas as being influential on his song “N.Y. State of Mind” from his critically acclaimed album Illmatic.

Lyrically, the album shows a greater variety of themes, from the battle rap braggadocio that dominated Road to the Riches, to topics of crime, poverty, racism (“Erase Racism”), and raunchy sex rap (“Talk Like Sex”). Perhaps most significantly, there is greater emphasis on vivid descriptions of crime and urban squalor (“Streets of New York”) and references to organized crime, gang violence, contract killing, and Mafia films (the title track, “Money in the Bank”, “Death Wish”), which helped cement Kool G Rap’s reputation as the founder of ‘mafioso rap’.

Kool G Rap & DJ Polo appeared on the New York Hip Hop scene in 1986, releasing “It’s a Demo” (produced by Marley Marl) and becoming recognized members of the Juice Crew. More singles followed until G Rap’s appearance on “The Symphony”, a Juice Crew posse cut that also featured Big Daddy Kane. After this, the Queens-bred duo went into the studio with Marley Marl to cut their first full-length, Road to the Riches. Although the title track laid the foundation for much of New York’s gangsta rap for the next decade, the album was mostly composed of battle rap based material, in line with other rappers like Rakim and Big Daddy Kane.

For their next albums production, Wanted: Dead or Alive, the duo jettisoned Marley Marl, in a move similar to other Juice Crew members. Marley’s lone contribution, “Rikers Island”, was a single from 1987, and it seems to have been tacked on to the album at the last minute, as G Rap had no idea it was on there until years later when interviewed about it. In stead Eric B. was brought in to “handle” production. Known more as a money man than a real DJ or producer, Eric Barrier was responsible for putting on Rakim and getting him his record deal. Barrier had enlisted a young Large Professor to ghost produce parts of “Let the Rhythm Hit ‘Em” after the record’s original producer, Paul C., was murdered. Noting his talents, Barrier gave Large Professor a similar task for G Rap’s second album, to produce the beats and let Barrier take the credit. Large Professor would later address this on Main Source’s “Snake Eyes”, off the legendary Breaking Atoms. Large Professor’s involvement was much larger than on “Let the Rhythm Hit ‘Em”, and the only tracks not noted as being produced by him are the aforementioned “Rikers Island”, “Erase Racism” (which was produced by Biz Markie & Cool V) and “The Polo Club”.

It should also be noted that DJ Polo, like Eric B., was neither an on record DJ and did no scratching on any Kool G Rap album. Road to the Riches turntables were handled mostly by Marley Marl, with some help from Dr. Butcher. For Wanted: Dead or Alive, Dr. Butcher would become G Rap’s exclusive DJ and handle all cuts and scratches for the record. (Source: Wikipedia)