Released on this day in 1993: De La Soul “Buhloone Mindstate” 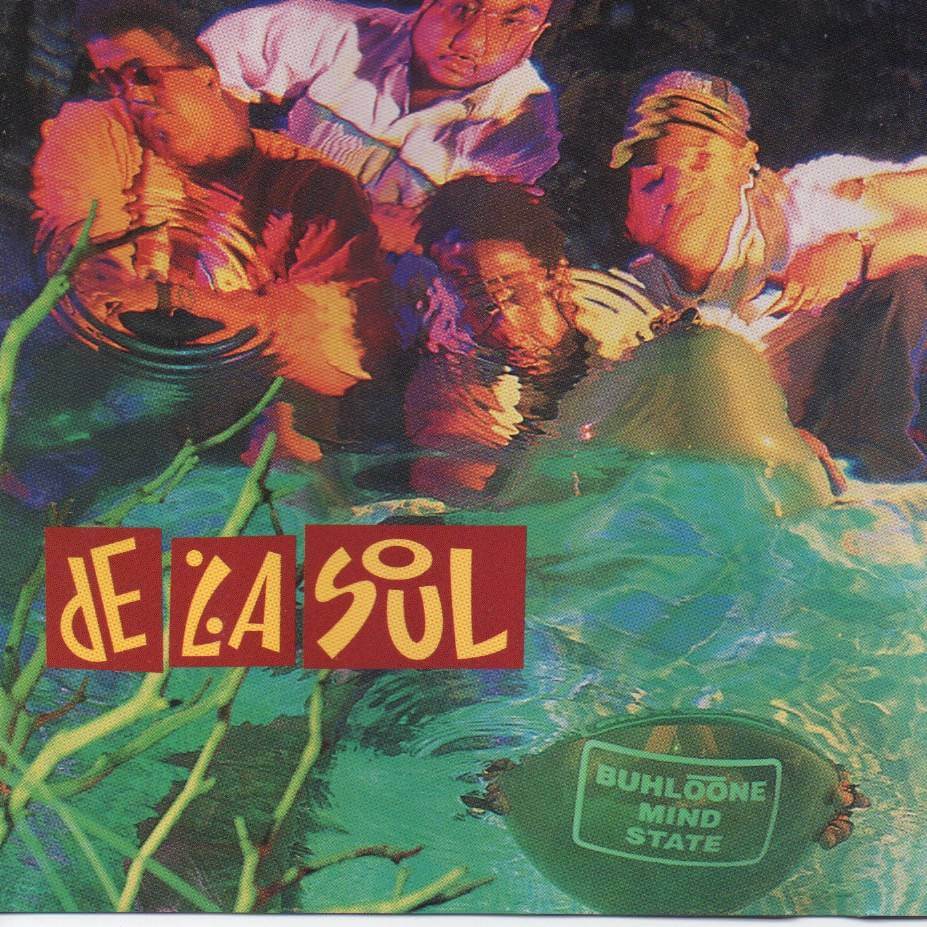 Buhloone Mindstate is De La Soul’s third full-length album. It was the last De La Soul album to be produced with Prince Paul. Comedian Chris Rock ranked it 10th in his list of the top 25 hip-hop albums of all time that was published in Rolling Stone in 2005.

Buhloone is a phonetic spelling of the noun “balloon”. This theme is laid out in the intro track, which starts with the sound of a balloon being inflated; then the hookline “it might blow up, but it won’t go pop” is repeated over and over, until the sound of a balloon popping replaces the final word “pop”. This lends itself to the interpretation that the group hope to expand their popularity with their third album without selling out.

De La Soul continued the early 1990s experimentations with jazz by featuring jazz veterans Maceo Parker, Fred Wesley, and Pee Wee Ellis, on “Patti Dooke” and “I Am I Be”. The song “Patti Dooke” deals with what the group sees as the mainstream’s efforts to control the direction of black music. Posdnous raps:

I’m known as the farmer
Cultivatin’ mate without mendin’
Bendin’, compromising any of my styles to gain a smile
Listen while you hear it
There’s no pink in my slip
I reckon that the rhythm and the blues in the rap got me red
While the boys from Tommy playing bridge crossin’ to a larger community
Yet they’re soon to see I have a brother named Luck

The Japanese rappers Scha Dara Parr and Takagi Kan make an appearance on “Long Island Wildin'” while Biz Markie drops by on “Stone Age” and Guru makes a spoken cameo on “Patti Dooke” (“Peace to my man Premier”…So guard your trenches ’cause we runnin’ through ’em. “). Dres of Black Sheep appears, and the album heavily features Shortie No Mass of Philadelphia. The album was preceded by the single and video “Breakadawn”, which features samples from Michael Jackson’s “I Can’t Help it” and Smokey Robinson’s “Quiet Storm.” (Wikipedia)