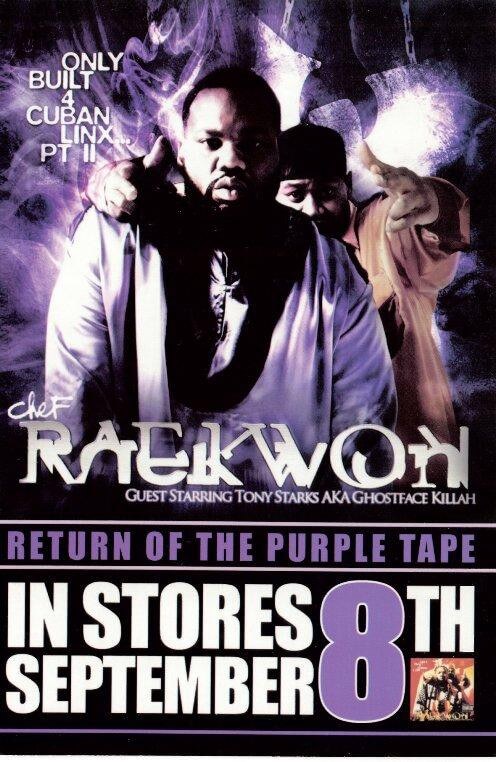 “Got me behind the pot again”

The odds were stacked against him.

His prior two albums had been decent, but both had paled in comparison to his debut.

His crew, the likes of which had never been seen before, was more than a decade removed from its astronomical height.

The music — the culture — was in the midst of a seismic shift to a new look and sound.

Sequels to rap albums very rarely live up to their name — or hype — and the expectations for this one had been building for more than ten years.

Thus, when Raekwon announced that he would be releasing the long-awaited continuation to his stellar debut, Only Built 4 Cuban Linx…, everything was set up for disappointment. 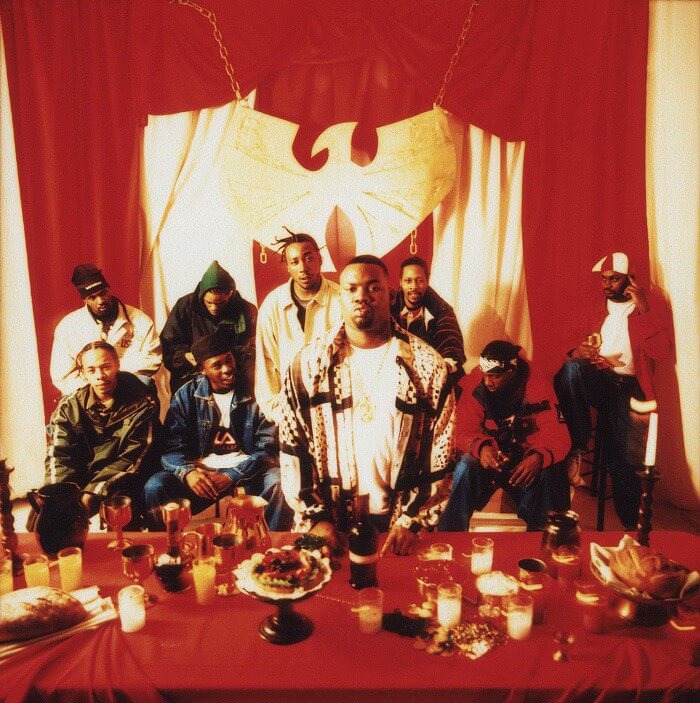 “Tell a friend, it’s that symbol again, that W”

By 2009, the Wu-Tang Clan was no longer seen as invincible.

After storming onto the scene with their kung fu sound effects, chess imagery, and street tales on 1993’s Enter the Wu-Tang (36 Chambers), the group had a half-decade run of dominance of five solo albums that ranged from excellent to great, ultimately culminating in the grandiose double album Wu-Tang Forever.

One of those solo albums was Only Built 4 Cuban Linx…, Raekwon’s solo effort that featured partner-in-rhyme Ghostface Killah as a guest star as the two embark one final score before leaving the streets behind. With its mafia-infused cinematic rhymes — and aliases — over RZA’s layered soundscapes, it influenced albums by other greats of that era, specifically It Was Written, Reasonable Doubt, and Life After Death, and was the greatest album in a year that boasted several classics.

Following the completion of what the Clan’s de facto leader, RZA, had designed as a five-year plan, which had taken the group from the slums of Shaolin to the top of the Billboard chart in the summer of 1997, the group began to drift, both from each other and from its place atop hip-hop.

RZA no longer held dominion over everyone and everything, and the members’ newfound freedom led to every Clansman aside from Masta Killa dropping a solo album between 1998 and 2000. The results were, at best, mixed and the Wu logo lost a bit of its luster, both as a group and from a personal perspective. 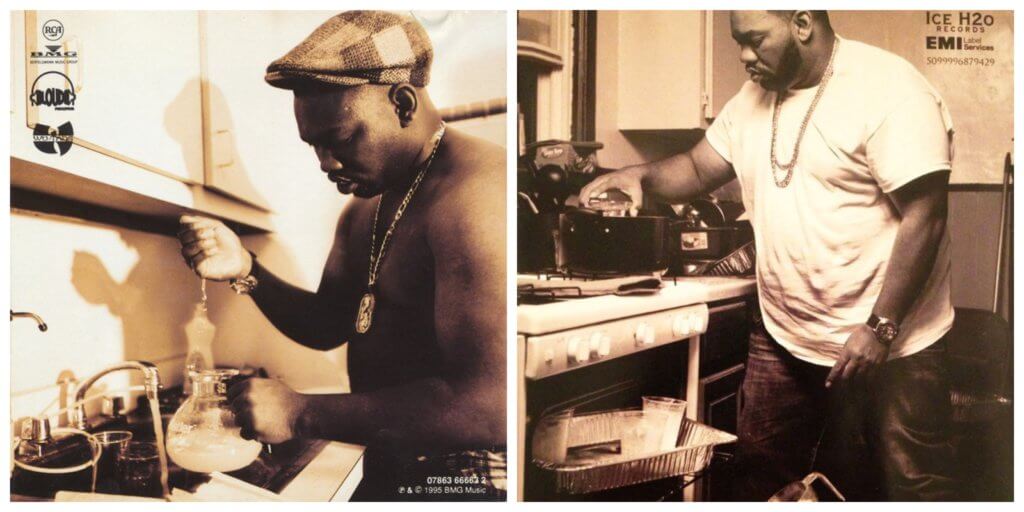 By the end of the first decade of the new millennium, Staten Island’s swordsmen were in the limbo — they were no longer at the forefront of the culture but they had not yet transitioned into their legendary elder statesmen status that leans on nostalgia in a Showtime documentary, a scripted Hulu series, and anniversary concerts.

For Raekwon, one of the Clan’s sharpest swords, his experience matched that of the group as a whole with two uneven projects — 1999’s Immobilarity and 2003’s The Lex Diamond Story — that featured only two Ghostface appearances and zero RZA and were considered to be letdowns by most.

While anticipation for a second Cuban Linx… disc was high, expectations were guarded. 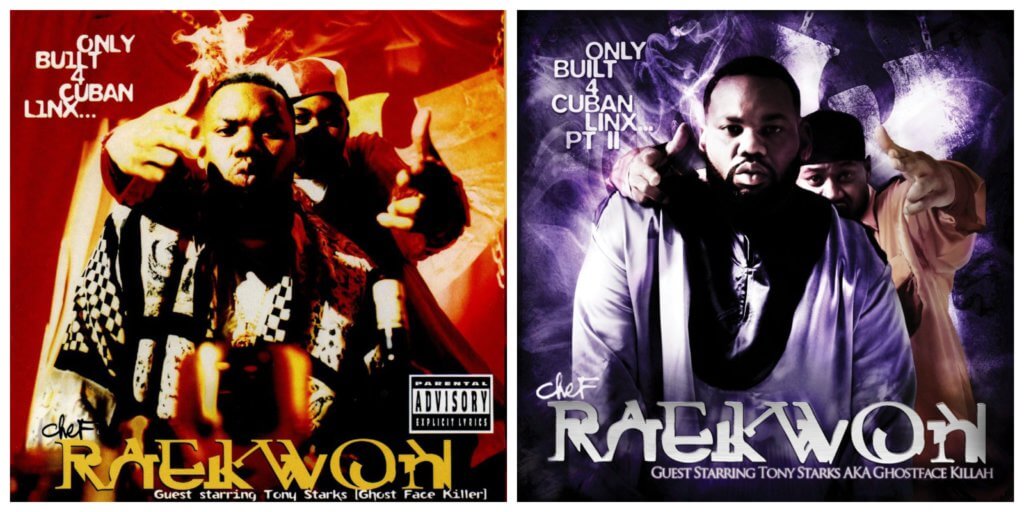 It had been anticipated — and promised — for years.

The Chef began talking about it in 2005, a full decade from when the original had been released. Immediately, speculation began to swirl about who would — and would not — be involved.

It’s going to come out on Aftermath with plenty of Dr. Dre beats and be executive produced by Busta Rhymes!

It’s going to be completely produced by RZA!

Instead of Ghostface, Inspectah Deck and GZA are going to be the co-stars!

And on and on.

Such rumors remained rampant as the years crept by, promised release dates came and went, and Raekwon continued to fine-tune the album while skeptics pointed to the delay as proof that it was an impossible task. From time to time, Rae would give an interview vowing the project was nearly complete, but interest in the mythical album would truly spike only when music was heard like in 2007, the RZA-produced “State of Grace” and the J. Dilla-backed “Baggage Handlers” leaked online. Both tracks, which featured audio from Scarface, not only sounded but felt, like Cuban Linx cuts. Finally, there was proof and, for the first time, it felt like fiction may finally become fact. 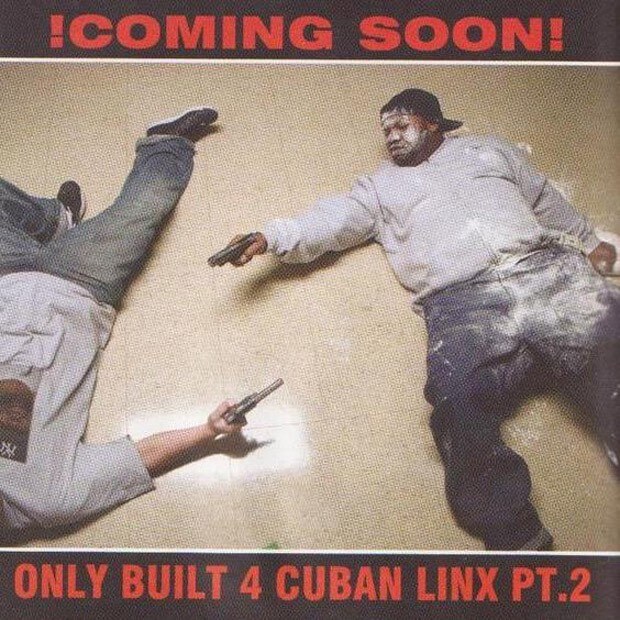 It would take another two years, during which time most fans went from a feeling of optimism to one of resigned disappointment that it would never see the light of day.

Finally, on September 8, 2009, fourteen years, one month, and one week after its predecessor had hit the streets and changed the game, Only Built 4 Cuban Linx… Pt II was unleashed. It was more than worth the wait as the incredibly high expectations were not only met but exceeded.

The original reached legendary status not only because of the music but also due to the cassette’s unique purple tinting. Raekwon said he “wanted his album to stand out against the typical pile of tapes that collected on the floors of people’s cars,” and making it purple would differentiate it.

Of course, cassettes were no longer standard in 2009, but Rae was still able to reference his classic choice by making the artwork on the actual disc a purple tape — with the hole in the CD serving as one of the cassette’s holes. 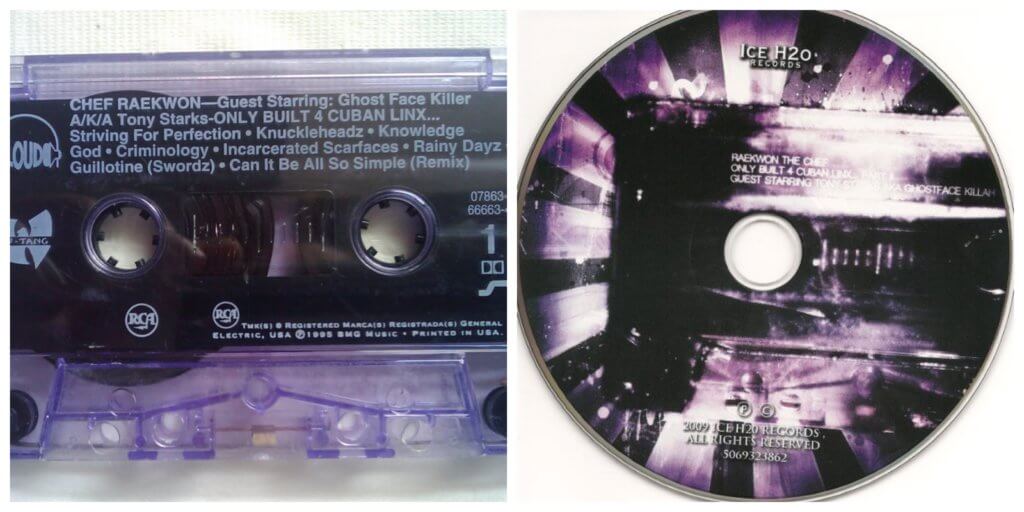 Picking up exactly where the first one ended, Pt. II even utilizes the end of the final song on the original (“North Star [Jewels]”) as the start of the sequel (“Return of the North Star”).

From there, it kicks off with a bang in the form of “House of Flying Daggers,” which finds Deck, Ghostface, and Method Man spitting over a relentless marching synth that immediately took its place among the greatest Wu posse cuts ever.

“Pyrex Vision” finds the Chef back in the kitchen again and though it is under a minute long, it still resonates. “Black Mozart” brilliantly — and appropriately — interpolates The Godfather soundtrack; Rae delivers a compassionate tribute to his late comrade Ol’ Dirty Bastard on “Ason Jones”; “10 Bricks,” featuring Ghostface and Cappadonna, feels like it was recorded in ’95; and “New Wu,” along with the dual closer of “Mean Streets” and “Kiss the Ring” are all vintage cinematic Cuban Linx tracks but delivered in the relaxed manner that comes with age and maturity.

It is very much a family affair as every living Clansman aside from U-God appears at least once, but whereas Nas was the only emcee outside of the group invited to the original, Rae opened up the second journey to several more non-Wu members, each of whom bring their own brand of potency. There’s Beanie Sigel’s introspective verse about being locked up on “Have Mercy” to Jadakiss and Styles P. bringing their asphalt aesthetics to “Broken Safety” to Busta Rhymes and the legend Slick Rick being their serious yet playful selves on “About Me” and “We Will Rob You,” respectively.

The combination of featured guests shows how Rae was attempting to look both backward and forward at the same time, revisiting the first one while also appreciating the growth that had transpired over the years:

“The whole main purpose of the album is to make you reminisce. But at the same token, you still gotta show some kind of growth, and we did that, too. My mind is thinkin’ in both directions at the same time — on makin’ a classic album and still managin’ to make it sound like how we was feelin’ when we made music way back when.”

Even more than through the rhyme spitters, this duality was achieved through the lush, atmospheric backdrops that came from the roster of producers that ranged from excellent (Scram Jones) to legendary (J Dilla, Pete Rock), from Shaolin veterans (RZA, Mathematics, True Master) to those new to the Wu sound (Marley Marl, Dr. Dre).

Each one kept not only the same sound, but also the same vibe and feel of the original, channeling vintage RZA without biting him or compromising their own approach: “The myriad of producers didn’t work together, but somehow they all managed to end up on the same page.”

All of it — rhymes, beats, imagery, even the cover art — came together to create another perfect mixture:

“Everything about Only Built 4 Cuban Linx…Pt. II demands worship and solidifies Raekwon as one of history’s best with a continuation that exceeds his original debut in every way imaginable.” 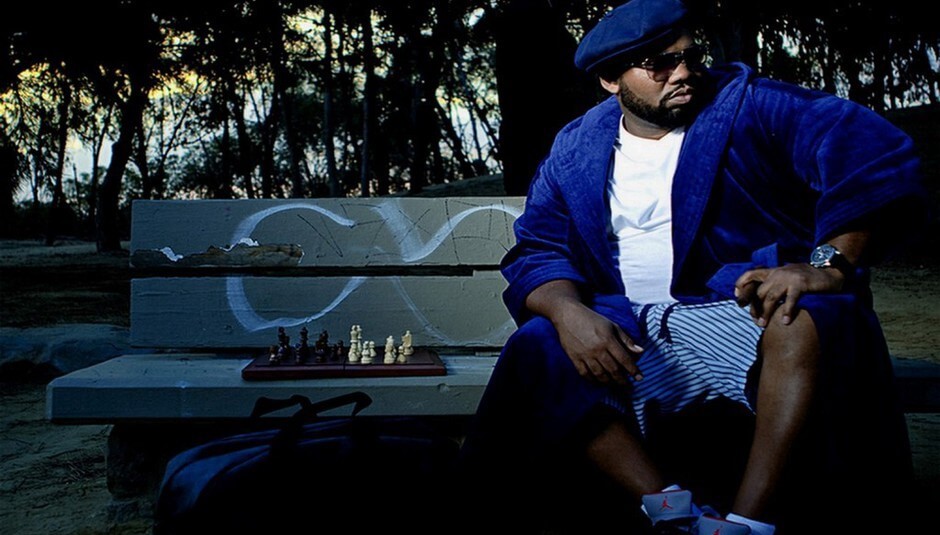 “When I step inside, kiss the ring”

Only Built 4 Cuban Linx… Pt. II debuted at number four on the Billboard 200 — and number two on the Top R&B/Hip-Hop Albums chart — both matching the highest chart placements of the original. Moreover, it was the number one downloaded album on iTunes for the first three days following its release, a significant accomplishment, particularly when considering it had been six years since Rae had released an LP and that one had not even cracked the top 100 of the chart, not to mention where the Clan stood in the minds of most casual rap fans.

In total, it was the sixth-highest rated album of the year across all genres and the top hip-hop entry on the list by a wide margin.

By returning to his greatest accomplishment, Raekwon also reclaimed his spot among hip-hop’s best lyricists, even being crowned emcee of the year by HipHopDX and lauded by Time: “Raekwon is a poet of grime, a storyteller who understands that rap is less about an easy hook than the collision of carefully chosen words.”

It was rap’s equivalent of The Godfather Part II — a sequel that not only lives up to the original while also standing on its own merits but, when experienced together as part of a duology, brings even more impact to the original.

After a decade-and-a-half of anticipation, promises, false starts, and disappointments, Raekwon ultimately defied the odds and created a classic that is also the greatest rap sequel of all time:

“With a heavy dose of Ghostface, flawless sequencing, tremendous cohesion despite the range of producers, and age-defying lyrical performances from Raekwon himself, Pt. II matches the magic of its originator without trying to recreate it.” 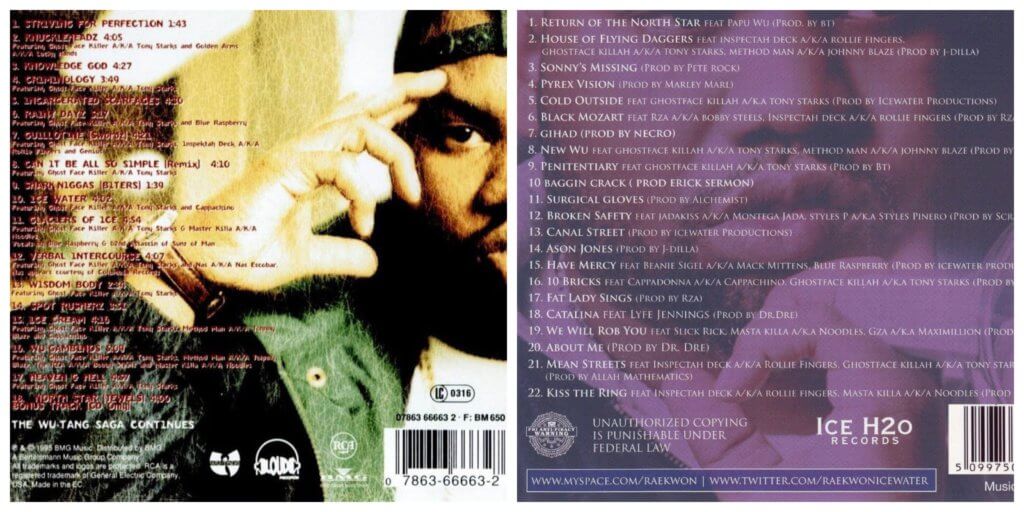 Republished from THE PASSION OF CHRISTOPHER PIERZNIK

Christopher Pierznik is the author of nine books, including The Hip Hop 10 and Hip Hop Scholar, all of which are available in paperback and Kindle. In addition to his own site, his work has appeared on XXL, Cuepoint, Business Insider, The Cauldron, and many more. Follow him on Facebook or Twitter.

A Decade Of Slaughterhouse