The Come Up: An Oral History Of The Rise of Hip-Hop 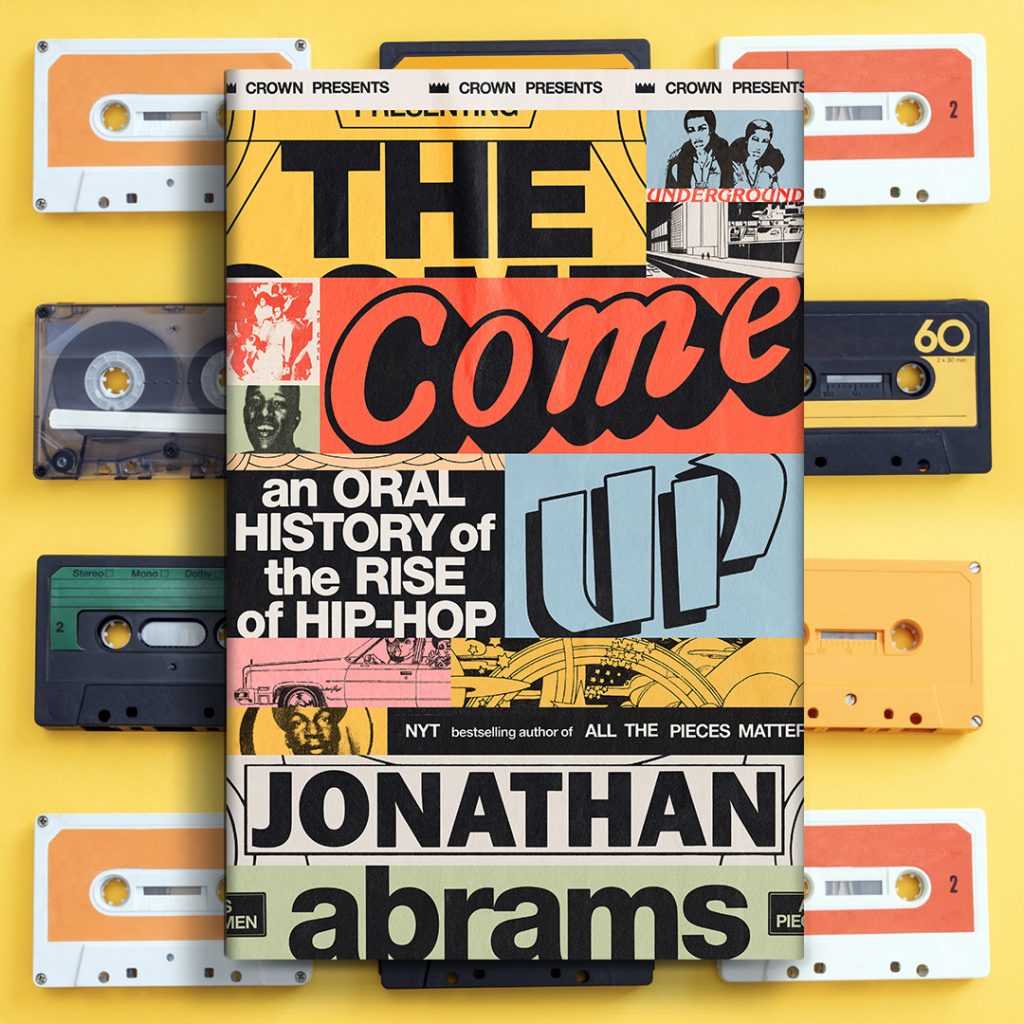 The Come Up: An Oral History of the Rise of Hip-Hop

The essential oral history of hip-hop, from its origins on the playgrounds of the Bronx to its reign as the most powerful force in pop culture—from the award-winning journalist behind All the Pieces Matter, the New York Times bestselling oral history of The Wire

“The Come Up is Abrams at his sharpest, at his most observant, at his most insightful.”—Shea Serrano, #1 New York Times bestselling author of Hip-Hop (And Other Things)

ONE OF THE BEST BOOKS OF THE YEAR: The Boston Globe, The Guardian, Spin

The music that would come to be known as hip-hop was born at a party in the Bronx in the summer of 1973. Now, fifty years later, it’s the most popular music genre in America. Just as jazz did in the first half of the twentieth century, hip-hop and its groundbreaking DJs and artists—nearly all of them people of color from some of America’s most overlooked communities—pushed the boundaries of music to new frontiers, while transfixing the country’s youth and reshaping fashion, art, and even language.

And yet, the stories of many hip-hop pioneers and their individual contributions in the pre-Internet days of mixtapes and word of mouth are rarely heard—and some are at risk of being lost forever. Now, in The Come Up, the New York Times bestselling author Jonathan Abrams offers the most comprehensive account so far of hip-hop’s rise, a multi-decade chronicle told in the voices of the people who made it happen.

In more than three hundred interviews conducted over three years, Abrams has captured the stories of the DJs, executives, producers, and artists who both witnessed and themselves forged the history of hip-hop. Masterfully combining these voices into a seamless symphonic narrative, Abrams traces how the genre grew out of the resourcefulness of a neglected population in the South Bronx, and from there how it flowed into New York City’s other boroughs, and beyond—from electrifying live gatherings, then on to radio and vinyl, below to the Mason-Dixon Line, west to Los Angeles through gangster rap and G-funk, and then across generations.

Abrams has on record Grandmaster Caz detailing hip-hop’s infancy, Edward “Duke Bootee” Fletcher describing the origins of “The Message,” DMC narrating his role in introducing hip-hop to the mainstream, Ice Cube recounting N.W.A’s breakthrough and breakup, Kool Moe Dee recalling his Grammys boycott, and countless more key players. Throughout, Abrams conveys with singular vividness the drive, the stakes, and the relentless creativity that ignited one of the greatest revolutions in modern music.

The Come Up is an exhilarating behind-the-scenes account of how hip-hop came to rule the world—and an essential contribution to music history.

“It’s an extraordinary tale, the story of how a grassroots culture created itself from the streets and became an international force. To his credit, Abrams doesn’t just talk to the architects. He also gets input from the stonemasons, the contractors and the other heavy lifters. It’s the oral history hip-hop deserves as its beat goes on.”—Los Angeles Times

“The Come Up . . . is a riveting account of how rap carried hip-hop culture from obscurity to ubiquity, from disrespected to winning the Pulitzer Prize—and how it should have been getting that respect all along.”—Landscape

“An ambitious collection of firsthand accounts of hip-hop’s birth and ultimate rise as the gravitational center of pop culture.”—Okayplayer

“Monumental and comprehensive . . . Sourced from years of in-depth interviews, The Come Up: An Oral History of the Rise of Hip-Hop chronicles the culture from its origins on the playgrounds of the Bronx to its ongoing reign as the most powerful force in popular culture.”—Rock the Bells

“A masterpiece in book form. After conducting over 300 interviews over the course of three years, [Jonathan] Abrams has accomplished the incredible feat of detailing the rise of hip-hop straight from the creators of the genre themselves.”—Spin

“Jonathan Abrams, for the entirety of his career and regardless of the subject matter, has shown a profound ability to take the words and recollections of others and stitch them together into something big and special. The Come Up is Abrams at his sharpest, at his most observant, at his most insightful.”—Shea Serrano, #1 New York Times bestselling author of Hip-Hop (And Other Things)

“Hip-hop is a story machine, and Jonathan Abrams is unsurpassed in capturing the best of them. What Please Kill Me did for punk rock, The Come Up has done for hip-hop. These are the tales that made a movement.”—Jeff Chang, author of Can’t Stop Won’t Stop

“Abrams set out to accomplish a task that sounds absurd: assemble an oral history of hip-hop from the five boroughs to the Bay and from Memphis to Miami, and the ascendance of everyone from G-Funk to G-Unit. Brilliantly curated and meticulously reported, this book will last for decades.”—Jeff Weiss, founder of Passion of the Weiss

“To say this book is incredible simply doesn’t do it justice. It’s essential—a primary source. Eat this book. Steal this book.”—Cheo Hodari Coker, creator of Marvel’s Luke Cage and author of Unbelievable: The Life, Death, and Afterlife of The Notorious B.I.G.

“It’s one thing to say you want to write an oral history on hip-hop. It’s another thing to actually do it. The result is special—even for one of this country’s truly legendary storytellers.”—Justin Tinsley, author of It Was All a Dream

“Kaleidoscopic . . . [The Come Up] will captivate hip-hop heads.”—Publishers Weekly

“[An] essential oral history of the genre. . . . [and] a labor of love and respect.”—Library Journal

Jonathan Abrams is an award-winning staff reporter for The New York Times. He is the bestselling author of two previous books, Boys Among Men and All the Pieces Matter. A graduate of the University of Southern California, Abrams was formerly a staff writer at Bleacher Report, Grantland, and the Los Angeles Times. 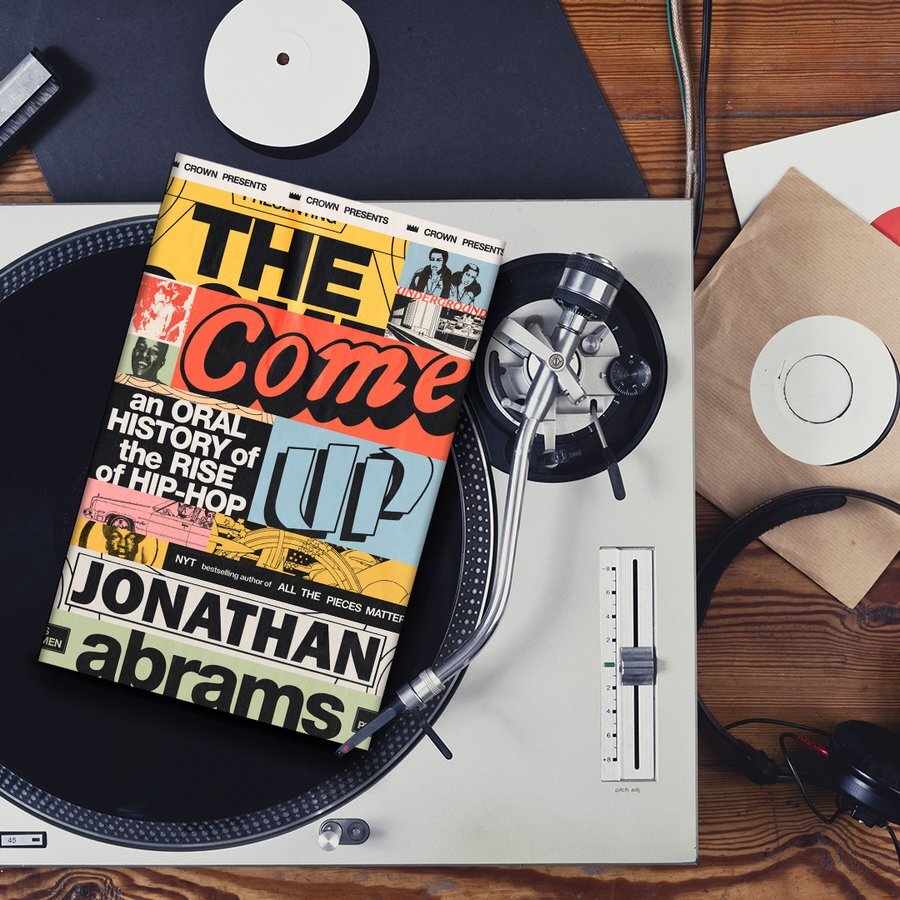