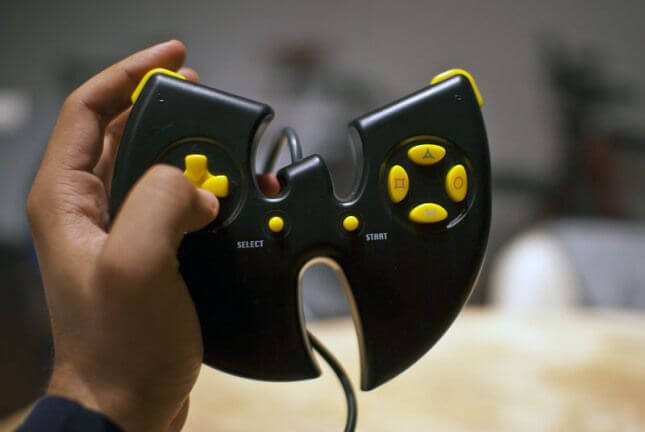 Hip Hop and gaming have generally formed a successful bond over the years, with some games being specifically designed for hip-hop audiences. We have seen countless rappers featured on video game soundtracks over the years, too. It’s the Hip Hop-inspired games that most fans of both gaming and the music genre remember fondly, though.

You might not see some of hip-hop’s biggest albums of 2021 featured in certain games being released in the modern-day, but a selection of old-school artists have games bearing their name from beginning to end. It’s worth noting that these types of collaborations have resulted in some extreme dross, too, though, as games developers and the artists themselves aim to make a quick buck. Overall, there are some classic titles many fans will remember still.

These types of video games aren’t just limited to music either. Television shows have crossed over into the world of gaming on numerous occasions also. One look at casino.com’s TV-themed slot games, where you can play a Game of Thrones title or tuck into a reality TV-inspired release like Hell’s Kitchen, illustrates this. We have seen games based on popular movies, too, like Alien: Isolation and Jurassic World Evolution. It’s the Hip Hop video games we’re focussing on today, though. For fans of the music genre, there have been some truly memorable releases over the years. Below is a look at some of them.

Wu-Tang: Shaolin Style isn’t the best video game ever made but it’s certainly fun. Playing with your favorite members from the iconic hip-hop group, players can battle their way out of trouble in a fight to the death. The game, which was released in 2000 on PlayStation, was a 3D fighter similar in style to that of Mortal Kombat and Street Fighter, although in terms of gameplay and graphics it certainly lagged behind the two. Still, for Wu-Tang fans, it was certainly entertaining.

A hugely popular release from 2003 on both PlayStation 2 and Gamecube, Def Jam Vendetta is a title most fans of Hip Hop think of when assessing music-related video games from over the years. It’s understandable too, given its army of famous faces you could fight with. Rappers in the game include the likes of Redman, Method Man, Joe Budden, and the legendary DMX, who sadly passed away not too long ago. It was a fairly basic game, but it served up endless chaos and fun, especially if you were playing it with friends. It’s no surprise that the game would go on to spawn two more sequels, either.

50 Cent is said to be an avid gamer, making his move into the gaming world an entirely understandable one. Available on PS2, 50 Cent: Bulletproof was an action video game developed by Genuine Games and featured cameo appearances from 50’s friends, Dr. Dre, Eminem, and G-Unit. The game essentially revolved around the American rapper attempting to seek vengeance on the hitmen who tried to kill in the past. The game’s sequel, 50 Cent: Blood In The Sand, is worth checking out too.

Massive games like Just Dance led to numerous spin-off titles featuring bands like the Black Eyed Peas. Releasing a dance game in 2011, the American group featured prominently in the game where players would mimic the choreography shown and gain points based on how well they executed certain moves. Available on the Nintendo Wii and Xbox 360, the game did reasonably well overall.

Other memorable releases include Parappa The Rapper and Marc Ecko’s Getting Up: Contents Under Pressure.