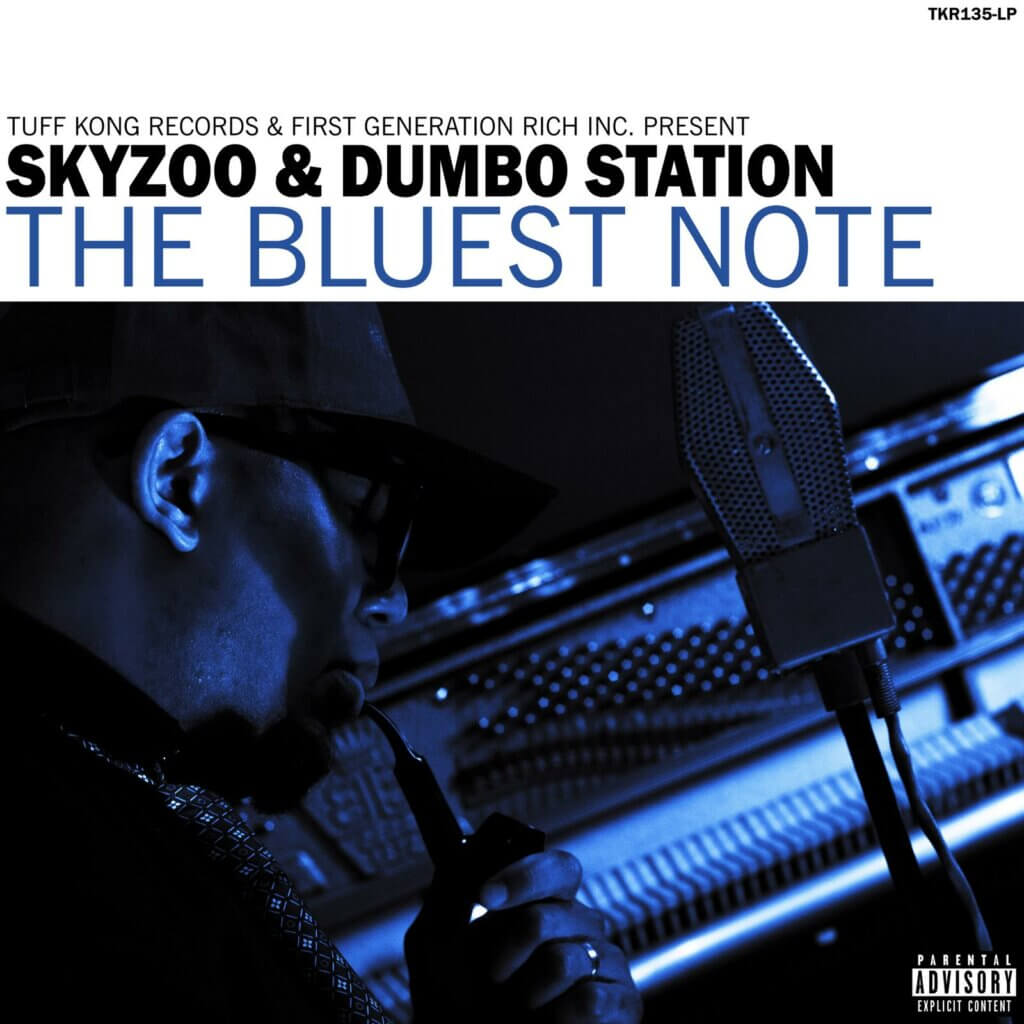 With Retropolitan, Skyzoo’s most recent collaborative project with Pete Rock, he got to live out a dream, as two generations of legendary native New Yorkers aligned to create an album that was both a love letter and a wakeup call to the city they love.

Now, with The Bluest Note, Skyzoo is checking another box on his bucket list.  “Since my debut album, I’ve never released a project that didn’t include a moment of jazz influence; with some sort of live instrumentation, something that connected my lyricism with the truest definition of musical lyricism; jazz” Skyzoo commented.  “As much as I’ve incorporated my favorite genre of music with my other favorite genre of music, this is the first time I’ve been able to craft an entire project based on jazz production from top to bottom” Skyzoo quipped.  “The Bluest Note is a testament to something I’d been longing to do for as far back as I can remember.”

In 2017, Sky was touring in Italy and while there attended a show from a local nu-jazz band, Dumbo Station, and was immediately impressed.  Shortly thereafter, those seeds blossomed into conversations and in June 2019 Skyzoo was in Rome writing, composing and recording music with the talented musicians.

“Collaborating with Italy’s renowned jazz band Dumbo Station was an absolute honor. From writing musical arrangements with them and having them bring them to life in the studio in Rome, Italy; it was a perfect union and execution of what I foresaw when I began to sketch out the project.  Six songs, as an homage to the classic jazz albums of the genre’s heyday (when LPs were around six tracks total).  The Bluest Note is the storytelling and inner-city expressions you’ve come to know and love from me, attached to the jazz orchestration I’m dying to introduce to some and re-introduce to others. Ladies and gentlemen, this is, The Bluest Note…”

In addition to announcing his new project, Skyzoo also released the project’s first single ”Good Enough Reasons,” which is now available for streaming.

Skyzoo’s The Bluest Note will be available to pre-order, add and favorite at your preferred DSP starting at midnight.