“Hand of the Dead Body” was the first single from Scarface’s third album, The Diary. The song featured a verse from Ice Cube and a chorus from Devin the Dude and was produced by N.O. Joe, Scarface and Mike Dean.

“Hand of the Dead Body” found some success, making it to three Billboard charts, finding the most success on the rap charts where it peaked at 9. The song’s lyrics is centered on the government, the media and music critics who are quick to attack gangsta rap for violence on the streets. A music video featuring Scarface and Ice Cube rapping in a conference was also released. 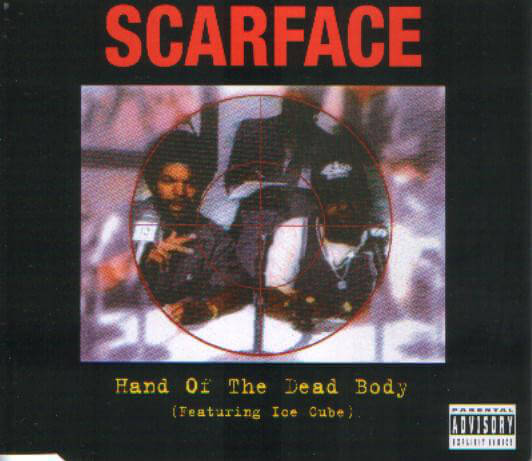