“It Takes Two” is a song by Rob Base and DJ E-Z Rock . It became a hit single that was later certified platinum by the RIAA.

As stated by music criticStephen Thomas Erlewine of the All Music Guide, “There are many critics and listeners who claim that Rob Base & DJ EZ Rock’s ‘It Takes Two’ is the greatest hip-hop single ever cut. It’s hard to disagree with them.” 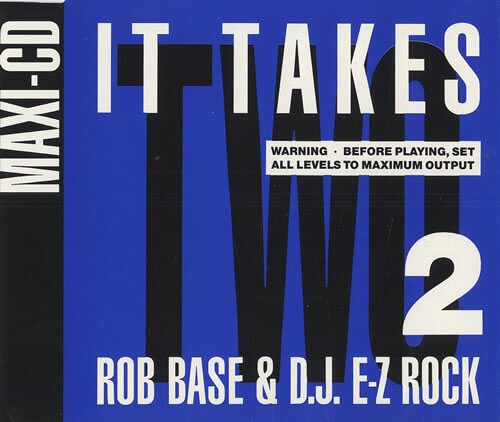