OutKast have shared a new video for their 1996 single “Two Dope Boyz (In a Cadillac)”, as part of their marking of the 25th anniversary of their classic second album ATLiens.

The record features outer space-inspired production sounds, with Outkast and producers Organized Noize incorporating elements of dub, psychedelic rock, and gospel into the compositions. Several songs feature the duo’s first attempts at producing music by themselves. Lyrically, the group discusses a wide range of topics including urban life as hustlers, existential introspection, and extraterrestrial life. The album’s title is a portmanteau of “ATL” (an abbreviation of Atlanta, Georgia) and “aliens”, which has been interpreted by critics as a commentary about the feeling of being isolated from American culture.

ATLiens debuted at number two on the US Billboard 200 chart, and it sold nearly 350,000 copies in its first two weeks of release. The album was very well received by music critics upon its release, who praised the record’s lyrical content. It has been certified double platinum by the Recording Industry Association of America (RIAA), for shipments of two million copies in the United States. The album spawned the singles “Elevators (Me & You)“, “ATLiens“, and “Jazzy Belle“. Since its release, ATLiens has been listed by several magazines and critics as one of the greatest Hip Hop albums of all time. 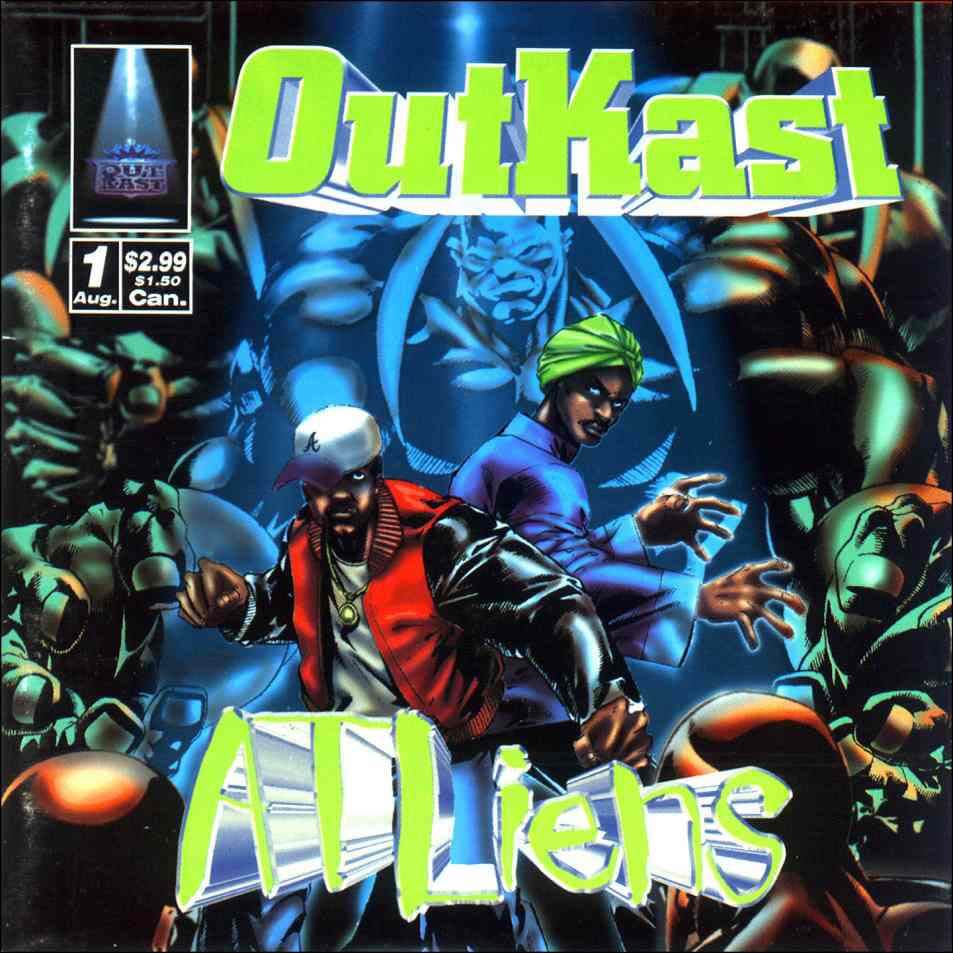