“Streiht Up Menace” is a 1993 single by MC Eiht off the soundtrack of 1993 movie Menace II Society.

The lyrics of the song focus on the life of the characters in the movie, acting as a sort of plot summary for the film. Compton’s Most Wanted also did this with another song from a soundtrack with the song “Growin’ Up In The Hood” from the Boyz n the Hood soundtrack. 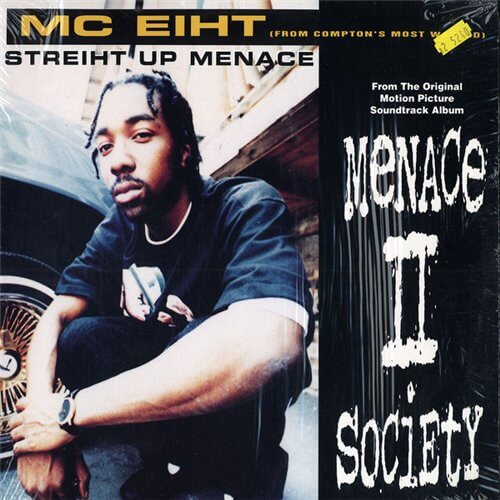