“4, 3, 2, 1” is a single by LL Cool J, Method Man & Redman, Canibus and DMX from LL Cool J’s seventh album Phenomenon. It was released on December 9, 1997 for Def Jam Recordings and was produced by LL Cool J and Erick Sermon. A remix was made with an additional verse from Master P. Both the original song (minus Canibus) and the remix (with Canibus and Master P) had accompanying music videos.

The song is notable for starting the LL Cool J vs. Canibus feud, LL took offense to the lines, “L, is that a mic on your arm? Let me borrow that”, which referenced his tattoo of a microphone on his arm – and which Canibus claimed was his own way of showing the rap veteran respect – and wrote an indirect diss to Canibus:

“The symbol on my arm is off limits to challengers / You hold the rusty sword, I swing the Excalibur”

“Now let’s get back to this mic on my arm / If it ever left my side, it’d transform into a time bomb / You don’t wanna borrow that, you wanna idolize / And you don’t wanna make me mad, n***a, you wanna socialize.”

Before the song was released, LL Cool J asked Canibus to change his lines. Canibus claims that LL vowed to modify his own lines as well, but the latter denied this and pointed out that nobody would know who he was talking about if only Canibus’ line was changed. The original version eventually leaked, and fans started to piece the lines together. Canibus would respond to the diss with Second Round K.O., LL would then respond to that diss with the “Ripper Strikes Back”, finally Canibus recorded another diss entitled “Rip the Jacker”, which sampled LL’s song “I’m Bad”. LL then released the diss track “Back Where I Belong” with Ja Rule, as well as scattered disses and sublimimals to Canibus on his 2000 G.O.A.T. album. In addition, despite appearing on the song, Canibus was omitted from the original music video for the song due to the feud, but was later included in the music video for the remix version. (Wikipedia) 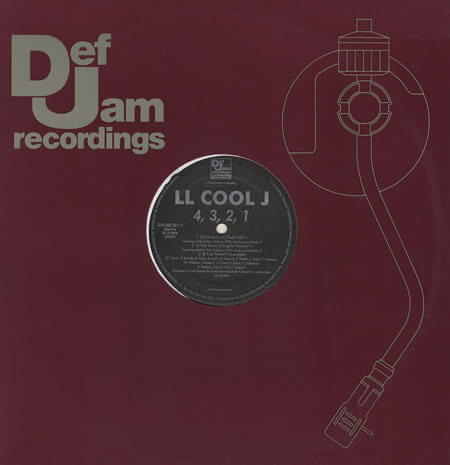