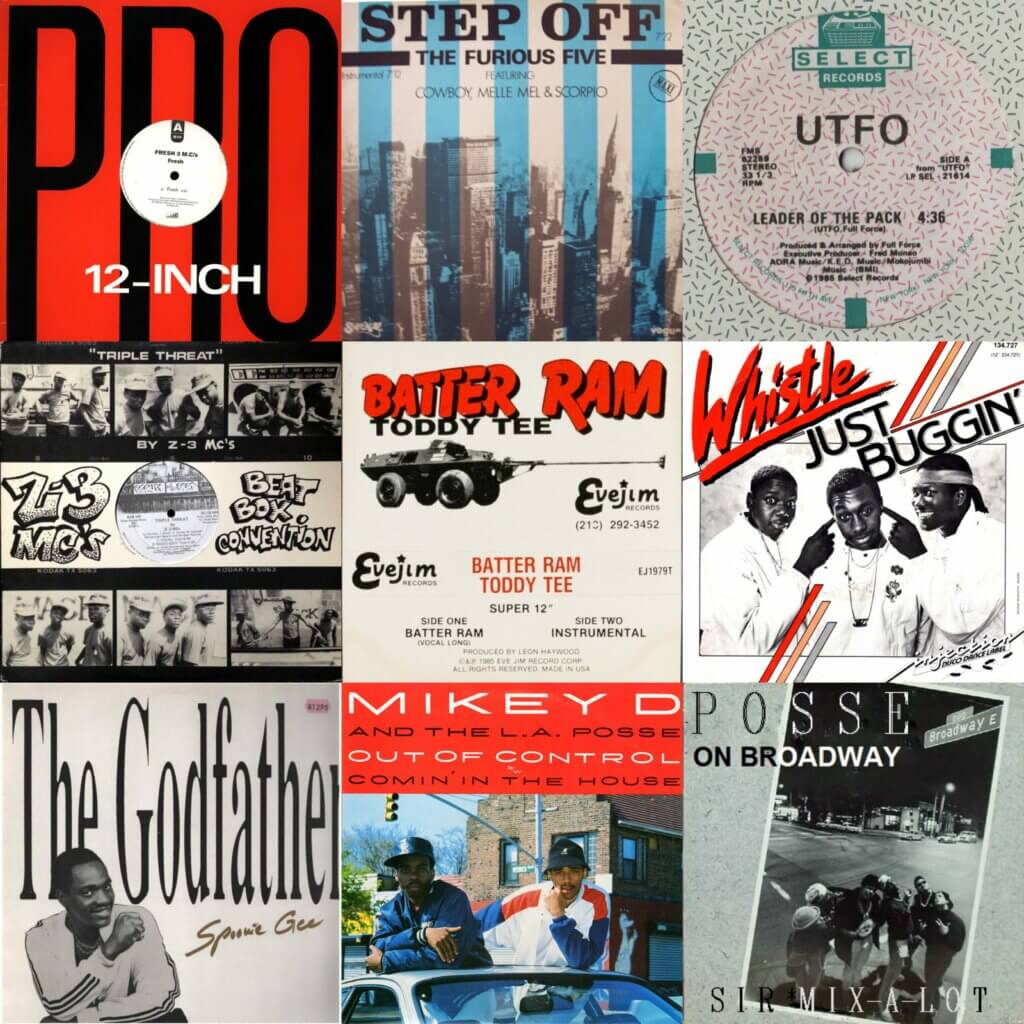 There’s also a lot of artists and/or songs that tend to be overlooked for all the wrong reasons. For this playlist, we’ve selected 29 of our favorite 1980s tracks most of which hardly ever show up on 1980s ‘best of’ lists. Of course, there’s a lot more – some we didn’t include simply because they’re not on Spotify, some because maybe we forgot about them… If there are any 1980s Hip Hop songs you would have included on a list like this, let us know! 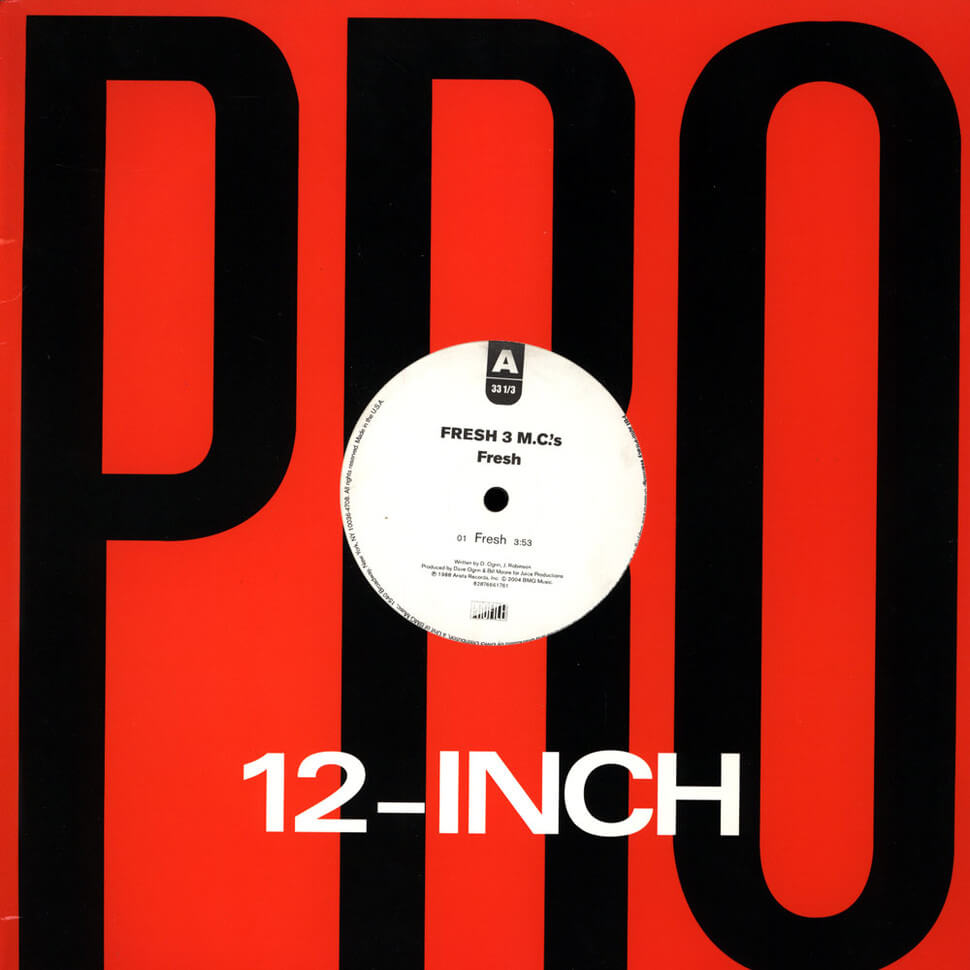 The Fresh 3 MC’s were a crew of four (Mr. Bee, Jay Kool, B-Unique (Born Unique), and DJ B-Divine) signed to Profile Records in 1982. Their debut single “Fresh” was released the following year. 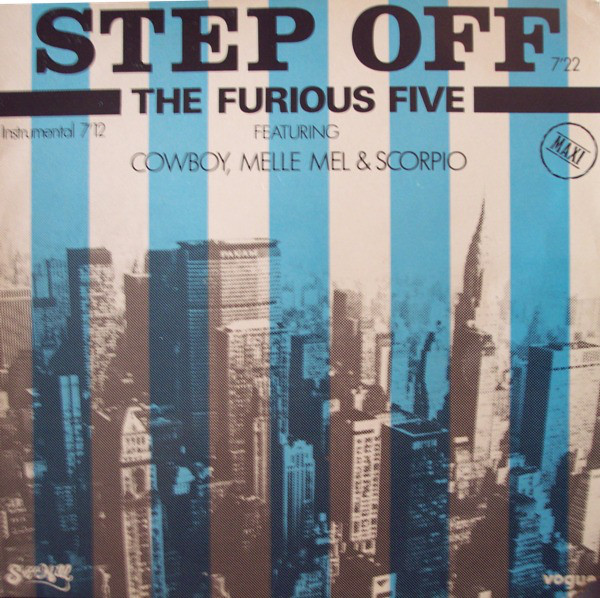 Grandmaster Flash & The Furious Five were responsible for steering Hip Hop in new directions with the mega classic “The Message” (1982), and other songs of course. Later lead-rapper Melle Mel would become the frontman of the Furious Five, and this is one of their later singles – not mentioned nearly enough when early 80s Hip Hop is discussed. 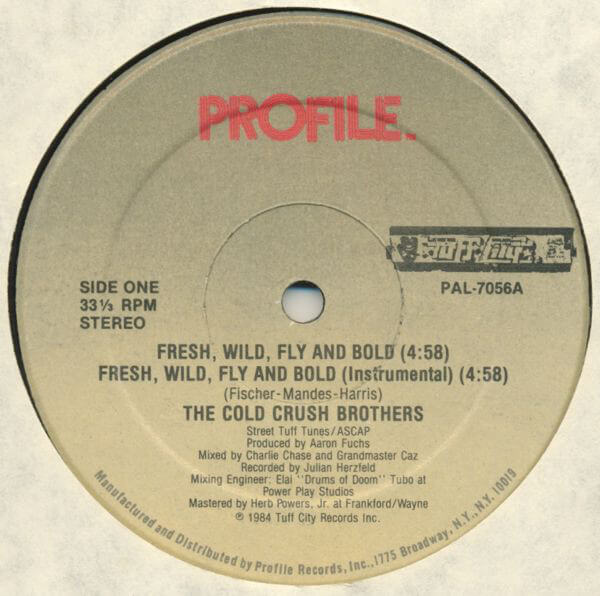 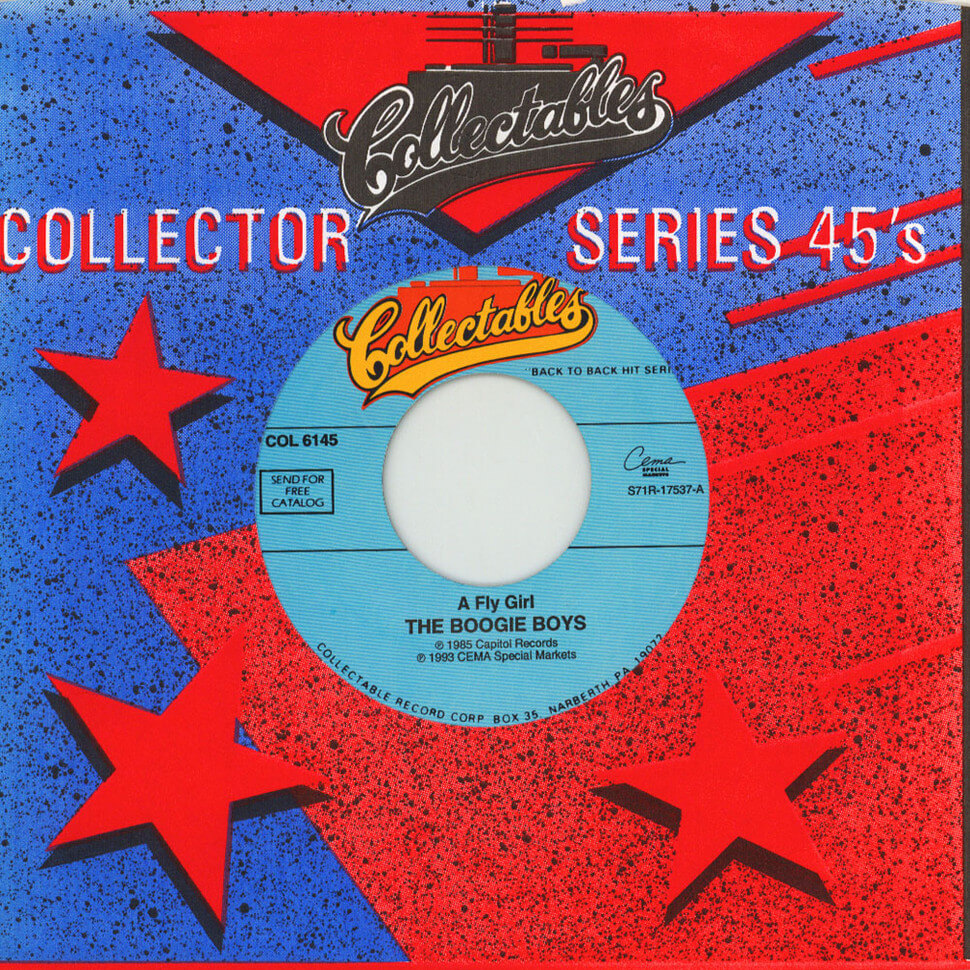 The Boogie Boys from Harlem, New York scored one hit in 1985 with this song, from their album City Life. They disbanded in 1988 but left a lasting impression with this song at least. 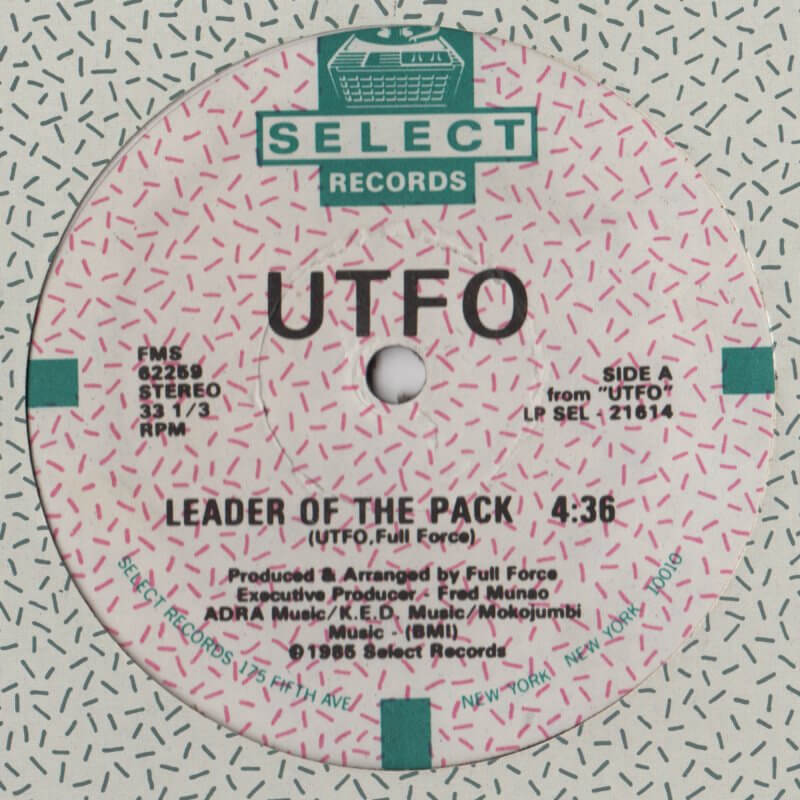 UTFO (which stands for Untouchable Force Organization) consisted of emcees The Educated Rapper, Kangol Kid, and Doctor Ice, and DJ Mix Master Ice. This tribute to Mix Master Ice is one of the stand out tracks from their 1985 self-titled debut album. 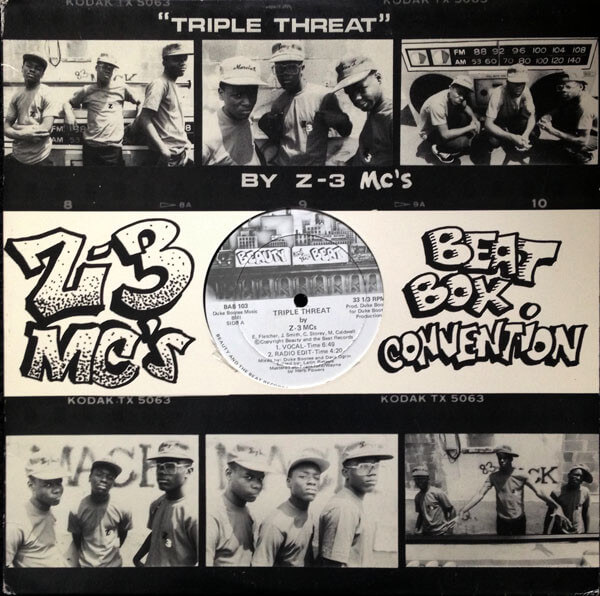 Probably the best-known song from this forgotten crew from Baltimore. A big track back in the day, also overseas on self-made mixtapes. 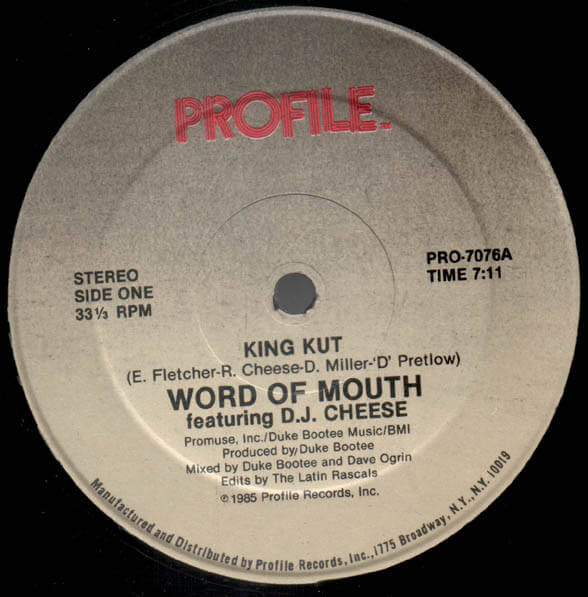 This song is another perfect example of how in Hip Hop early days emcees liked to rap about the importance of the DJ in a Hip Hop crew. “King Kut” features several recognizable samples and DJ Cheese definitely takes over the track. DJ Cheese won the World Mixing Championships in 1986. 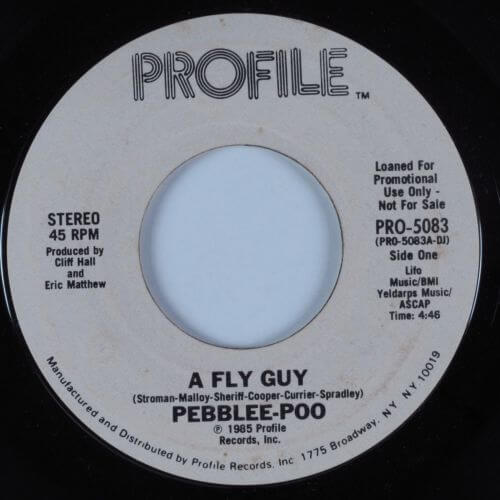 Pebblee-Poo was a ‘Herceloid’, legendary DJ Kool Herc’s first female soloist in the 1970s. “A Fly Guy” is her most famous single. 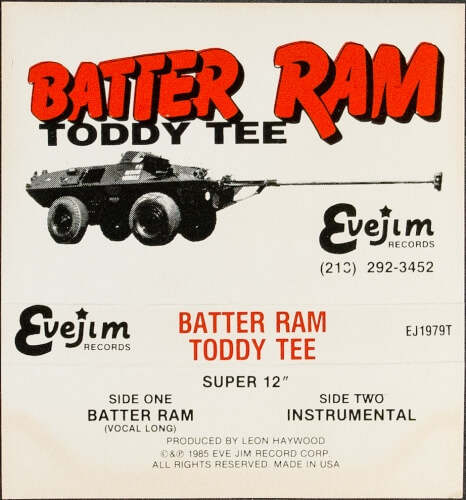 Straight Outta Compton – way before N.W.A started making noise – Toddy Tee came out with this commentary on the tank-like vehicle the LAPD used to use to break down suspected crack houses. A distinct departure from the disco/electro sounds and party lyrics that were still prevalent at the time, this track is a truly pioneering piece of work – sonically and lyrics-wise. 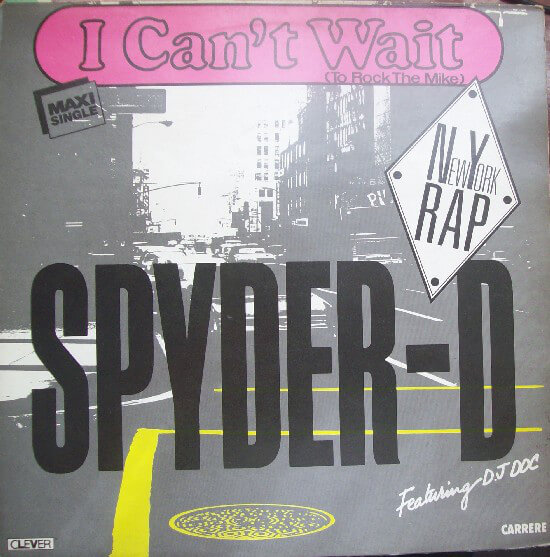 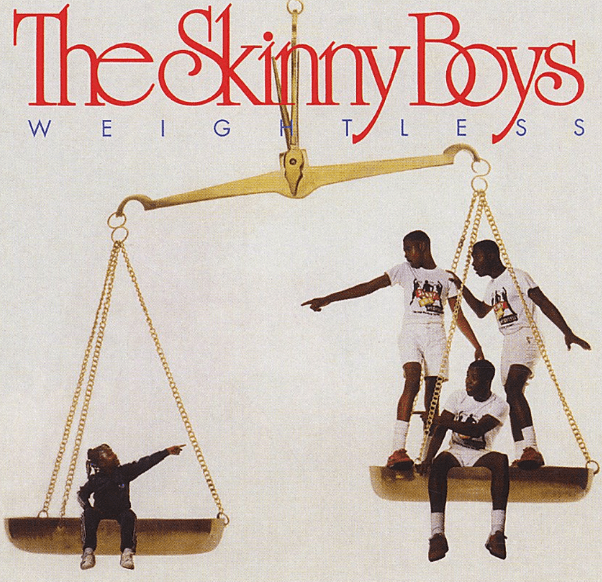 Skinny Boys was a group who derived their name and (beatbox) style from the Fat Boys. Although never as famous as their bigger counterparts, arguably they had a better catalog, with three solid albums in the last half of the eighties. What they lacked in comparison with the Fat Boys were singles that hit, although this one (from their debut album Weightless) was one heads all over the world had on their tapes. 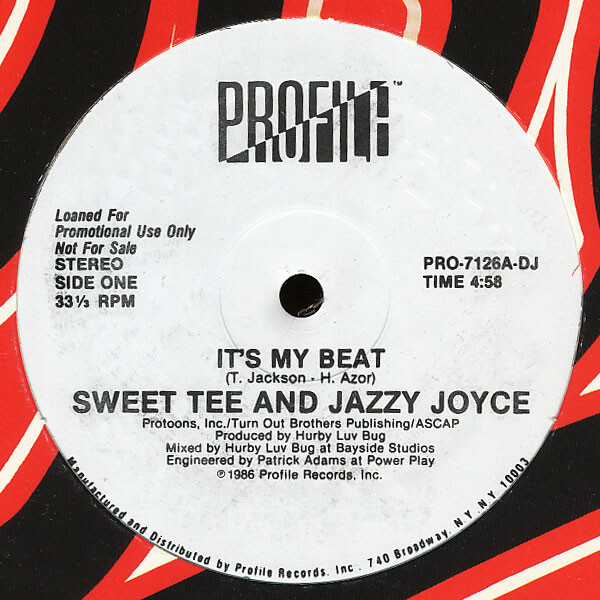 Those who were there in the eighties will remember this track. Sweet Tee was a dope female emcee who dropped a number of dope singles in the late eighties. Jazzy Joyce was a talented DJ, who is still going strong today. 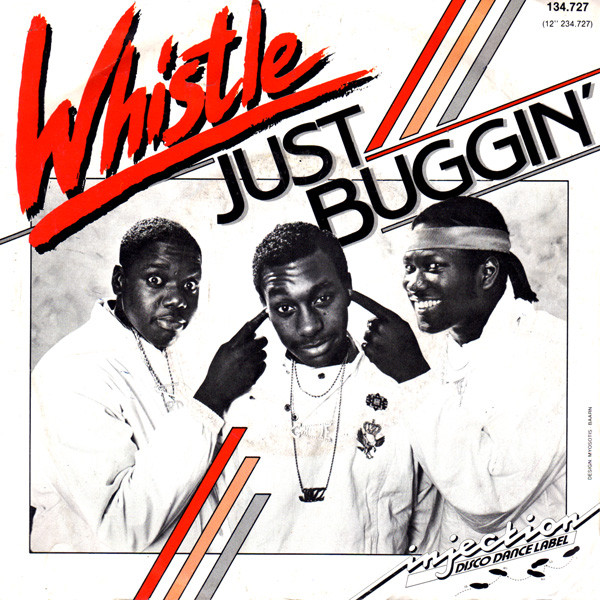 As early as 1986 the discussion about the difference between commercial ‘sell-out’ / pop-rap and real Hip Hop was prevalent. Because of this single with massive pop appeal, Whistle was one of those acts that got quickly dismissed as a ‘fake’ act. This, and the fact they dropped a kind of weak album to go with this hit single, make them a one-hit-wonder. But however you look at them – this song is fun and hard not to like. 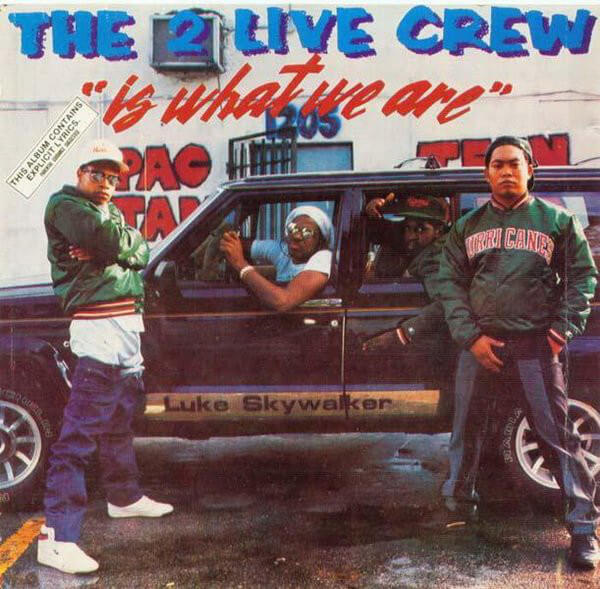 Luke Campbell’s 2 Live Crew was a pioneering act from Miami, who gained massive popularity AND notoriety because of their vulgar sex-laced lyrics. This is one of their best songs (without their trademark obscenity and profanity!), from a year or two before they made it big – this is just fresh and elemental Hip Hop with dope lyrics and great turntable work. 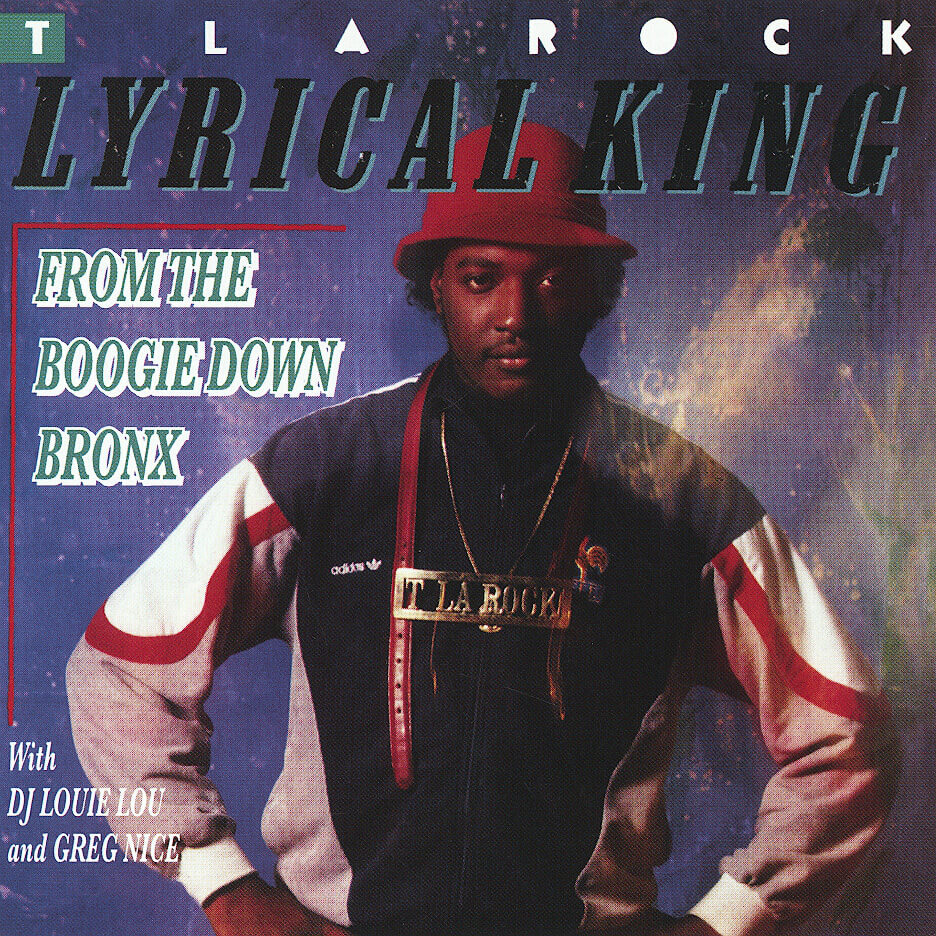 From the Boogie Down Bronx… “Lyrical King” is a classic cut from an undervalued pioneer. Kurtis Mantronik’s hard beats and snares, combined with T La Rock’s dope rhymes make for an unforgettable banger. 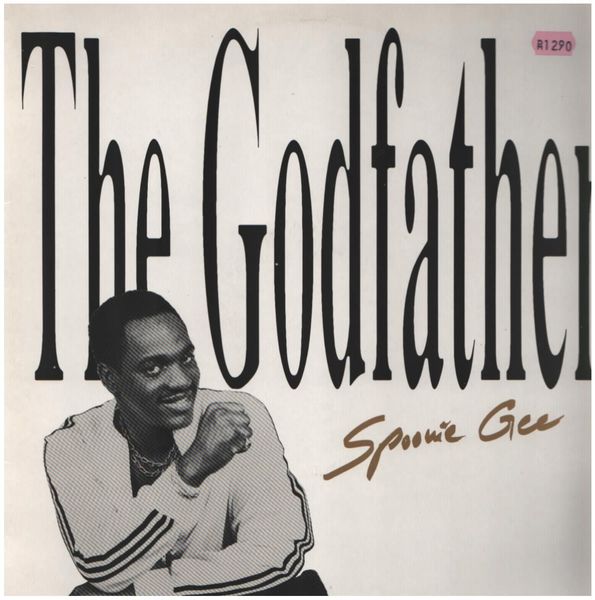 Spoonie Gee is an old school rapper who was affiliated with old school acts The Sequence and The Treacherous Three in the late 70s and early 80s. By 1987 he was old news, but with the help of Marley Marl managed to release an album from which this single became quite a big club hit all over the world at the time, but which is hardly ever talked about nowadays. 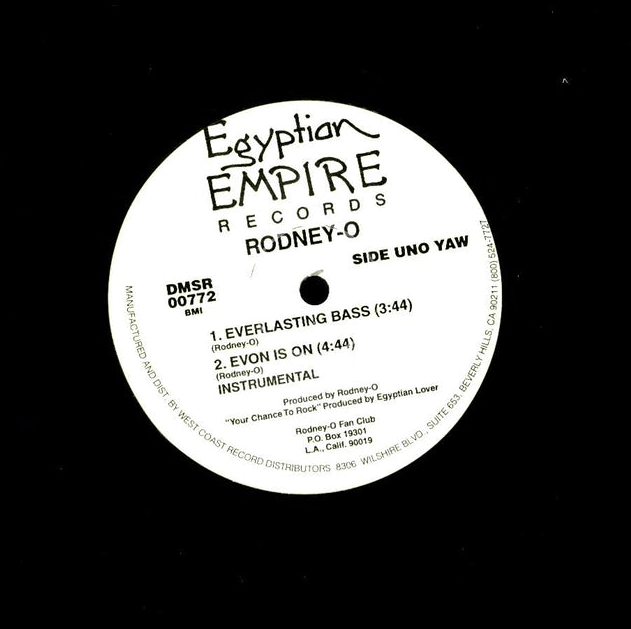 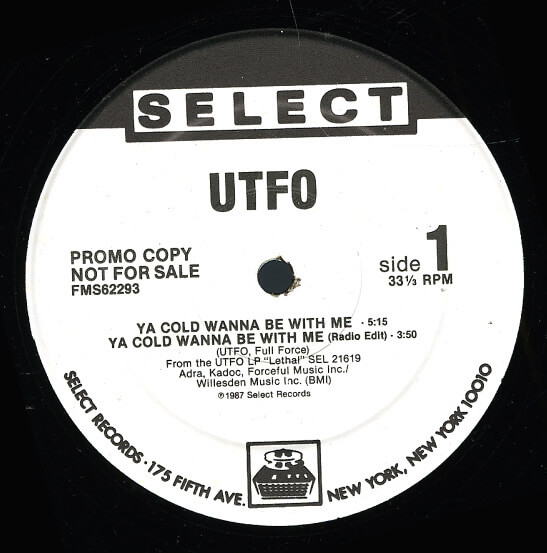 This is one of the best tracks from UTFO’s underrated 1987 album Lethal. 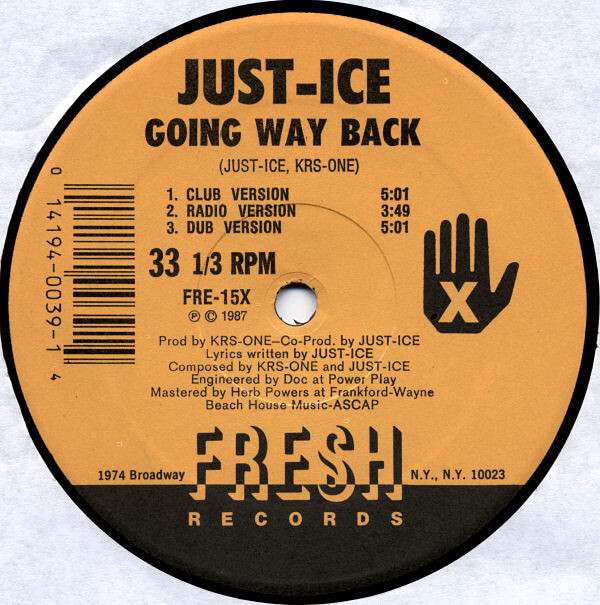 This track by Just-Ice (with the help of a young KRS-One) deals with the origins of Hip Hop in the Bronx and the rest of New York. Just-Ice namedrops everyone that mattered at the time – this is a dope 5-minute lesson in Hip Hop history. 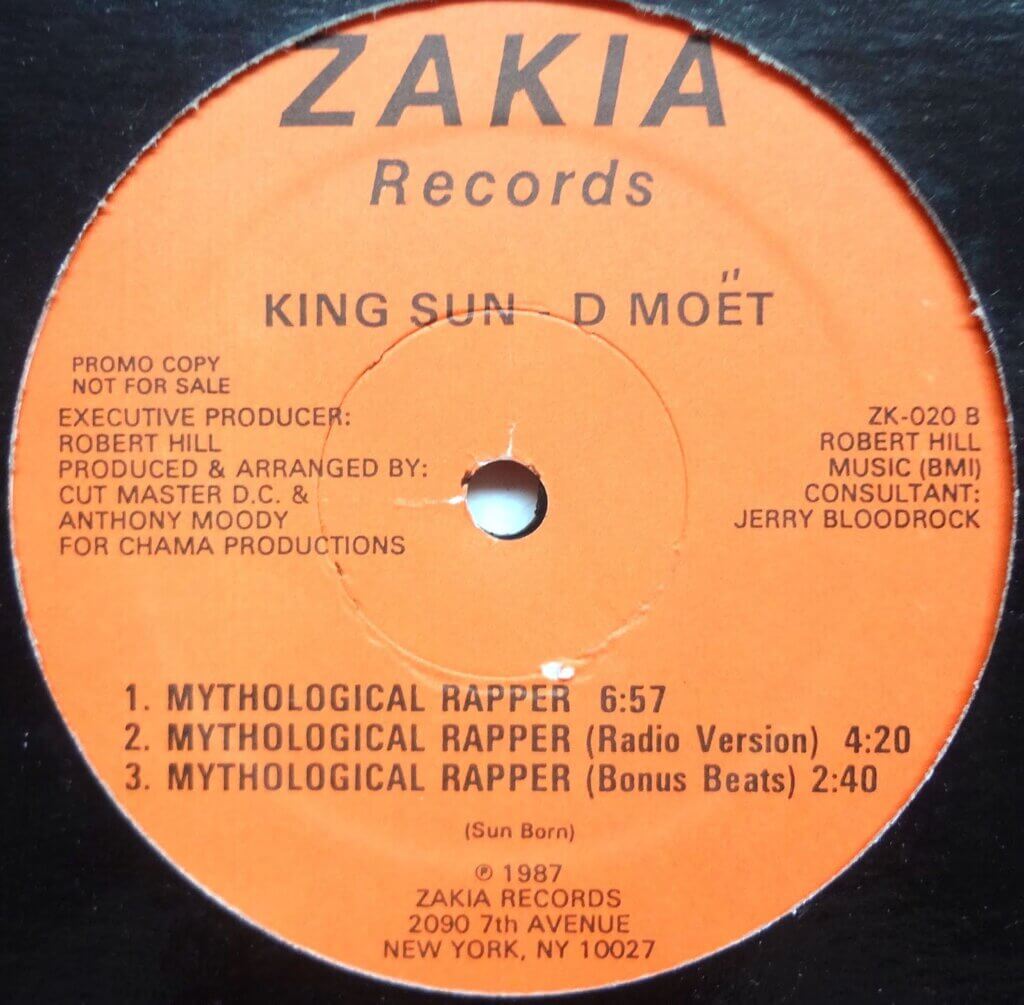 “Mythological Rapper” is a monster single by underrated rap pioneer King Sun. It would later be included on King Sun’s debut album XL (1989). 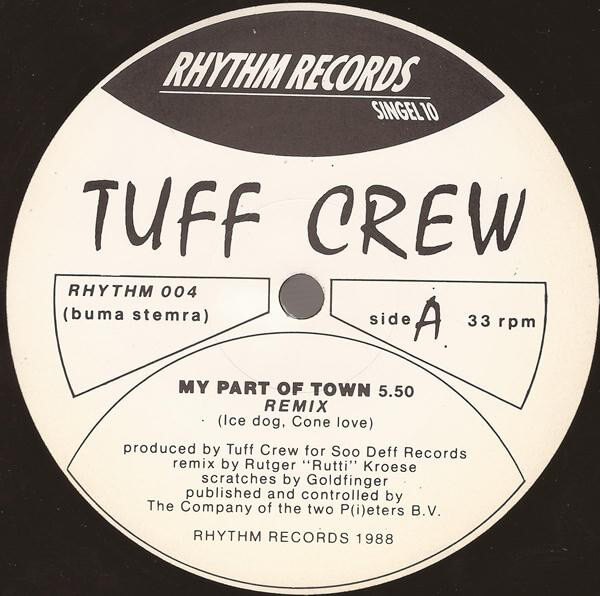 “My Part Of Town” is an awesome track from a forgotten crew from Philadelphia. DJ Too Tuff KILLS it. 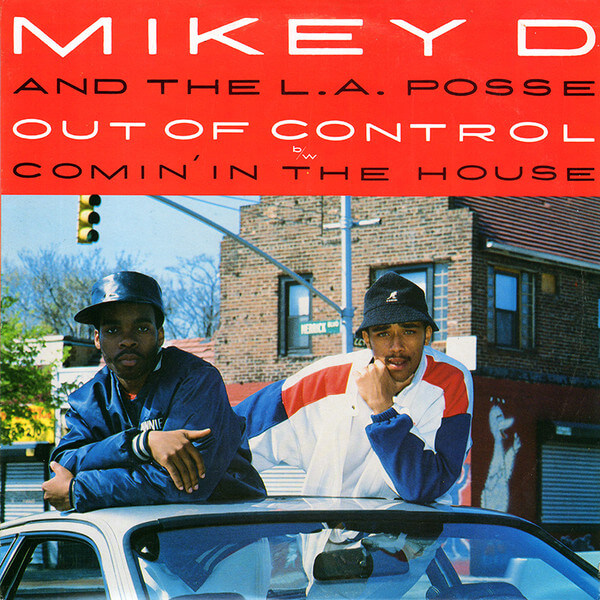 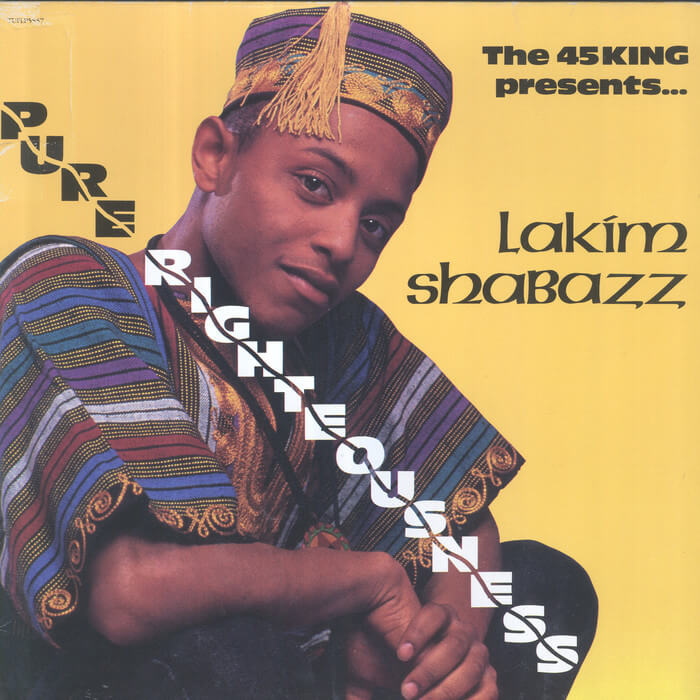 Lakim Shabazz was a dope emcee with a very distinctive voice. With the always competent hands from the 45 King on the boards, his debut album is a slept-on gem, the title track is one of the stand-outs. 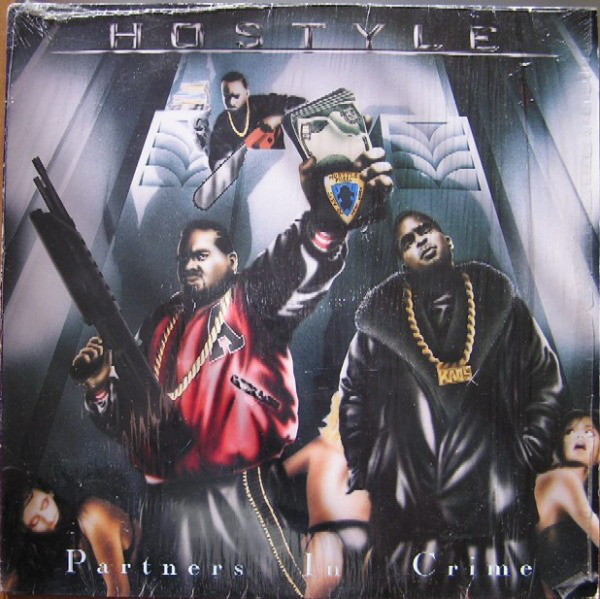 Hostyle’s Partners In Crime was a forgettable album with just a few dope tracks on it, “A Criminals Love Story” with its driving bass-line is the best one. 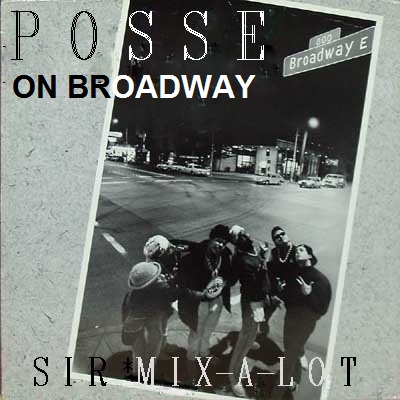 Seattle’s Sir Mix-A-Lot is best known for the classic booty anthem “Baby Got Back” (1992). He was holding it down long before that, however – “Posse On Broadway” is one of the bass-bumping centerpieces on his Swass debut album. 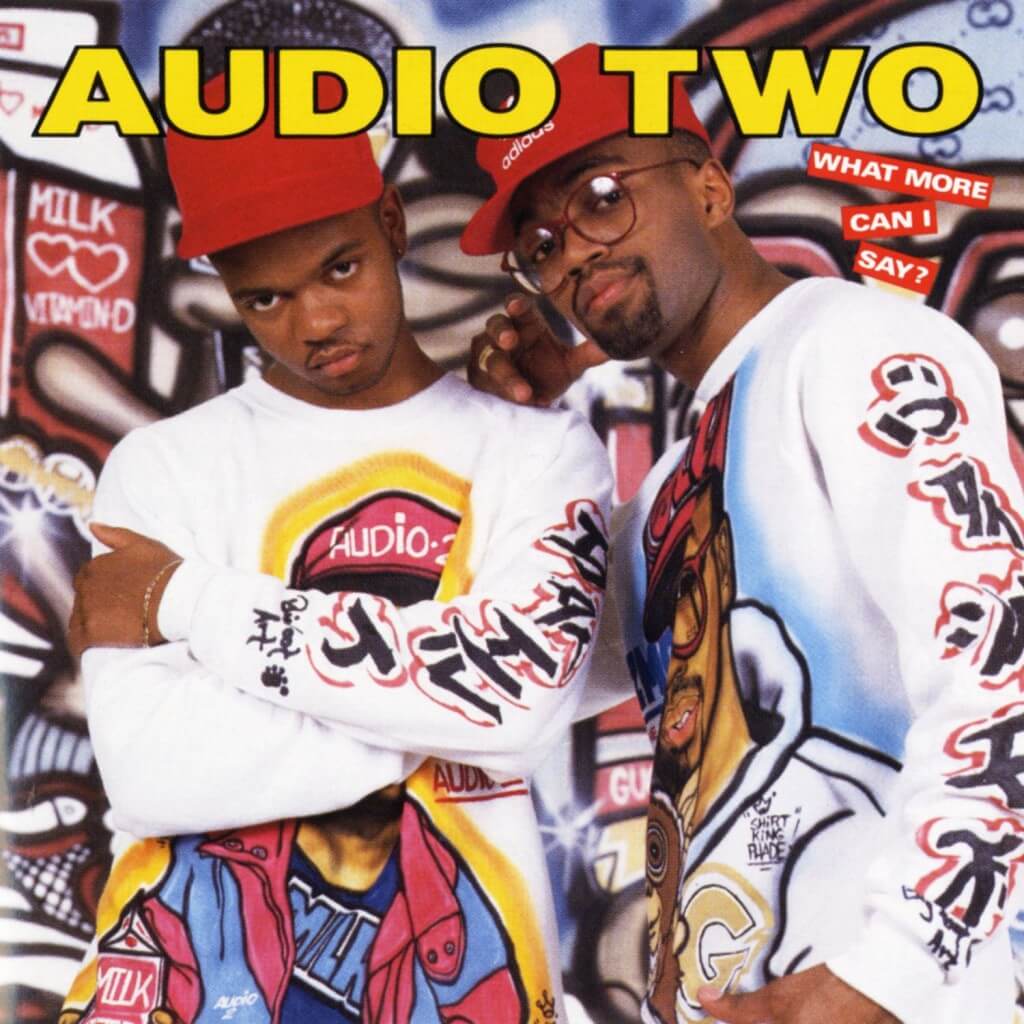 After “Top Billin’”, Audio Two’s monumental first single album was released in 1987, expectations were high for their debut album What More Can I Say? The duo failed to deliver however, because outside the mega-classic single “Top Billin’” there was only one other really good track on the album – this one. 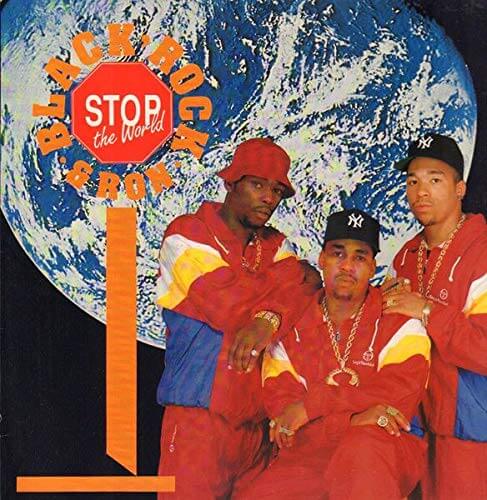 Black Rock & Ron was a trio hailing from Hollis, Queens, NYC. Their debut and their only album failed to gain much attention upon its release. A shame, because there’s enough to enjoy on Stop The World. With quality producers like Jazzy Jay, Paul C. (Ultramagnetic MC s, Super Lover Cee & Cassanova Rudd, Organized Konfusion), DJ Doc (Boogie Down Productions), and Skeff Anselm (A Tribe Called Quest, Brand Nubian) on the boards, Stop The World really was a solid album that should not be forgotten. “Stop The World” is the title song and one of the best tracks on the album. 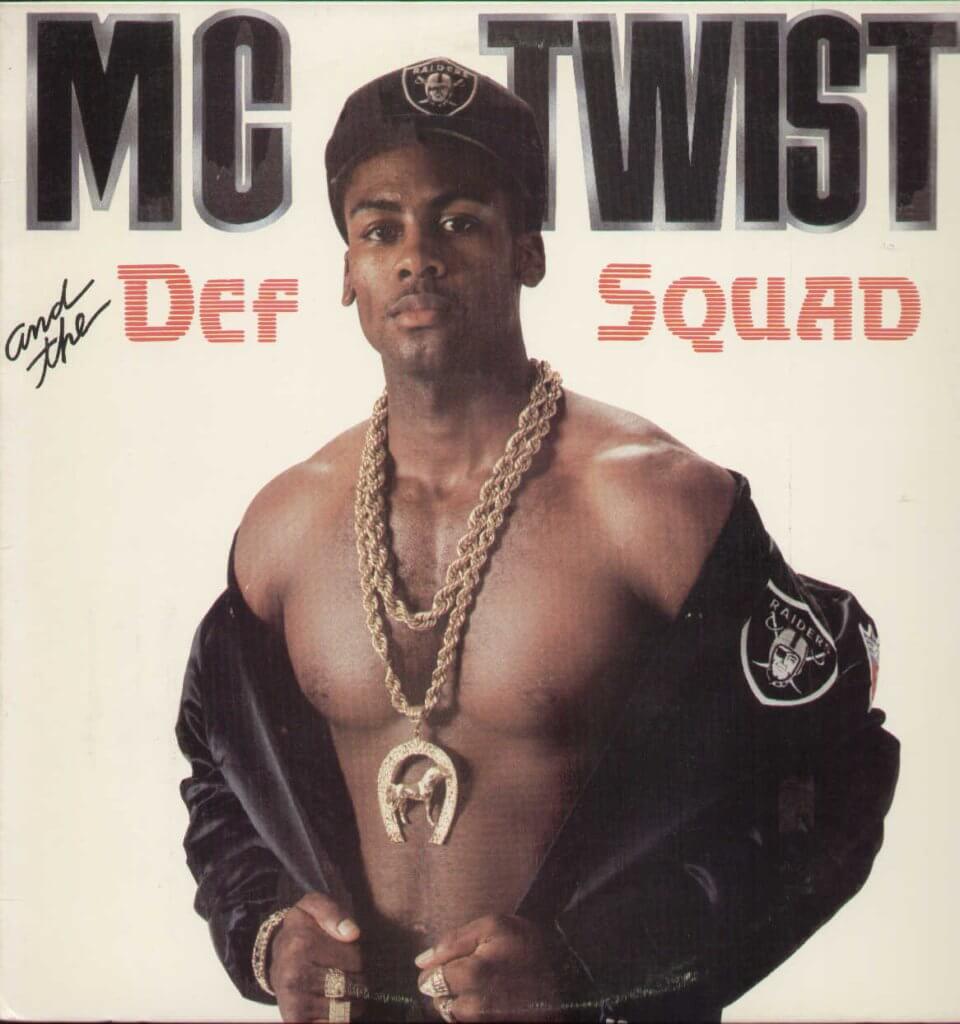 MC Twist was a rapper from San Jose, California, who dropped a solid album in 1989 with Comin’ Thru Like Warriors. “I Like It Loud” is the best track from said album. 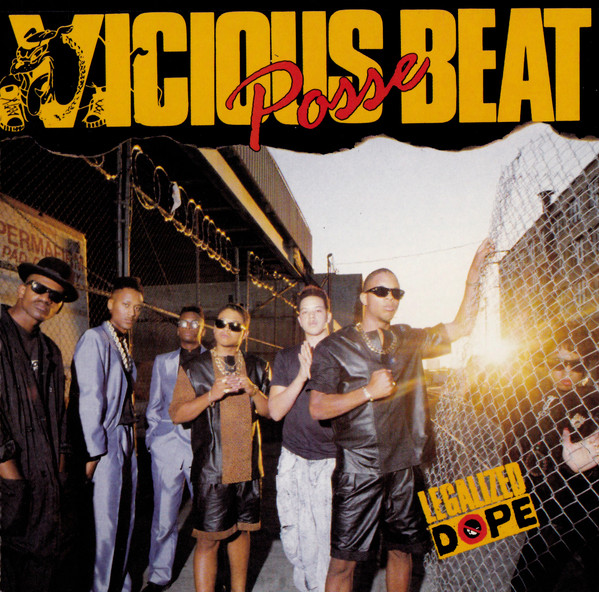 Vicious Beat Posse dropped their debut album Legalized Dope in 1989 and disappeared from the Hip Hop scene soon afterward. Although they were from California, this album has more of a NY vibe to it. No gangster rap, but a mix of party and positivity vibes. Not an essential album, but worth checking out anyway – “Fundamental But Essential” is one of the best tracks on Legalized Dope.