Article May 12 2017 Written by Sean Chandler

There’s a certain amount of intimidation that comes with writing a piece about an emcee of Sean P’s caliber. Sean is such a legend in the culture of Hip Hop that you want every last word on the page to be extremely well thought out in order to give the man his proper just due. At least that was the case with this piece, and in a way I still don’t think there is a way to possibly give Sean the total respect he deserves. Regardless, I’m gonna do my best to give Sean a proper literary salute. 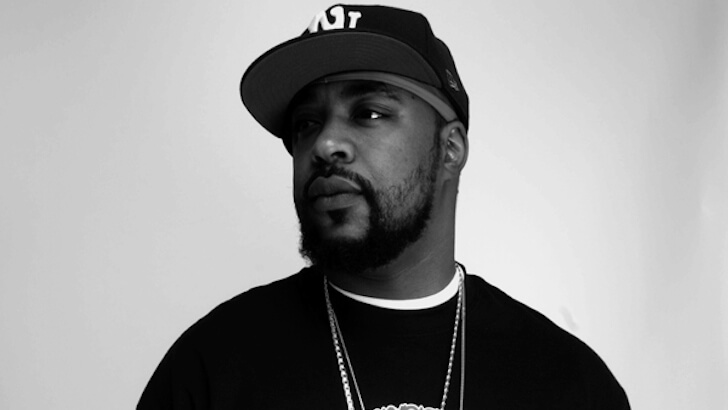 I’ll start with the deciding factor for writing this piece. I happen to be an avid listener of podcasts and the other day I was catching up on The Premium Pete Show. I’ve been a fan of Pete since he was part of The Combat Jack Show and it was only right that I continue to listen when he decided to venture out and do his own show. Looking back I’m not sure exactly what took me so long to begin doing so but that’s beside the point. Anyway, episode 2 of The Premium Pete Show, titled “Sean Price Lives On” comes up on my playlist.

Now I immediately get hyped not only because Sean P is one of my favorite emcees of all time but also because I know the history of Sean and Pete, they were very close friends during Sean’s short time on this earth so I knew if anybody could pay him the proper homage he deserved in podcast form it would be Pete. Little did I know how impactful the next 1 hour and 54 minutes would be.

Sean’s wife Bernadette, who you will be familiar with if you are a fan of Sean’s work due to his frequent mention of her as well as his children was a guest on the show. The strength of Bernadette is something that needs to be commended. For those that were heavy listeners to Sean’s music you already know that Bernadette was Sean’s everything, his wife, the mother of his children, his rock. It was one of the many qualities about Sean that I loved. He was never trying to portray this overly tough guy image, he just WAS. When it came to his family, he was proud to share his love for them and his admiration bled through the speakers. Bernadette and Pete went back and forth sharing fond memories of Sean while also having guests like Dallas Penn, Dru Ha, and Buckshot call up and do the same. When it was all said and done and the podcast ended I was blown away. I was immediately inspired to write this and with the recent 20 year anniversary of Heltah Skeltah’s “Nocturnal”, I felt like the timing couldn’t be better. 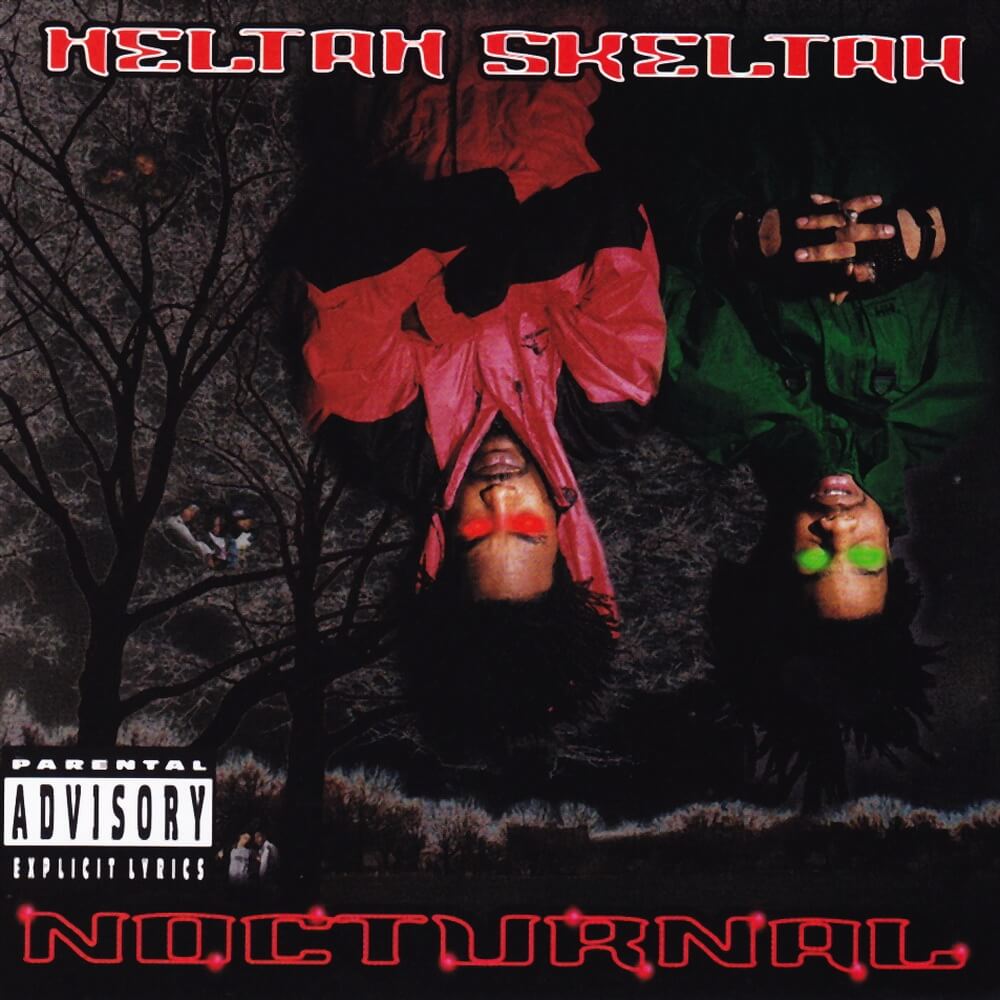 When Sean passed away on August 8th ,2015, I was just as shocked as the rest of the Hip Hop world. For an emcee that was such a big part of my love for the culture, it was a big hit. I imagine some people felt similar when Biggie or Pac passed, well, Sean P was Biggie or Pac to me. What I mean by that is that the impact he made on me music wise is something I can’t put into words. It completely changed how I viewed musical artistry. As a writer, when Sean passed I was very compelled to do a write up immediately, but after some thought I figured that it wasn’t the right time. I knew there were gonna be a flood of articles about Sean that weren’t even sincere, people just trying to be trendy and cover whatever was the main subject on Twitter on that given day. I didn’t want my piece to get lost or mixed in with those types of articles. My views and expressions are coming from a passionate stand point and I’ll be damned if they get put in the mix with writers that didn’t even hear a Sean P track until after his passing. 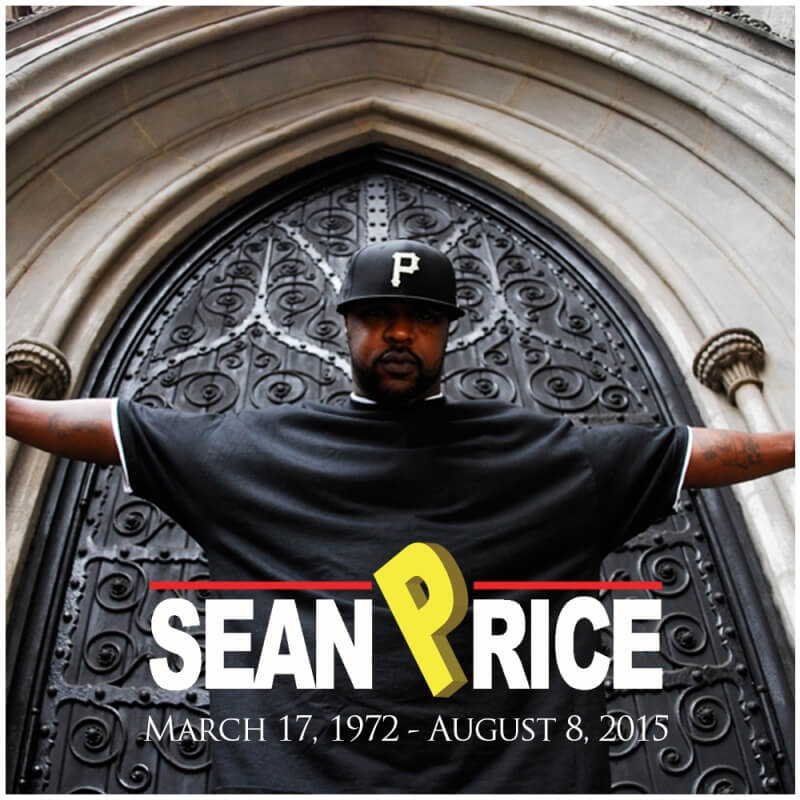 My introduction to Hip Hop came at a very young age, my father was a big Hip Hop fan and thanks to him I had the privilege of hearing some great records in my youth, records that looking back, my friends would have gotten in some big trouble for listening to. Lucky me I guess. Now, being so young, I wasn’t up on release dates of albums so I’m not sure of the exact date that I first heard Sean P on an album. It had to have been not too long after the release of “Nocturnal”. One of the weekend rituals that my father and I had were going to the local Strawberries, a now non existent music store and buying new cassette tapes to listen to. Looking back, those were some of the fondest moments of my life. We would walk in and I would immediately run over to the Hip Hop section of the store and start rummaging through the tapes. One of those days, I happened to come across the Heltah Skeltah tape “Nocturnal”. Little did I know back then that this tape would be the introduction to one of my favorite artists of all time. 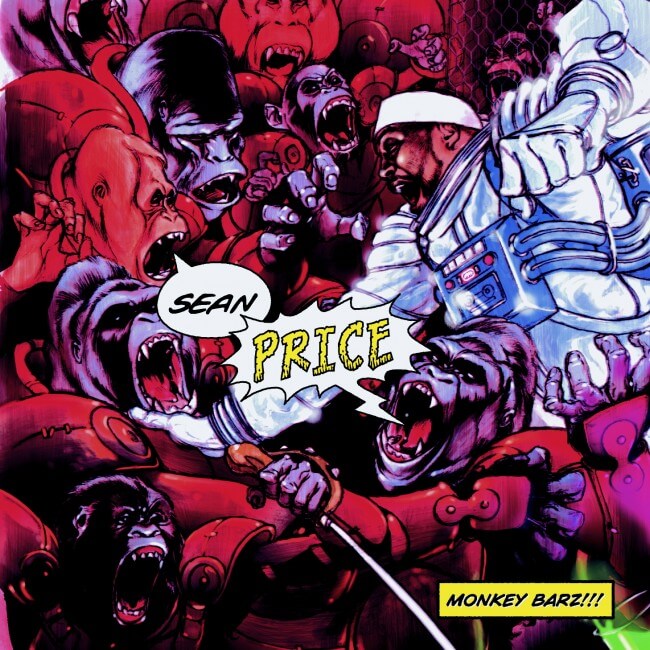 I’ve had a certain respect for lyricism since I was first introduced to Hip Hop. I wasn’t someone who just listened to what came on the radio. I was amazed by the way that these artists could mix words together over a beat to form this incredible poetry I was hearing. That being said, it all makes sense to me now why Sean P stuck out to me. He wasn’t someone looking to just get that one radio hit, make some quick cash and exit the game. He had a passion for the sport. Not only that but he had multiple attributes that made him such a diverse emcee. A mixture of lyricism, humor, some social commentary.

There are certain times when I’m listening to a Sean P track when I’m just locked in, soaking in the gritty NY street bars he’s spitting and head nodding with a mean mug on, and other times when I’m literally in tears laughing because he says such a comical bar that I can’t contain myself. That’s one of the things that separates Sean from a lot of other emcees, his diversity. I loved the work he did with Rock on the Heltah Skeltah albums and all of his other Boot Camp Clik records but his solo albums are the ones that really stick out the most to me personally when I think back on Sean’s music.

“Monkey Bars” is a classic, and all of that diversity that I was previously speaking about is evident on this album. One of my favorite tracks on the album “Heartburn” starts out with the bars “I love selling nicks at night, go home to my son, roll a spliff and watch Nick at night. I love it when my b**** cooks, comin’ home to a hot meal, it’s not real, the b**** can’t cook”. Now, some people that don’t understand P’s humor might not fully understand him, but to me, records like these are a perfect example of the type of man he was. The perfect mixture of being as street as can be but at the same time the biggest family man you would ever come across. 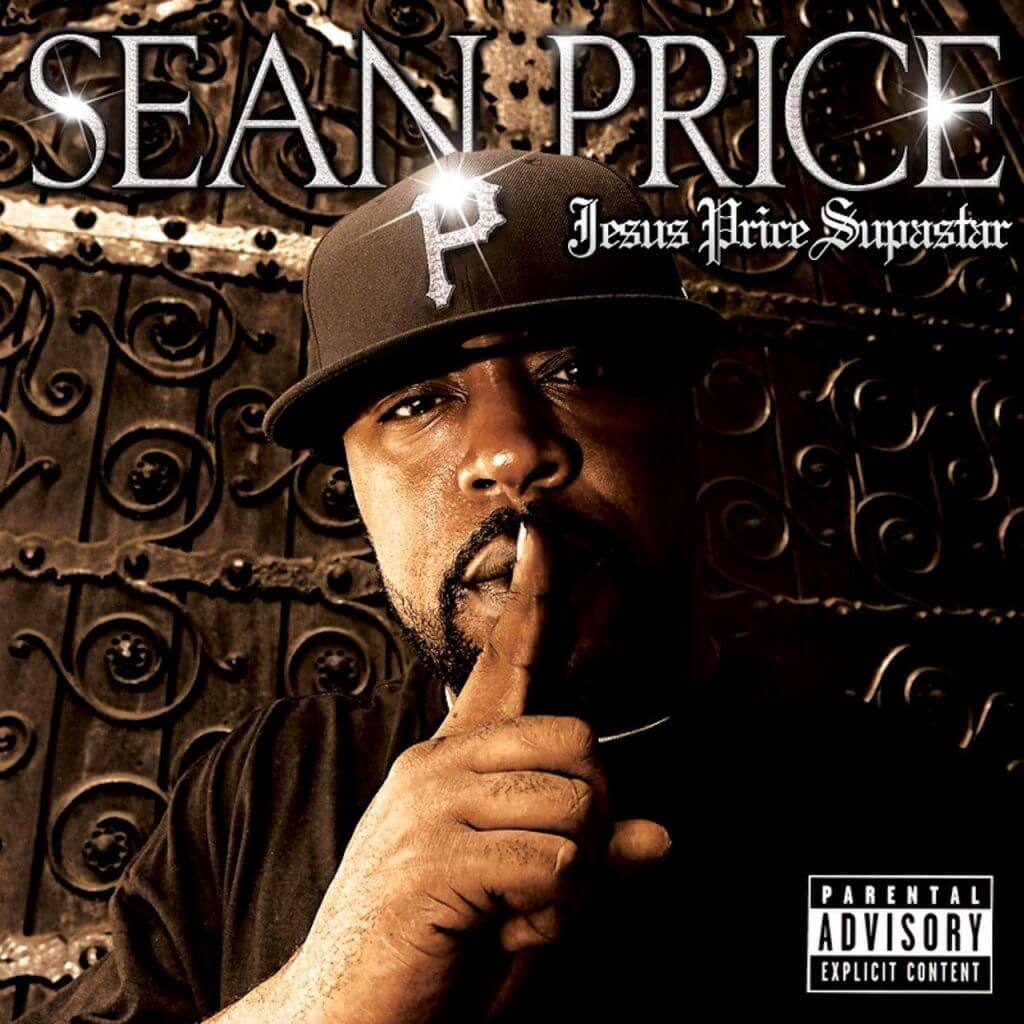 P’s second album “Jesus Price Superstar” was another incredible album. See, the trouble with honoring an artist as talented as P is that it would take a novels worth of material in order to do so, I could go on and on endlessly naming tracks and quoting bars but since I have limited space I’ll keep it limited. One of my favorite tracks off of this album is “King Kong”, Rock is back to assist with the hook and P spits vicious bars with razor precision over an incredible Khrysis beat.

Through P’s career he always remained P, there was never any selling out or giving in to what was the popular trend at the time. He did things on his terms or he didn’t do them at all. He went on to release multiple projects that were all incredible to me. “Master P”, “Kimbo Price”, “Mic Tyson”, and even the project released after his passing “Songs In The Key Of Price” were all phenomenal, because he was passionate about them and if he wasn’t he wouldn’t have released them. He made albums because he loved the art of lyricism and not because he was being rushed by a label head. Dru Ha, the head of Duck Down Records, and also a very close friend to P would often joke about how hard it was to get P to do certain things for promotion. P didn’t care about all of the extra stuff that came with being an artist, he just wanted to rap. 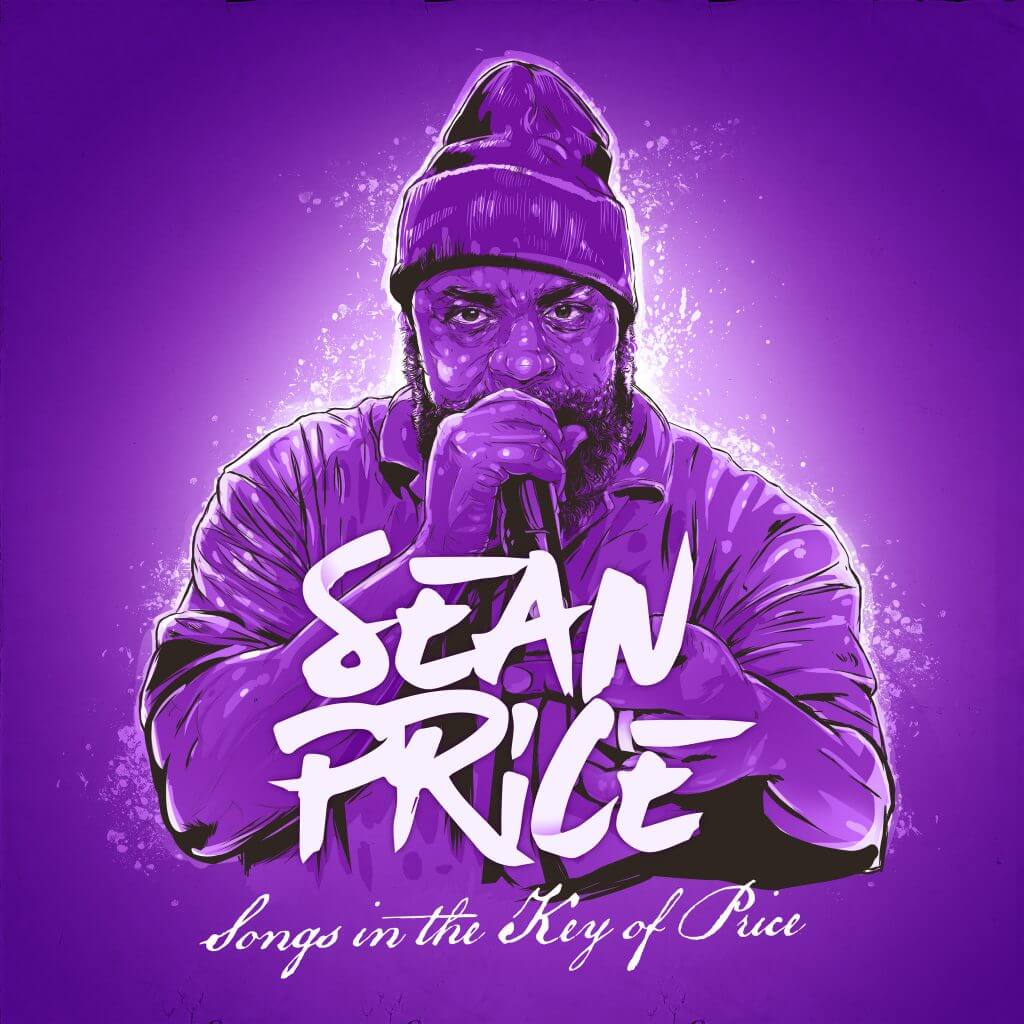 He was more than just a rapper, he was a father, a husband, a friend, and to me an unforgettable presence in this culture that we love, Hip Hop. Every last one of Sean’s projects is a mainstay in my music collection and it’s gonna stay that way. His passing hit hard but it’s also not gonna take an anniversary for me to listen to one of his albums. They will stay in rotation just as much as when he blessed us with his presence on this earth. I hope if some people are reading this that aren’t that familiar with his work that they will go check some of it out. I promise you won’t be disappointed. There’s a reason he was and still is so respected by everybody in the Hip Hop community and I will do my best as a die hard fan to keep his name alive as long as I’m alive. As I said earlier in the piece, Bernadette, his loving wife, has been the definition of strength in dealing with her loss and that doesn’t go unnoticed. I would like to take the time out to give a huge salute to her as well as little Shaun, the adorable daughter of her and P. I need you to know that your strength is acknowledged and commended. We will keep P’s name relevant forever and always remember Sean Lives On! 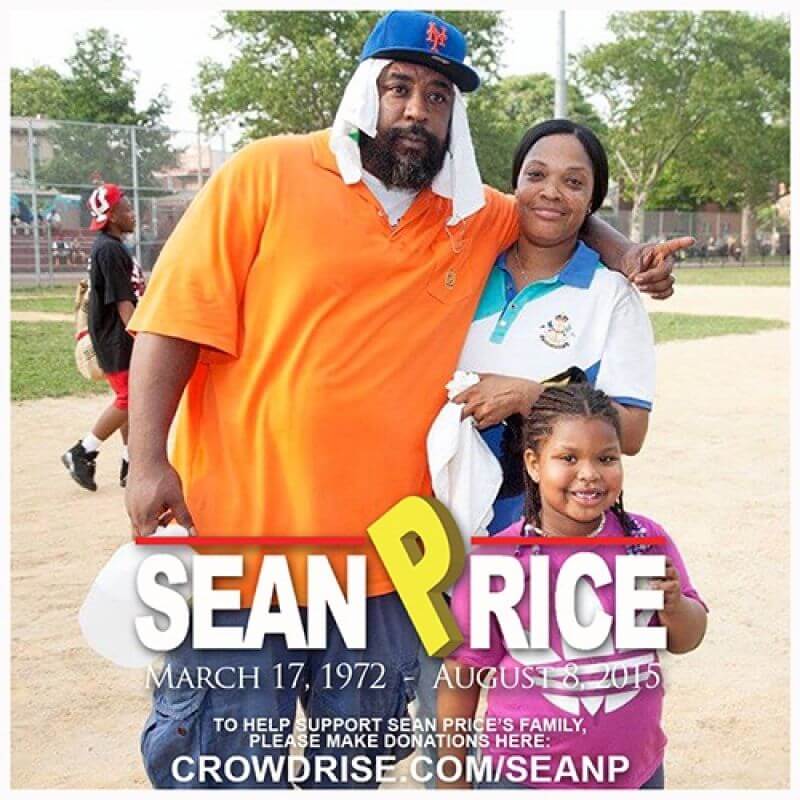 Thank you genuinely for taking the time out to read this piece, I truly hope you enjoyed it. If so, please go listen to some of P’s music or go to www.duckdown.com/website/store and purchase some Sean P merch to contribute to the legacy of one of our fallen soldiers. I appreciate all of you, and last but not least, thank you to P for the years of music, for the laughs and entertainment, for being yourself and staying that way 100% of the time. You will not be forgotten, only continuously celebrated. Your impact was something I can’t compare to any other and I refuse to not allow it to get the respect it deserves. Shine down on us king. P!

If you enjoyed this write up or any of my previous work feel free to follow me on Twitter @KingChandler219 , I appreciate all of the feedback.